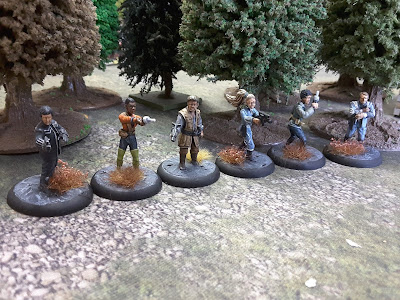 Some time ago now I dipped my toe into the world of 7TV, painted up a few figures but never really got much further with it.  The Boy Wonder is home from Uni due to the Triffid Invasion so we started at random to watch some old episodes of Blakes 7 and that got me thinking, I've got some figures for that somewhere.

There is a Yarkshire TV special on the Utubes, link below,

I had painted up the original cast three years ago,

There are 6 further figures to do for the "good" side, 3 of them pictured above cover people who came in part way through the show, Dayna replaced the original character Jenna after the 2nd series and joined at the same time as Tarrant who replaced Gan. Soolin played by the lovely Glynnis Barber arrived for the final series as a replacement for Cally the telepath. 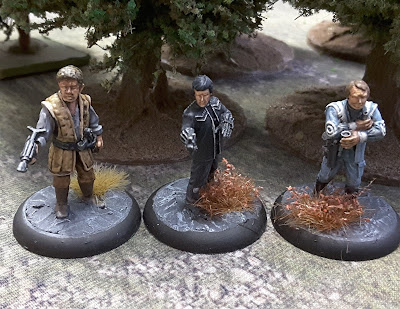 The other three figures in this group represent characters from the original cast but sculpted to represent their appearance in the later episodes. On the left is the older (Spoiler alert! ) version who comes back at the end of the show. 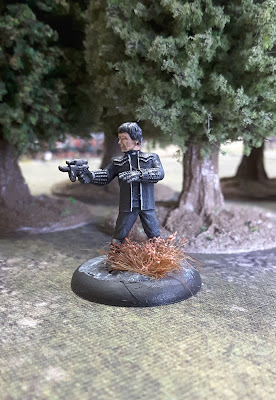 I do love these figures, there likeness is uncanny, especially this one, this is Avon who was played by Paul Darrow in all 4 seasons of the show (who sadly passed away recently). A great character who had some cracking lines. 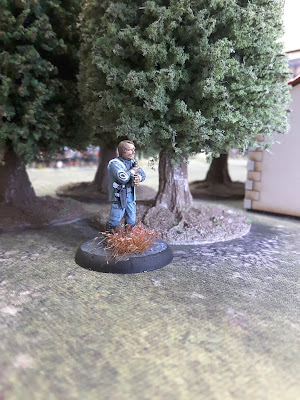 The other character who made it all the way through 4 seasons was the cowardly thief with an amazing ability to open locked doors, was Villa. 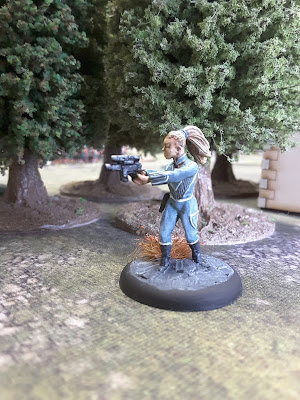 I managed a game of 7tv today, with the lad and even Mrs YG joined in, to be honest we all really enjoyed it, playing it alongside watching Blakes 7 made it even better, it was a really close game with a cliffhanger finish, maybe I will write about it one day. 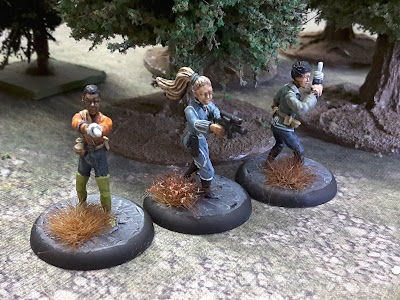 I've ordered some more figures to go with my Cops and Robbers casts so I hope to get some of those done soon.
Posted by Yarkshire Gamer at 08:22:00