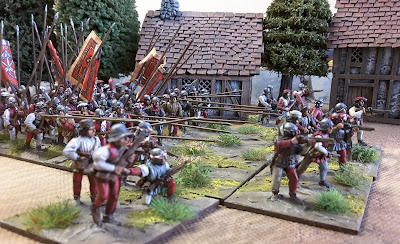 Big units are a chew on when you are doing them but when they are finished you can sit down and breath a sigh of relief that the job is done. That was very much the case with this unit, 48 figures in the Block itself and 16 accompanying Shot figures all in glorious Perry 28mm Technicolor. 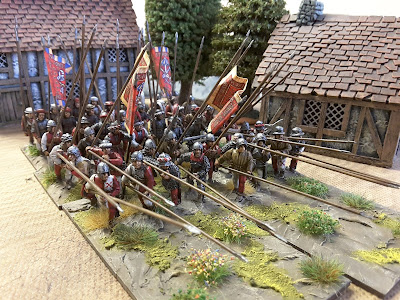 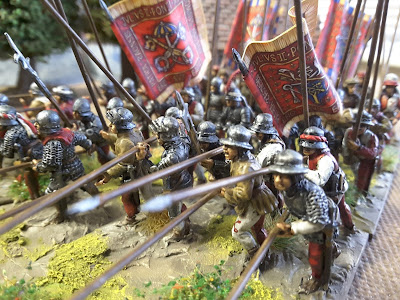 The 48 figures of the Block are based 8 figures to a base, the rear and central bases are 60mm x 50mm whilst the front ranks with the lowered pike are on 120mm depth bases, partly to protect the figures but mostly to protect the players as the Pike are steel and damn sharp. They are very unforgiving when they contact fingers ! 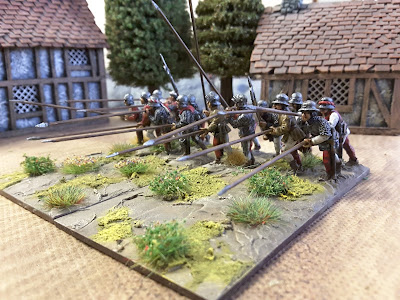 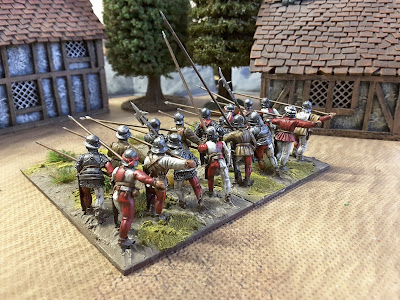 The front bases are all from the metal part of the Perrys Range and are mostly levelled pike with a single Polearm figure who sits in front of the flag on the base behind, each base has a single figure with a 60 degree pike purely because that's how the available figures worked out. 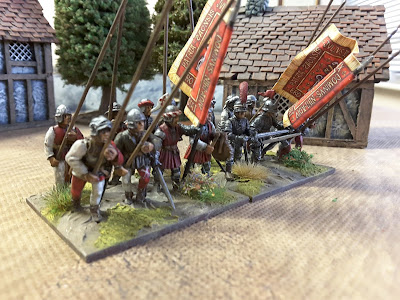 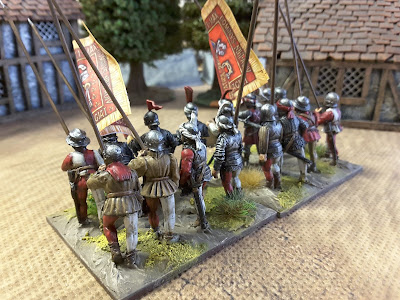 The middle bases have plastic command figures from the Mercenary Box Set whilst the majority of the others are metal, flags from Pete's Flags on eBay. 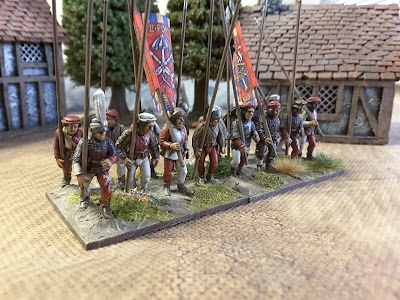 The rear bases are all plastic again with the flags from Pete's. The flags are those of Pope Julius II who was also known as the Warrior Pope, he was in office from 1503 to 1513 after the Borgia Pope. He was a huge patron of the arts, laying the foundations of the current St Peters Basilica and commissioning Michelangelo to paint the Sistine Chapel, an old film "The Agony and the Ecstasy" covers his relationship with the artist. Rex Harrison playing the Pope and Charlton Heston Michelangelo, worth a look if you haven't seen it. 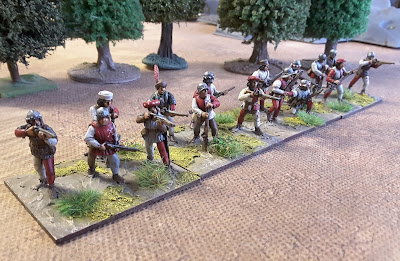 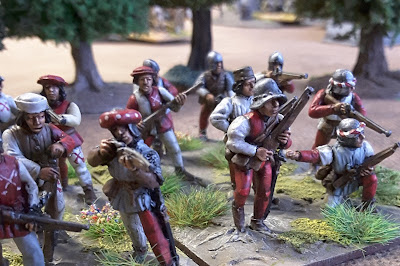 The shot part of the unit is again Perrys Miniatures with a mix of the plastic and metal figures, they are on the same 60mm x 50mm bases but with 4 figures per base. 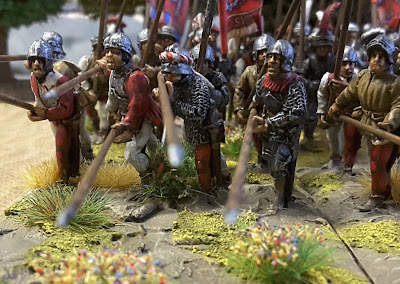 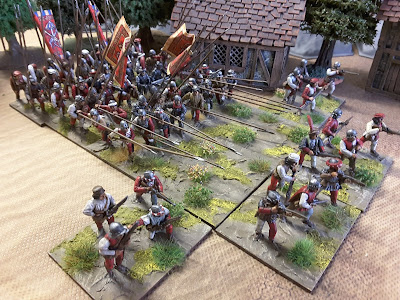 Also off the paint table this week are another 6 Gendarme this time Foundry Figures.

The unit is representative of Pier Orsini (1523 -1583) a Condottiero from the later part of the Italian Wars. Orsini inherited the duchy of Bomarzo seven years after the death of his father, mostly thanks to an intercession by Alessandro Cardinal Farnese (the future Pope Paul III). He later married Alessandro's relative Giulia Farnese. 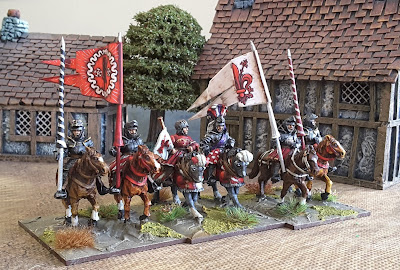 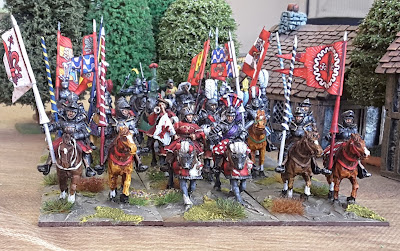 The figures are flying off the table at the moment and I ain't complaining about that ! Up next are some Stradiots and some WW2 Desert vehicles.
Posted by Yarkshire Gamer at 03:35:00 14 comments: 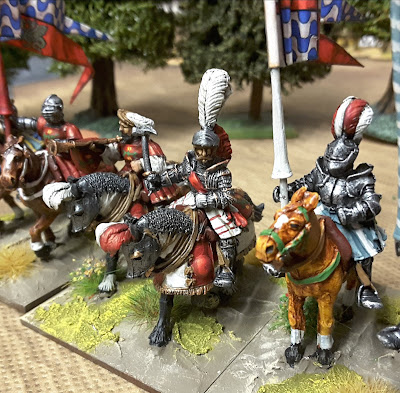 This year, as in the previous two I am taking part in the Analogue Hobbies Winter Paint Challenge, a Group of gamers and painters from across the world who get together, in a virtual sense, once a year. The idea is part competition, with points tables, side duels and part collective support of like minded individuals.

This year I am taking the opportunity to try and blast through the corner of the lead pile that constitutes my 28mm Italian Wars Project so I can get to the point where I can field a decent sized army and get some game time in on the rule sets I am looking at. 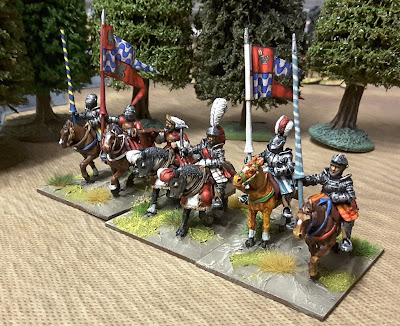 The event started on the 20th December and runs for 3 months. So far for the Italian Wars I have finished a unit of 16 shot, who will appear on here when I finish the accompanying Pike Block. Finished this week is this 6 fig unit of Gendarme.

The figures are from Foundry and although fairly old they are still great figures. The flags come from Pete's Flags on eBay and are representative of the early 15th Century Condottiero Micheletto Attendolo who died in 1451, a little early for my Italian Wars period but that isn't going to stop me using these great banners. 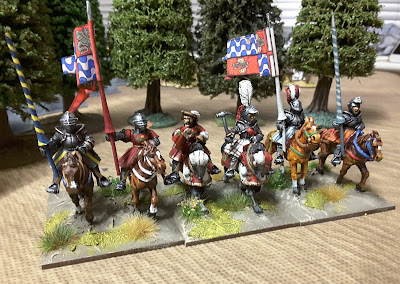 I have used the livery on the flag as a cue for the colour of the units clothing and added the flower motif on the flags to the horse furniture and men. I bought enough for 5 similar units just before Xmas so I am quite excited about how they are going to look en masse. 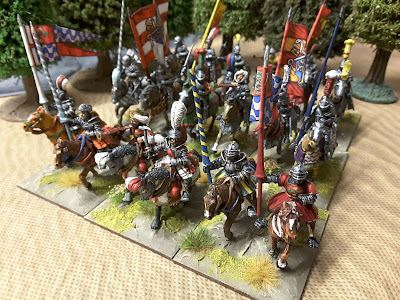 Above shows the current extent of my Gendarme collection, the 2 other units have featured on the blog before. Even though it's only 18 figures I am more than happy with the look, the flags and colours really give it something.

I have some mounted Crossbow up next as I slog through a Pike Block, looks like 2019 will be the year of the Italian Wars. 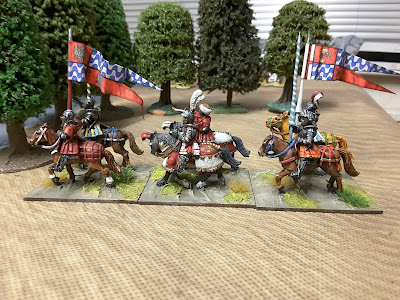