Princess Leia on the Run 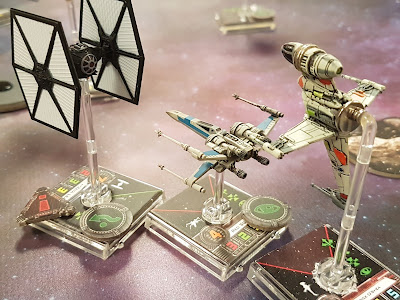 Welcome back, after a long break for Jutland related activities, if you didn't know this is a continuation of the X Wing Campaign, full explanation and details of Campaign rules are here. The set up page is updated on a regular basis. The upgraded Imperial List is in play.

We have received a long range message from the Tantive VI which has the vital supporter of the Rebellion, Princess Leia on board. She is carrying crucial information about the Death Star in a rather excitable droid.

The ship has been under attack from an Imperial Star Destroyer and managed to narrowly jump away however the jump drives have now failed and the Princess is in a vulnerable position whilst the repairs are underway.

It's highly likely that the Imperials will launch an attack with whatever forces they can muster so get in position and protect that ship. 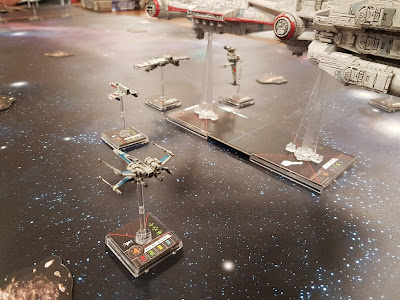 Tantive VI with Princess Leia and R2-D2 as crew plus 22 points of upgrades chosen by Rebel Players. 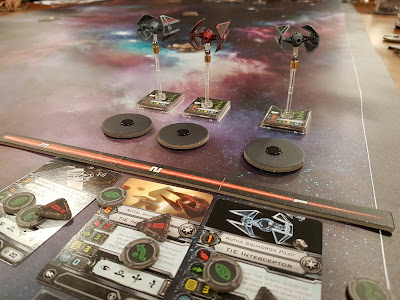 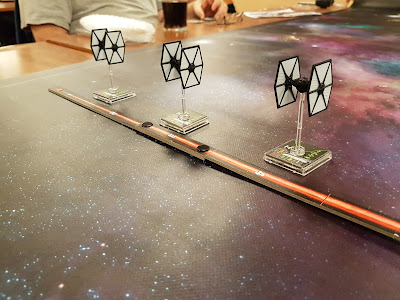 Empire ship selection is as follows, 2 Imperial ships per Rebel player, half start on table. Divide into 4 Sqns, No 1 will be Interceptors, 2 Tie F/Os 3 Bombers and 4 Standard Ties. First pilot in each Sqn will be a random named pilot remaining are random Sqn Pilots. All upgrades are random. 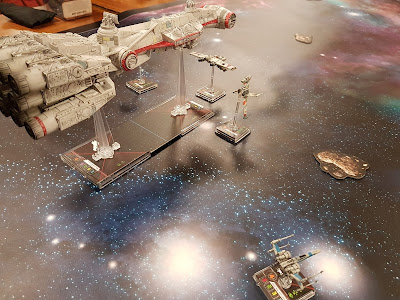 Rebel Players set up the Tantive up in the centre of their table edge and put their ships within range 3 of the large ships base.

Imperial players set up on their table edge.

There is no other Terrain.

The game will last until a victory is obtained. 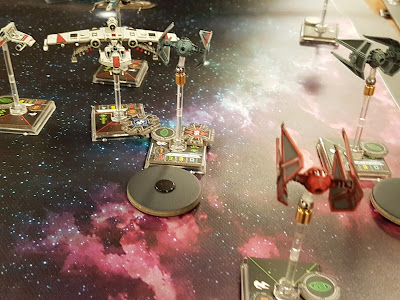 Tantive Hyperdrive - The drive is currently not functioning, during the energy allocation phase the Rebel Player may place upto 4 energy tokens on the hyperdrive card. At the end of the turn he rolls 1 Attack die per Energy token in the box. Each 2 hits (Not Crits) gain a Hyperdrive Token. After the dice are rolled the Energy Tokens are removed.

6 Hyperdrive Tokens are required to fix the drive.

After turn 1 the rebel player will gain 1 Attack Die per Hyperdrive Token in the box. Any Crit Hits by Imperial ships on the rear section of the Tantive will remove an Energy Token. 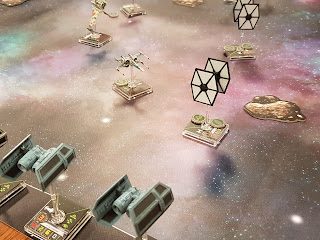 Large Ship Bases - Ships may come into contact with the base of the Tantive and fly over or onto it with no adverse effect and can fire \ be shot at as normal. 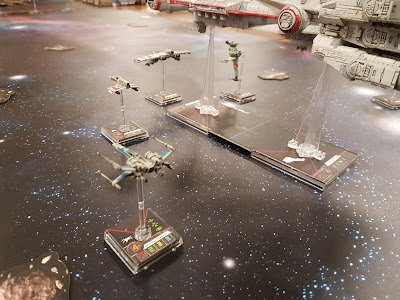 Well first of all apologies for the delay with this one, we actually played this game back in August but a combination of holidays, work and the mighty Project Jutland have delayed most things none WW1 Naval.

We continue to grow even after two years of this madness and we had Seven Rebel pilots mustered for the game and this week saw our second new Rookie in 2 games, so everyone welcome Tinky Winky Dameron, Poe and Laa Laas other brother.

Turn 2 didn't go too well for the Rebels as the K Wing somehow managed to get itself out in front of the rest of the Rebels and into the sights of the three Interceptors who had maintained a tight formation. Some nice shooting and the Pop Cicle was down to 1 hull point very early in the game.

After the establishing the worlds worst ever mission to kill ratio Captain Tangent seems to have come into his own recently, I think he deserves the nickname "The Vulture" as he managed to scoop another kill in this game finishing off a Tie F/O which Rick O'Shea had just failed to finish off.

Turn 4 saw the Bombers come into play but rather then go mission critical they started chasing Rebel Scum around the table which was to cost the Imperials dearly, The Tantive was building up energy but still had enough power left to take out one of the Interceptors as they broke through the Rebel lines towards the prize.

After getting some decent hits on the big Rebel ship the Interceptors were all gone the next turn as the Tantive first took one out and then Laa Laa managed to notch up his first kill in his second game as he vapourised the last of that Squadron.

The Imperials were in trouble now, out numbered and with the main strike force dogfighting time was running out. The Bombers were silenced one by one after having some success on the Tantive however the last flight of Ties were delayed and when the last Tie F/O accidentally flew off the table on turn 7 before the Standard Ties arrived the Rebels won by default as there were no Imperials on the table.

The only conciliation for Team Empire was the comedy moment when the Rookie A Wing flew off the table (must have been something in the water tonight) coupled with Spike Sharpies Z2-K8 Droid which flatly refused to do anything all game.

X Wing madness will return with game 29 on 2nd of November 2016 when our intrepid pilots will be trying to steal an experimental Imperial Fighter.

Lesson 1 stay on the table ! 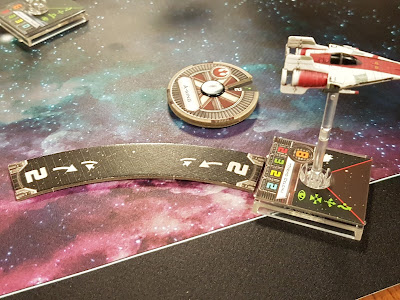 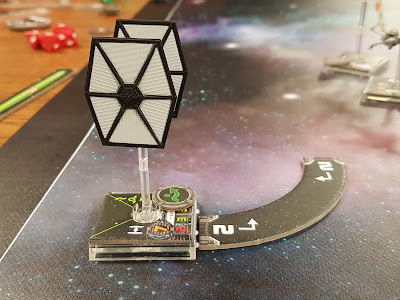 Pilot upgrades prior to start of game 28 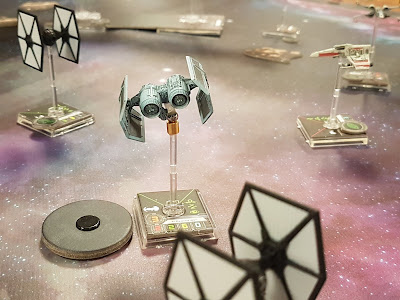 Roll of Honour (At the going down of the twin suns, we will remember them) 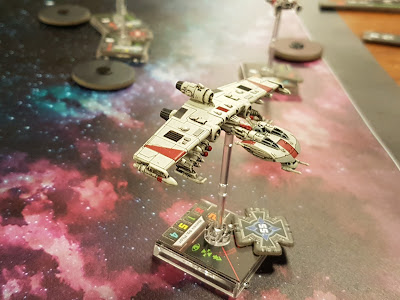