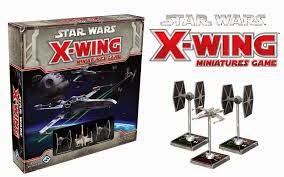 Its been a bit quiet on here the last couple of weeks, I took a bit of time out with the family for a couple of weeks, heading up, possibly for the last time without a passport, to Scotland. A lovely cottage in the Pentland Hills a short journey from Edinburgh and a great time was had by all.

I'm very lucky in the fact that Baby R (14 now and taller than me) and Mrs R indulge my hobby and join in on the odd game or two especially on holidays. X Wing has been on my radar for a while, any regular readers of the blog will realise by now that I am generally 18 months or so behind the curve with new stuff. I see something think, oh that's nice and I'll be halfway through a project and put it to one side then suddenly remember my interest a year or so later. 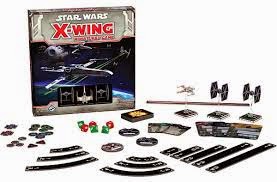 So onto X Wing, I don't plan to review the game in detail that's been done at length elsewhere. I will say that I am very impressed by the whole thing. The starter set shown above comes with everything you need to get going. There are three ships with the game the iconic X Wing itself and two opposing Tie Fighters, dice, movement templates, tokens, game cards, the lot. The production on the game is fantastic, very high quality, the ship models themselves are really good, great detail and a cracking paint job. Some "pre painted" stuff is dreadful but this is much much better I don't know how they do it. For so long I have been used to buying rules and figures and then waiting months until I have enough for a game, opening a box and playing straight away is new and fun.

As for game play its great, easy to pick up but not too simple, lots of variation between ships and characters, we had some cracking games. New ships to add to the game can be picked up for between £10 and £12, I think that's pretty good value. As stated above they are really well painted and come with high quality movement base, counters and cards for the ship itself. When I think I was paying this and more to the completely useless "Mongoose Publishing" for unpainted Star Fleet ACTA stuff a couple years ago ( which surprise, surprise they dropped and screwed up, never ever buy anything from Mongoose ). 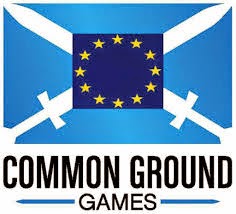 The back story to X Wing was its purchase. One of the first ports of call on any Scottish Holiday is Static Games in Glasgow, sadly they didn't have a copy of the starter set, lots of ships but no game, we tried Black Lion Games in Edinburgh who had very little of anything along with every Waterstones and Forbidden Planet, no joy. I went on the tinternetweb and found Common Ground Games in Stirling and The Games Hub in Edinburgh, two places I wasn't aware of, at 7pm I e-mailed both asking if they had the game. An hour later CGG had got back to me with a positive result and put a copy under the counter for me. The Games Hub still haven't got back to me, they haven't got any of my money either !

We travelled over the next day and picked the game up with a couple of extra ships. I was very impressed with the layout, there is a well stocked shop area with a good selection of figs, board games and accessories. Added to that is a nice cafe area to chill out in which is tagged on to a really big games room. 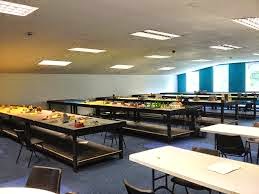 We had a nice chat with the owner who is clearly enthusiastic about gaming and his store. Most game shops are tiny in the UK and struggle to fit a 6x4 table in and when they do you can't get to the stock, this was, to me, different and a great step forward. Leeds is 8 times bigger than Stirling and has nothing like this, if I lived in the area I would be a regular, if you need some re enforcements during a game you can pop next door and buy them ! I wish Common Ground Games every success and will certainly be back to visit.
Posted by Yarkshire Gamer at 06:36:00 No comments:

Email ThisBlogThis!Share to TwitterShare to FacebookShare to Pinterest
Labels: The 3 R's, X Wing

After the success of the last (and first) From Box to Table blog, which got half as much again in reads as my previous most popular post, I thought I would continue with the idea as its clearly useful for some of you guys and gals to see how I do stuff and hopefully get some ideas for your own painting. I started reading other blogs to get ideas, if I can pass on ideas to others then that's great.

This post covers 1/3000 Naval, which has consistently been the least popular (usually half the normal numbers of reads) so probably not the best way to increase my follower numbers but its what was next in the production list. I have used this method for years, I used to paint 1/6000 Figurehead ships for Hallmark so that the owner had a stock of painted stuff to sell at shows so I can safely say I have done thousands of ships this way over the years, its mostly technique rather than skill even Mrs Yarkshire has been known to paint a bit of sea in her time. 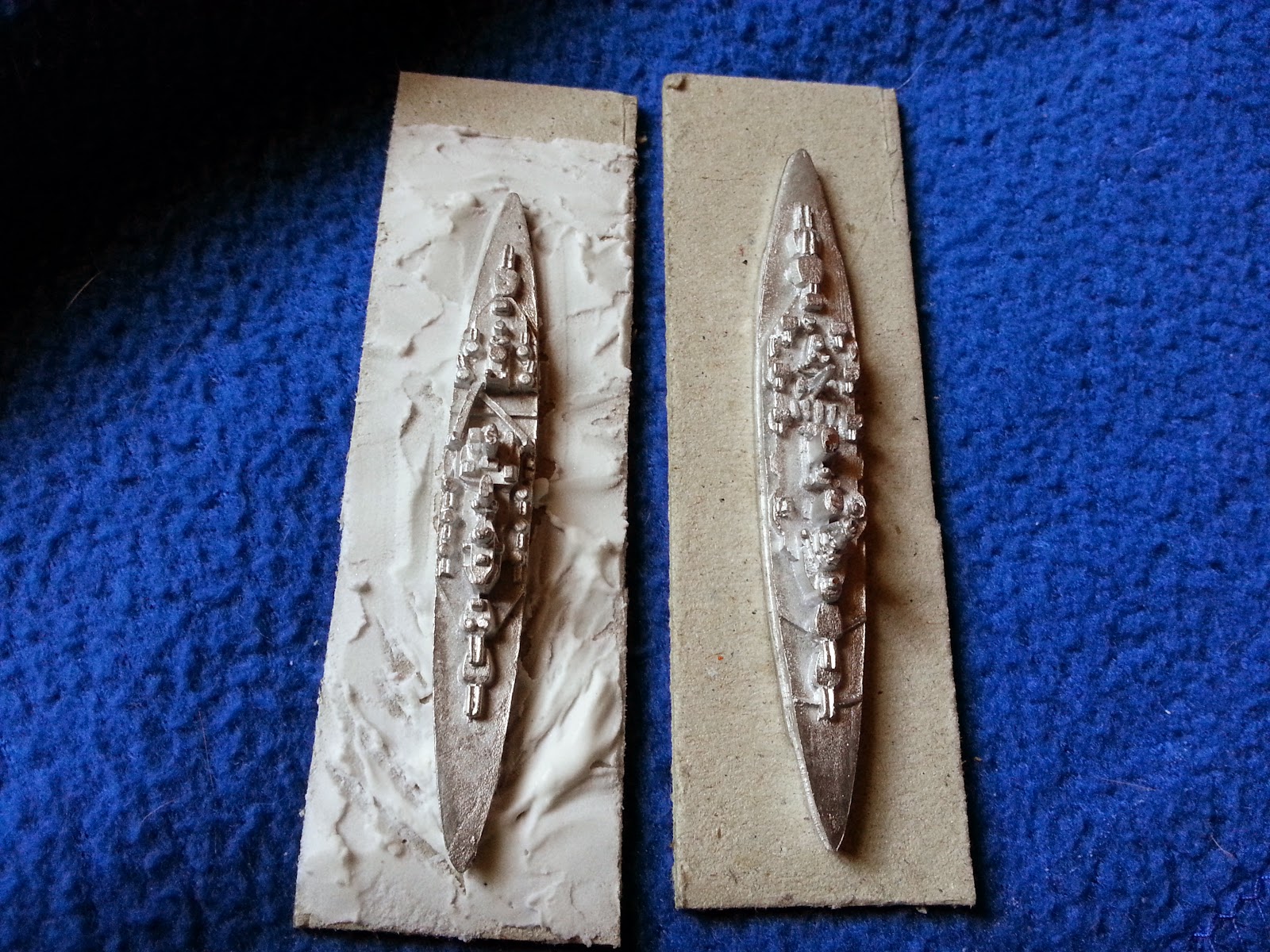 So lets introduce our two "models" for this blog, both from www.skytrex.com HMS Hood (4 turrets to your right) and HMS Renown. First job is to clean up the metal casting and glue it to a base, I use artist mounting board. Stage two is to create a textured sea base, I use polyfilla or similar straight from the pot, I use a knife to form the filler with a bow wave at the front of the model and a flat tag space at the rear. It takes a while to get this right at first but you soon get the hang of it, of course the smaller 1/6000 stuff come with a pre cast textured sea base.

All paints are Vallejo unless otherwise stated. 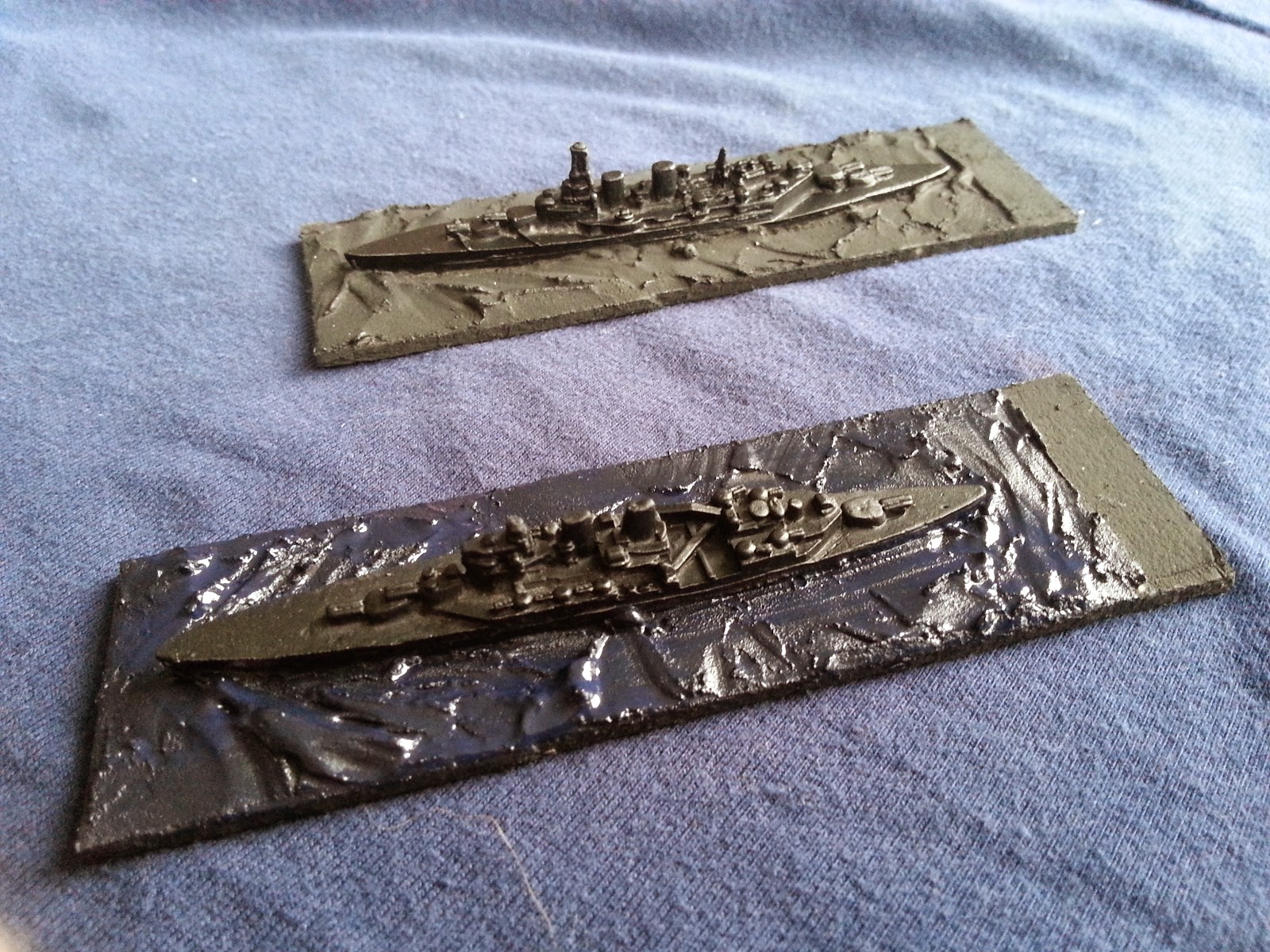 After leaving overnight for the filler to dry I use the trusty Matt Black Halfords spray primer to undercoat the whole thing, then I paint the whole of the sea area with Miniature Paints Navy Blue, you can see with the black undercoat there is already some shading going on. 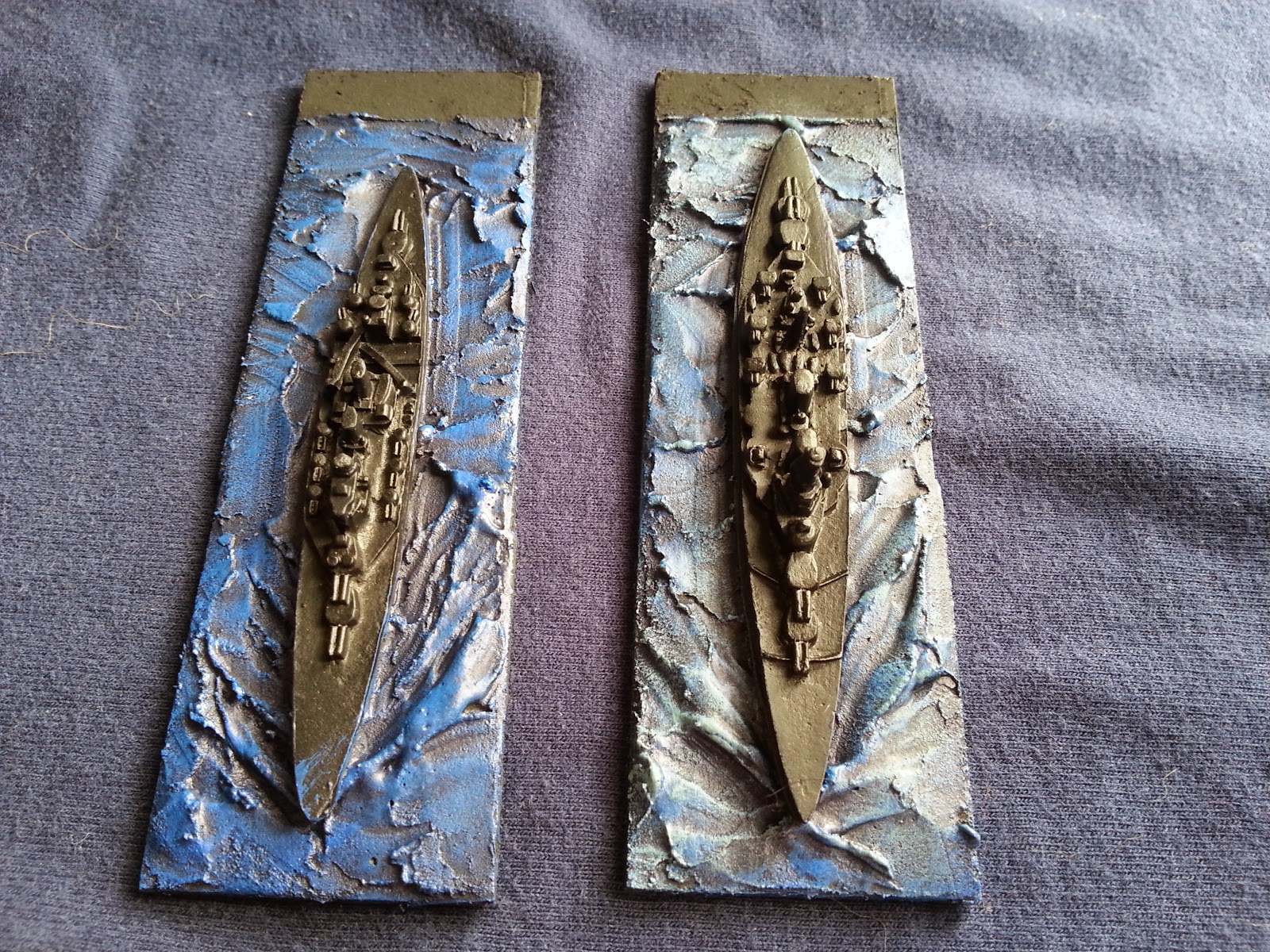 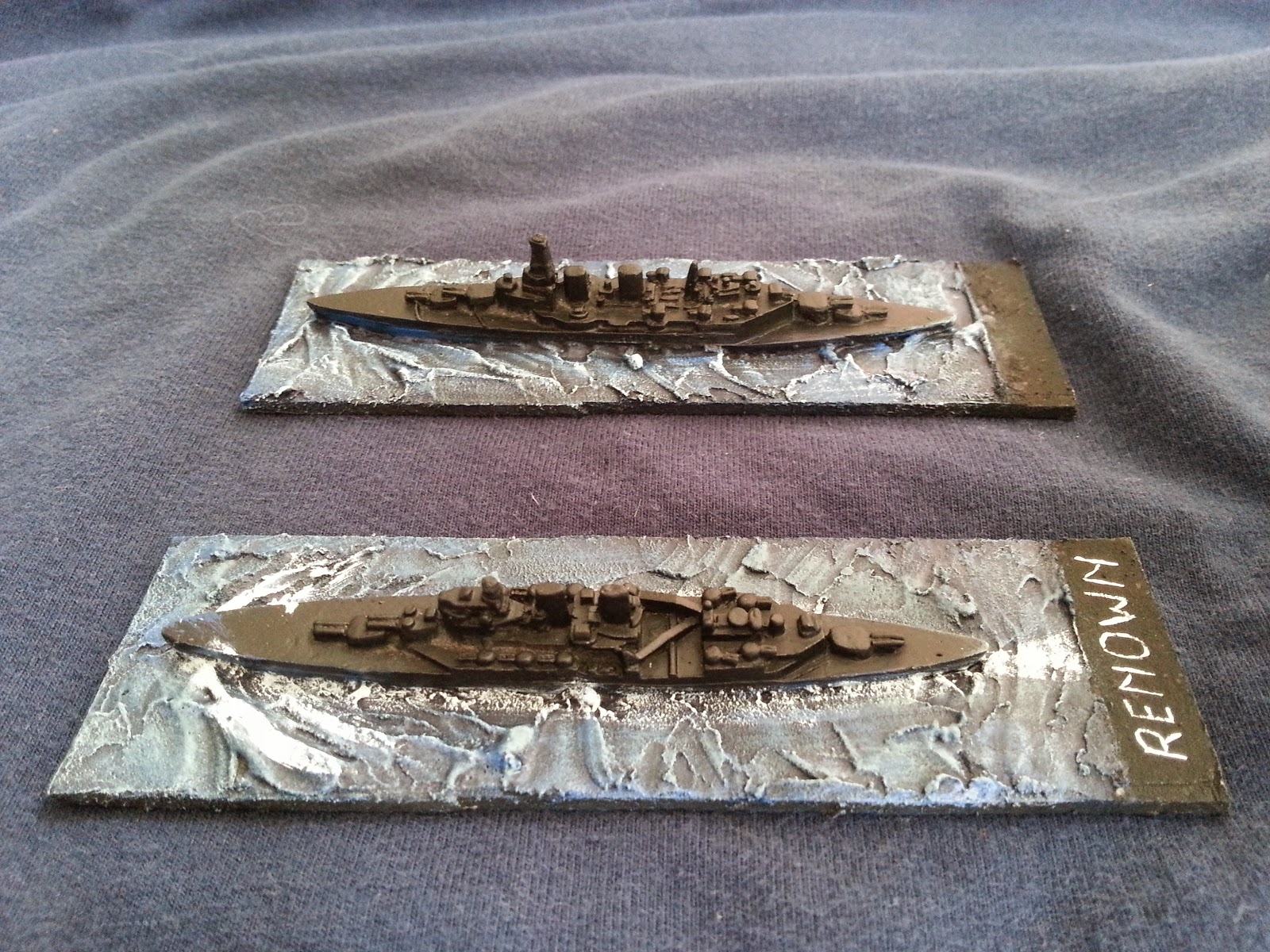 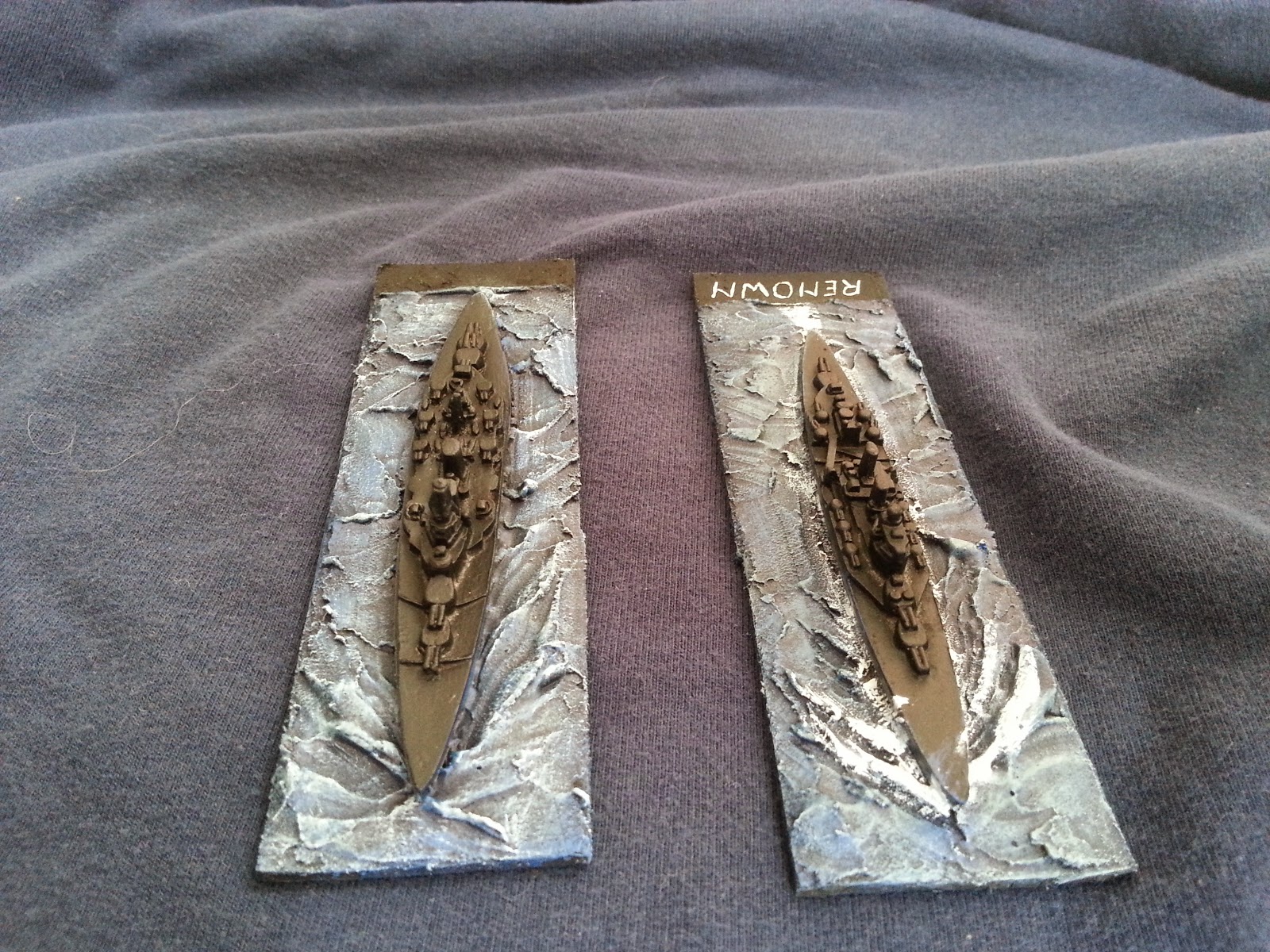 Two views of the sea finishing stages, HMS Hood at the back in the top photo and to the left above has had a light dry brush of 820 Off White on the whole of the base. HMS Renown has then had the sea base finished by me painting the bow waves and prop wake in Off White, I also apply an extra spot of dry brush down the side of the ship where it would disturb the water. While the white paint is out I hand paint the ships name on the rear of the base. 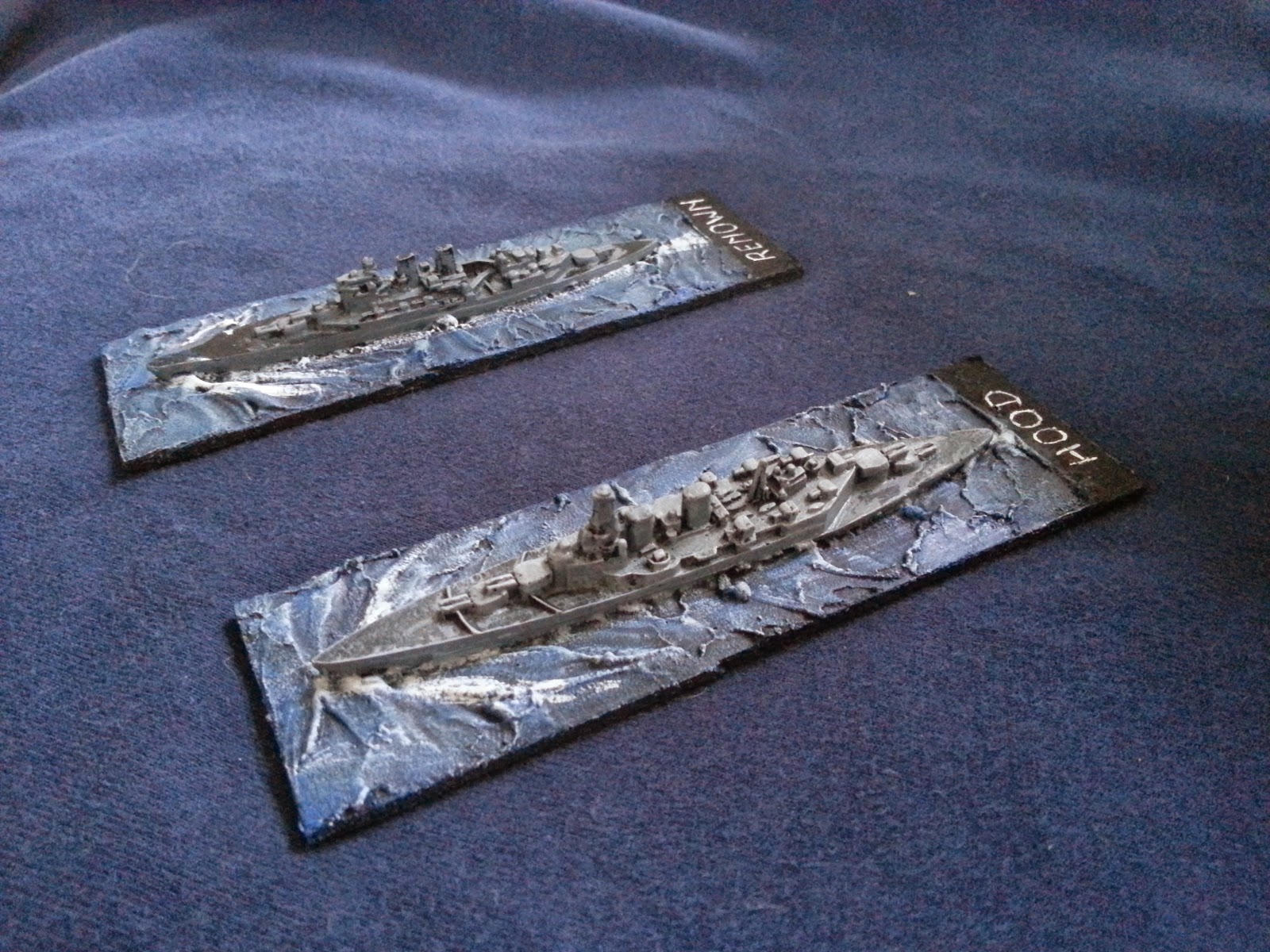 The sea painting can be as messy as you like, a bit of blue paint on the ship is no problem at all, in fact a build up of filler around the bow painted white really gives the feeling of the ship cutting through the water at speed. The next stage painting the ship its base colour is one of the few stages that needs a bit of accuracy and patience (the other being the deck painting). Renown (now named so you can see it) has had a base coat of 992 Neutral Grey applied along the belt and all over the superstructure, Hood shows the next stage where the Neutral Grey has been dry brushed with 990 Light Grey. 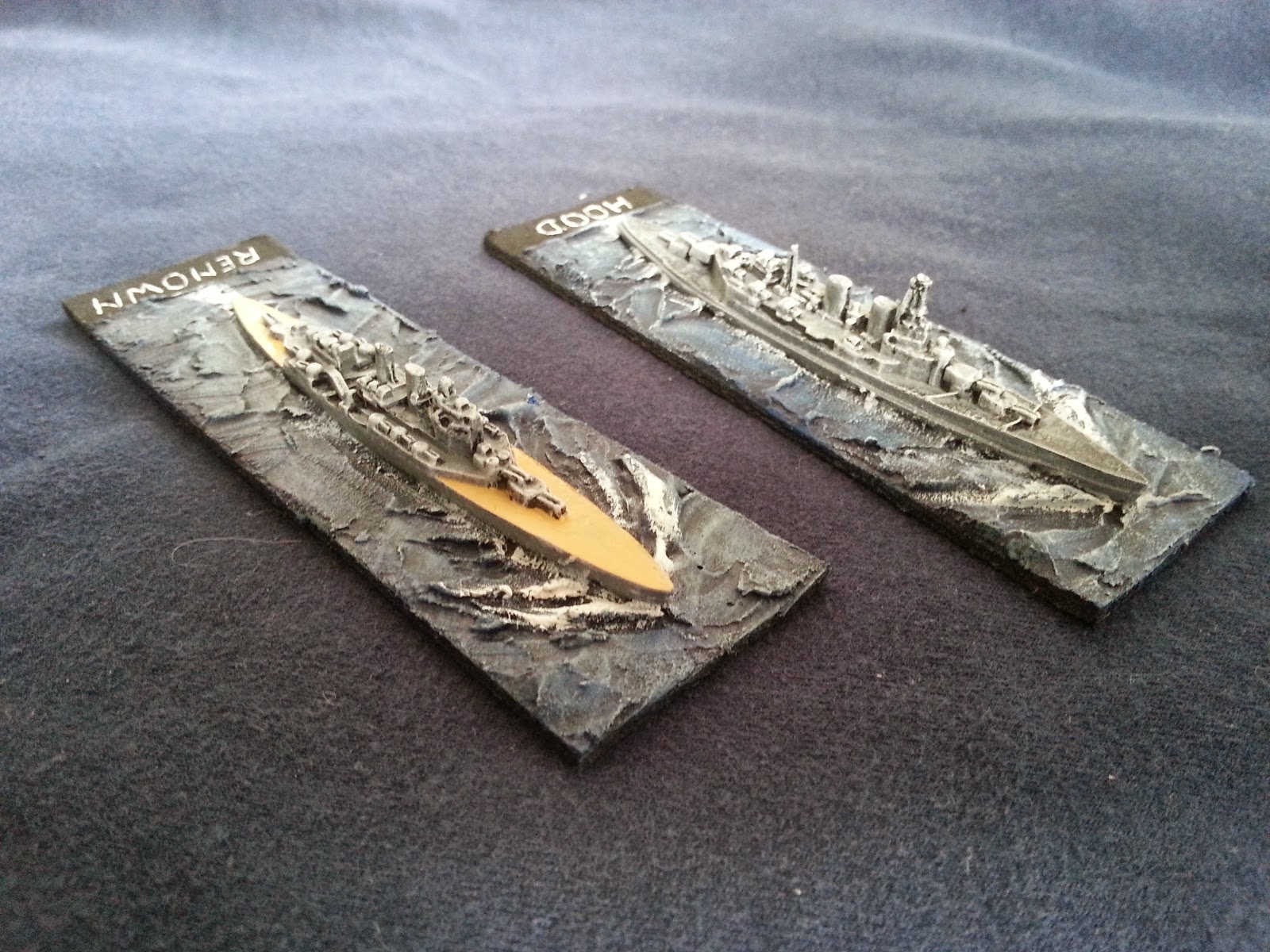 Hood shows the next stage, she has been lightly dry brushed with 820 Off White and the Renown has had its deck painted 912 Tan Yellow. 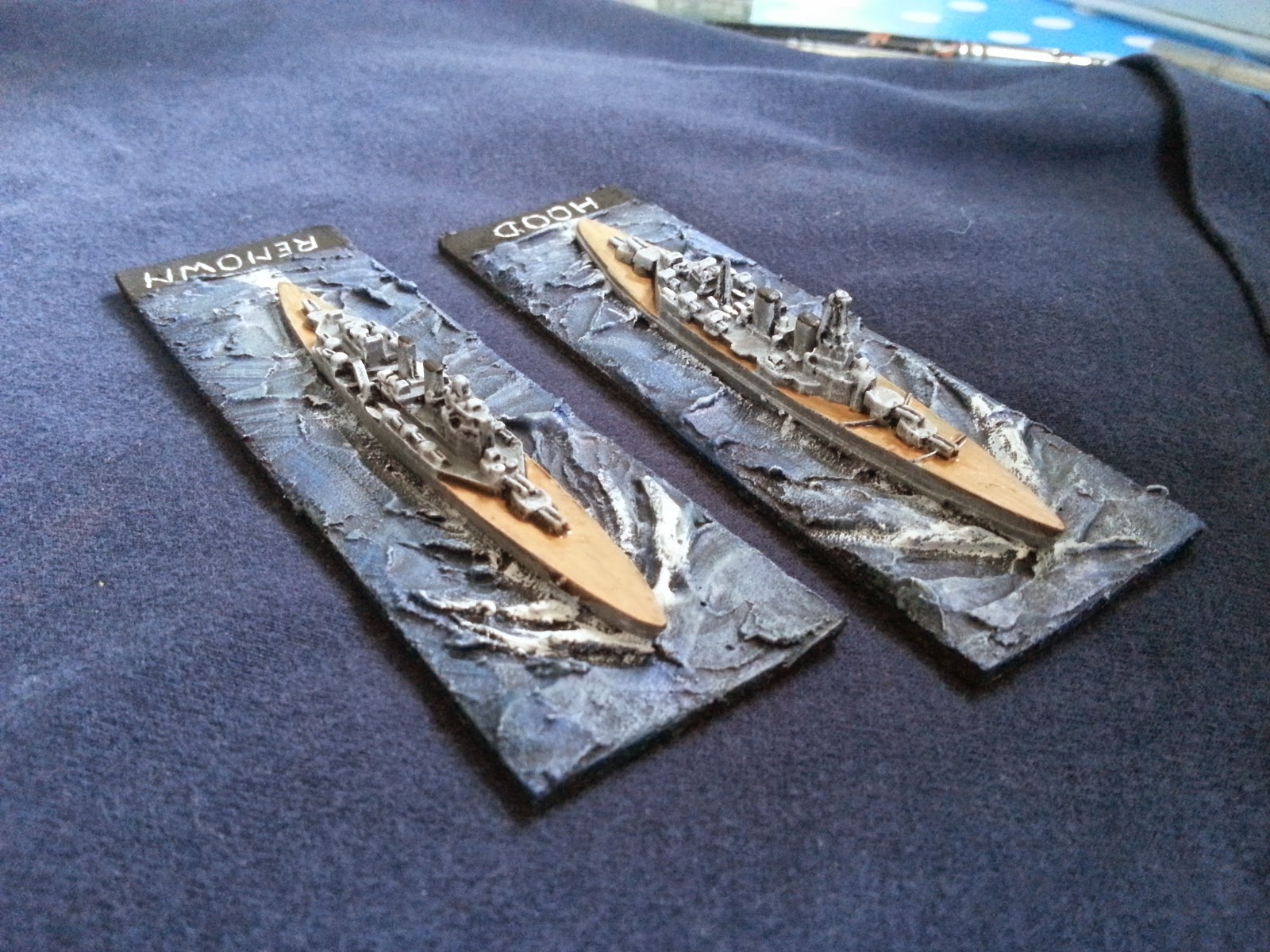 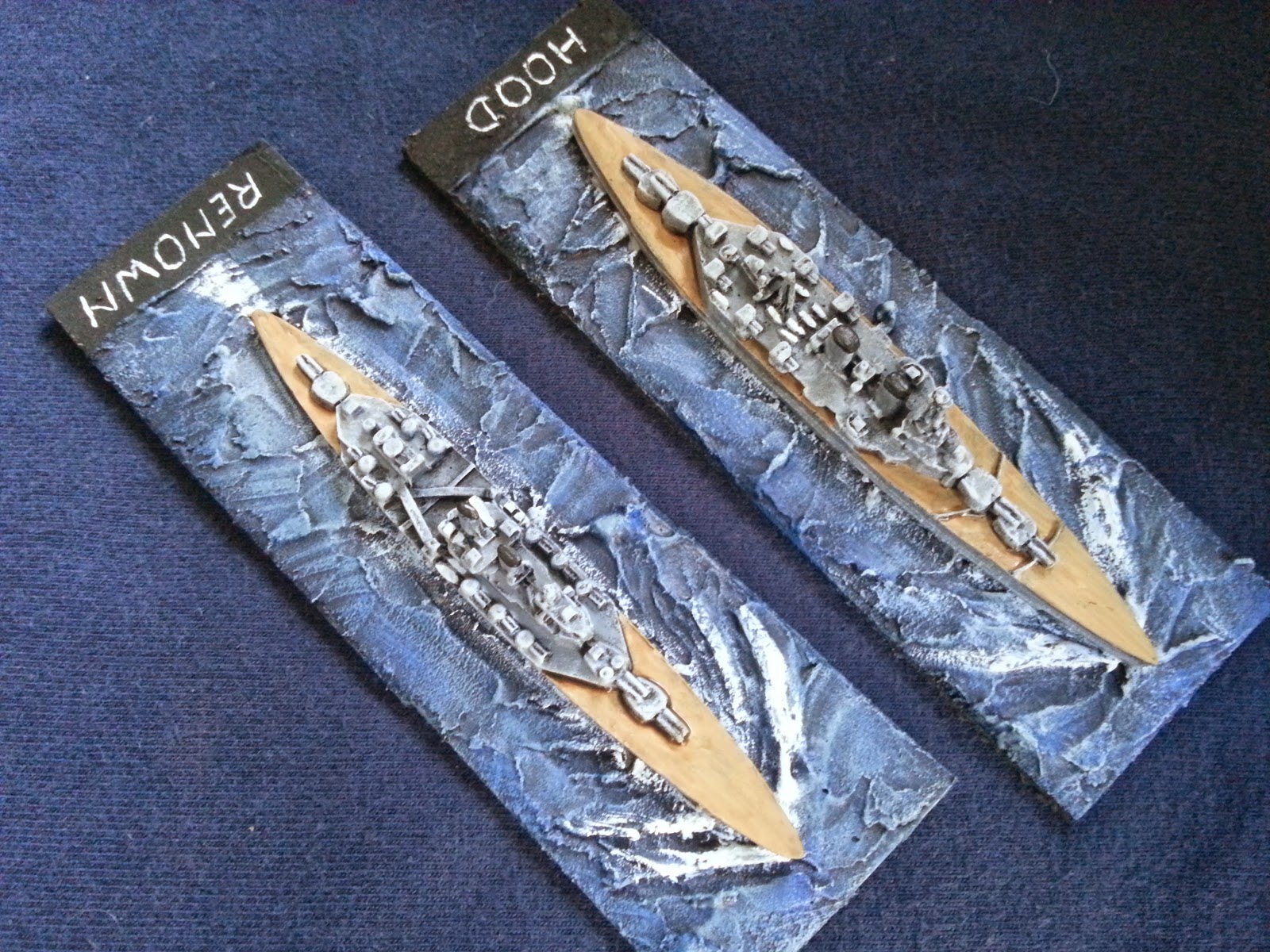 These are two shots of the "finished" ships ready for the table, an ink wash of Army Painters Strong Tone ink on the decks, Lifeboats highlighted white and funnel tops black. 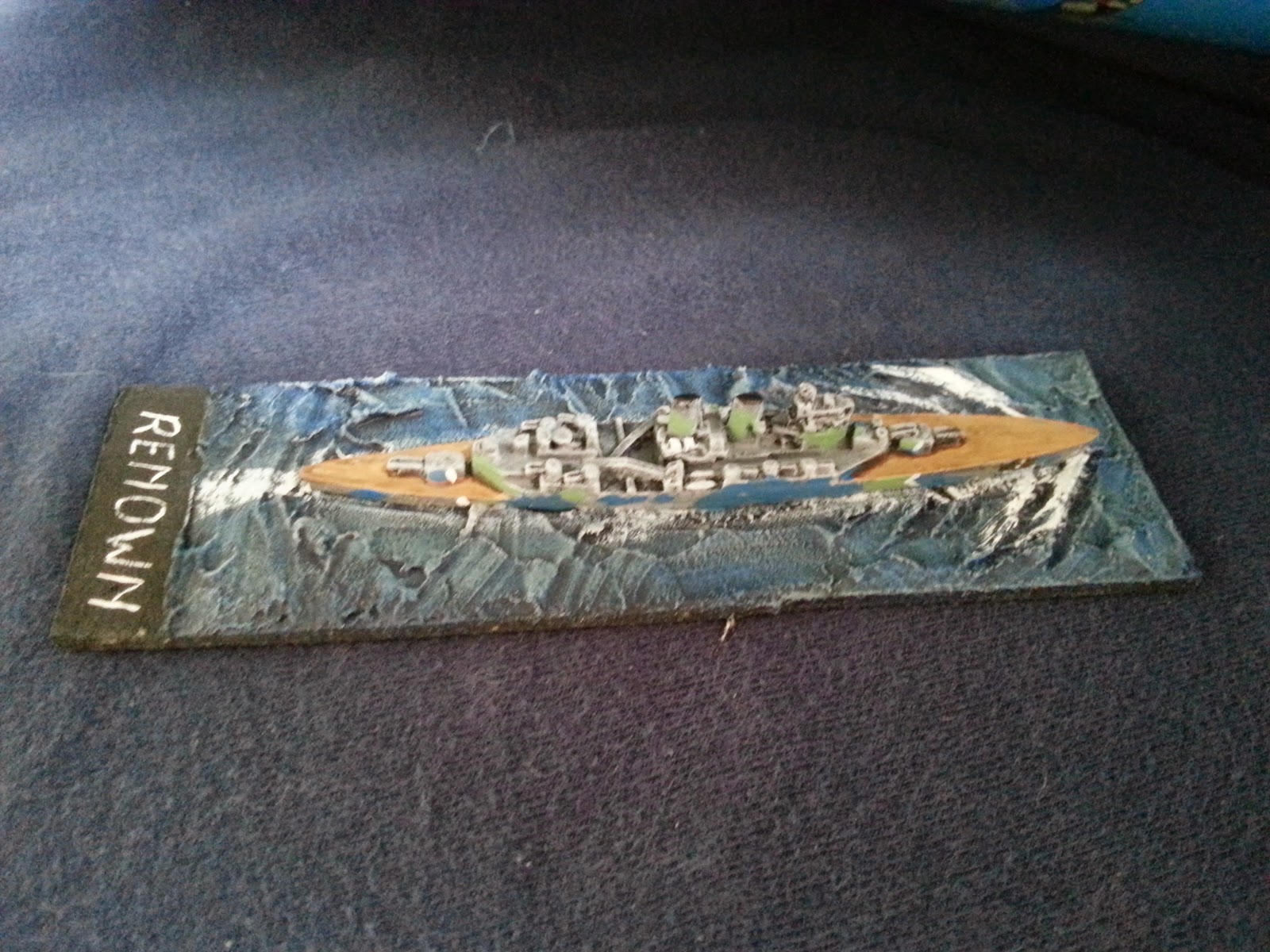 A final splash of "dazzle" camo on Renown, Hood was sunk painted grey and has been left as she was on the day she was lost. 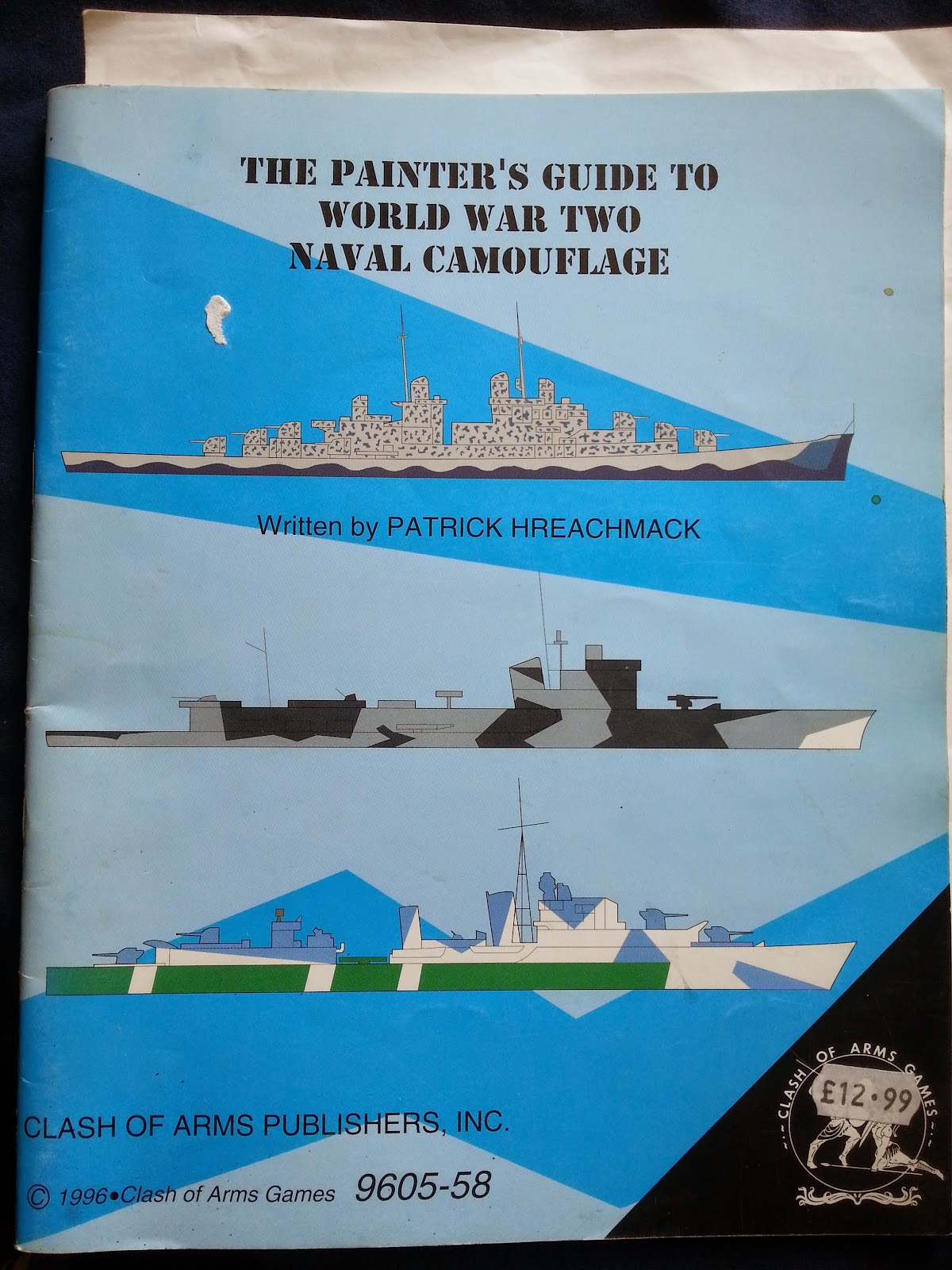 Hopefully that is a useful guide to getting your ships on the table, each Nationality had their own colour schemes and little quirks, the above book (if you can find it) gives a lot of detail, however these days a google search brings up most things.
Posted by Yarkshire Gamer at 02:53:00 No comments:

Email ThisBlogThis!Share to TwitterShare to FacebookShare to Pinterest
Labels: 1/3000 WW2 Naval, From Box to Table

Empire of the Dead - Holmes, Watson and the Ripper

Empire of the Dead - Holmes, Watson and the Ripper


I have got a bit of time off work coming up and was keen to get these last three figs done before holidays. Regular readers will be aware of my detour down the road of weirdness with EotD, these guys finish off the figs I need to play the introductory scenario (available as a free download on the West Wind Website ) 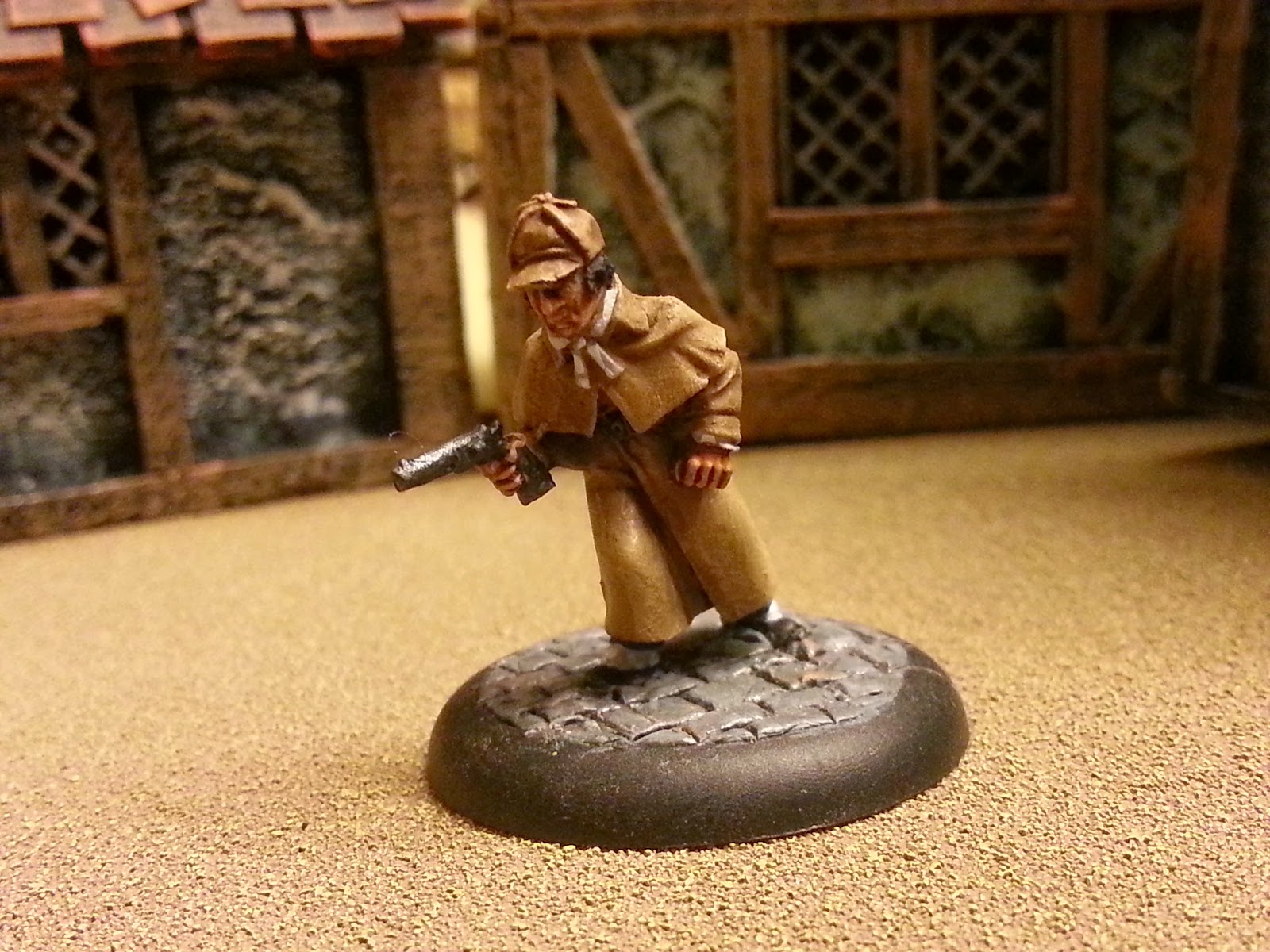 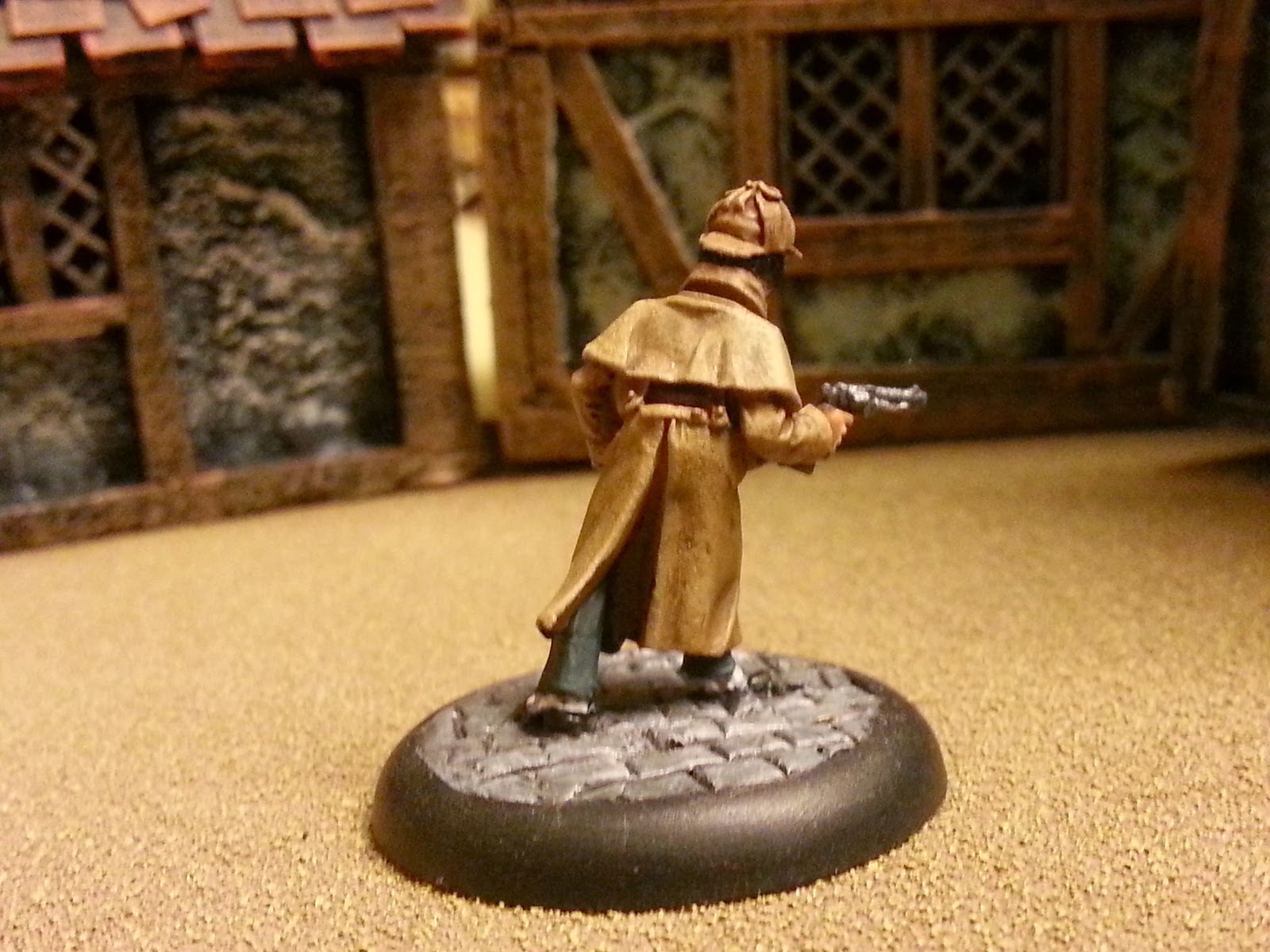 The worlds favourite detective (close run thing with Eddie Shoestring !, google it young people and none English types) in all his front and back glory. 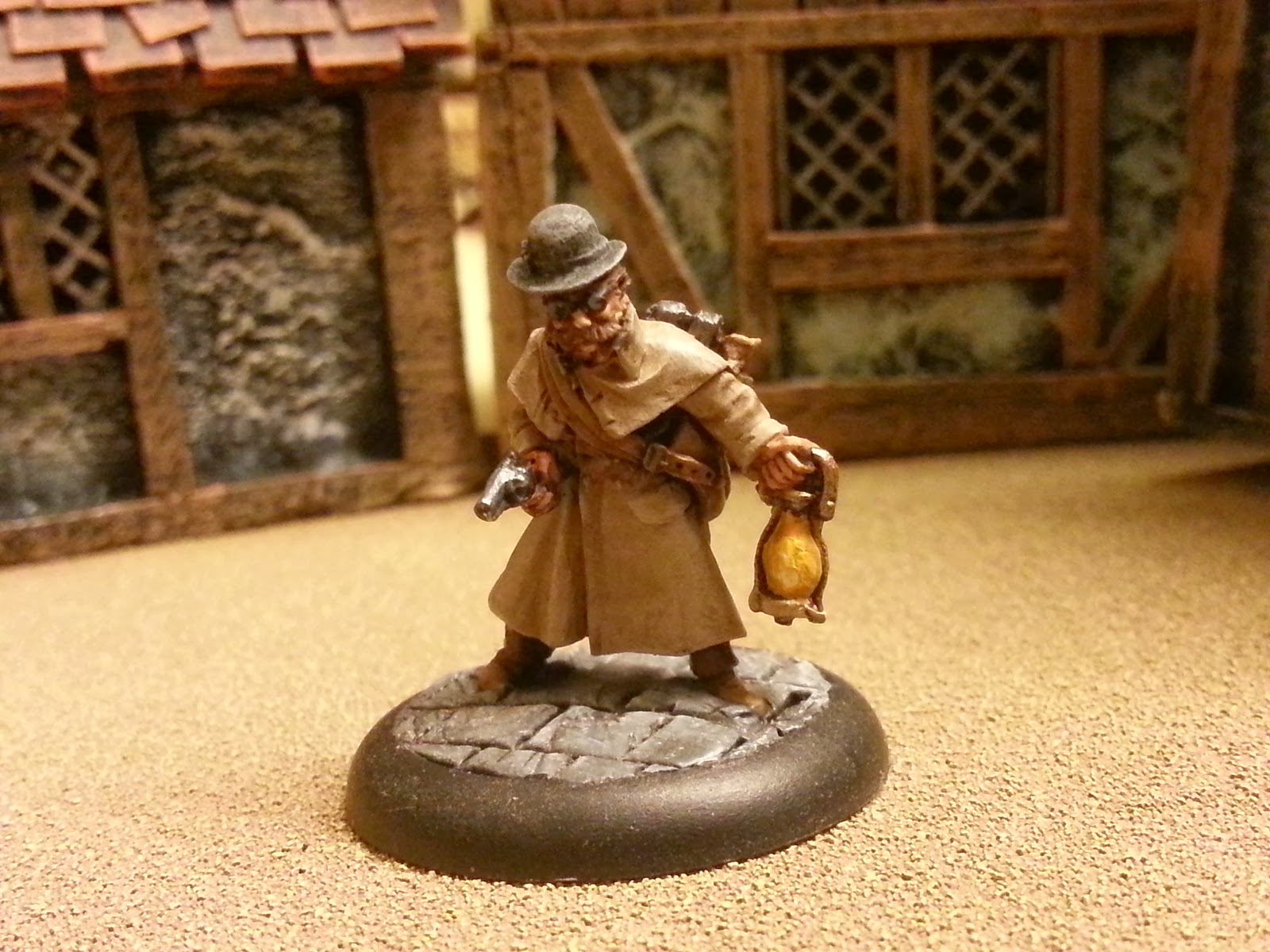 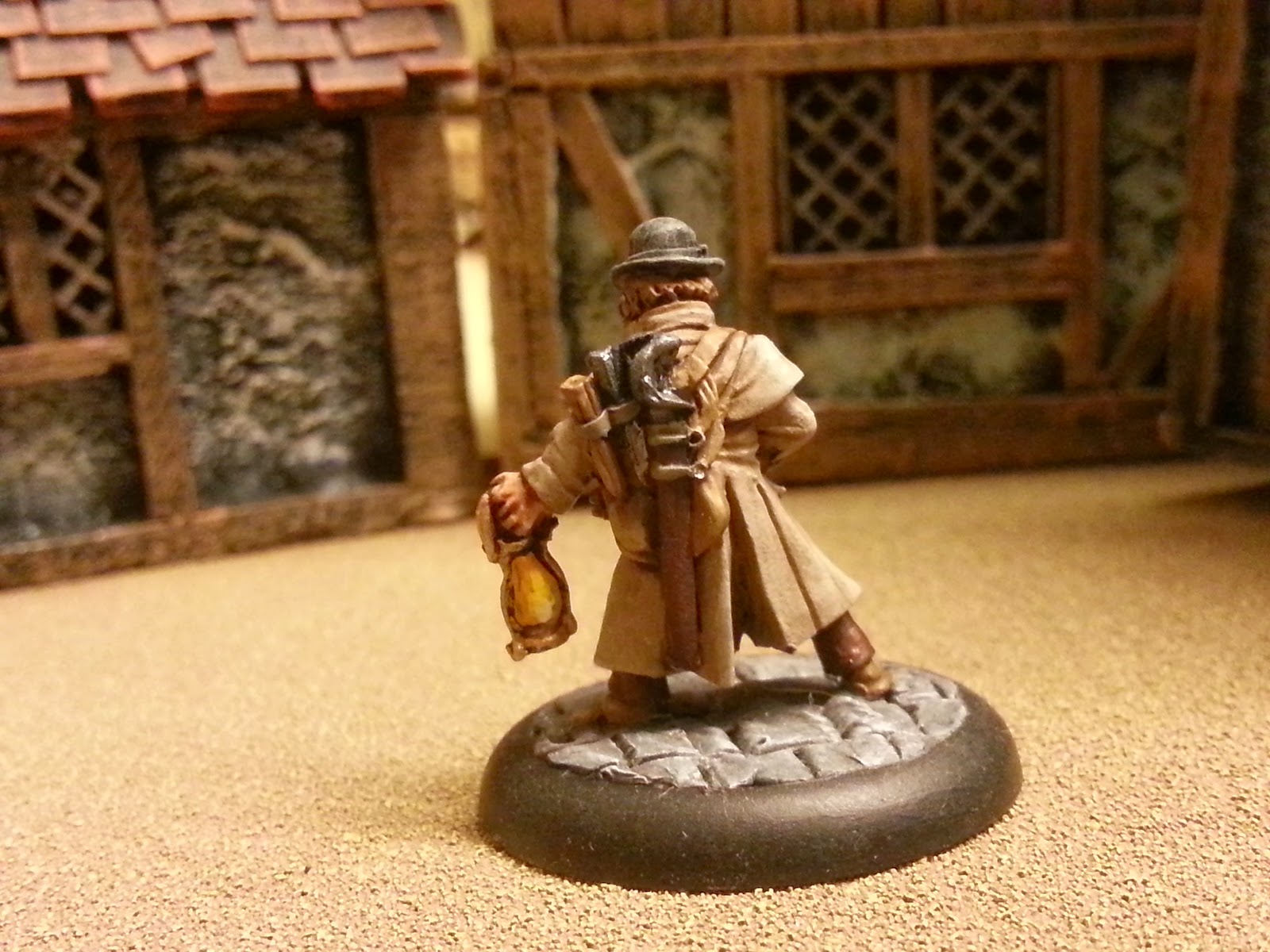 Trusty sidekick Dr Watson, with an impressive back pack of weapons. 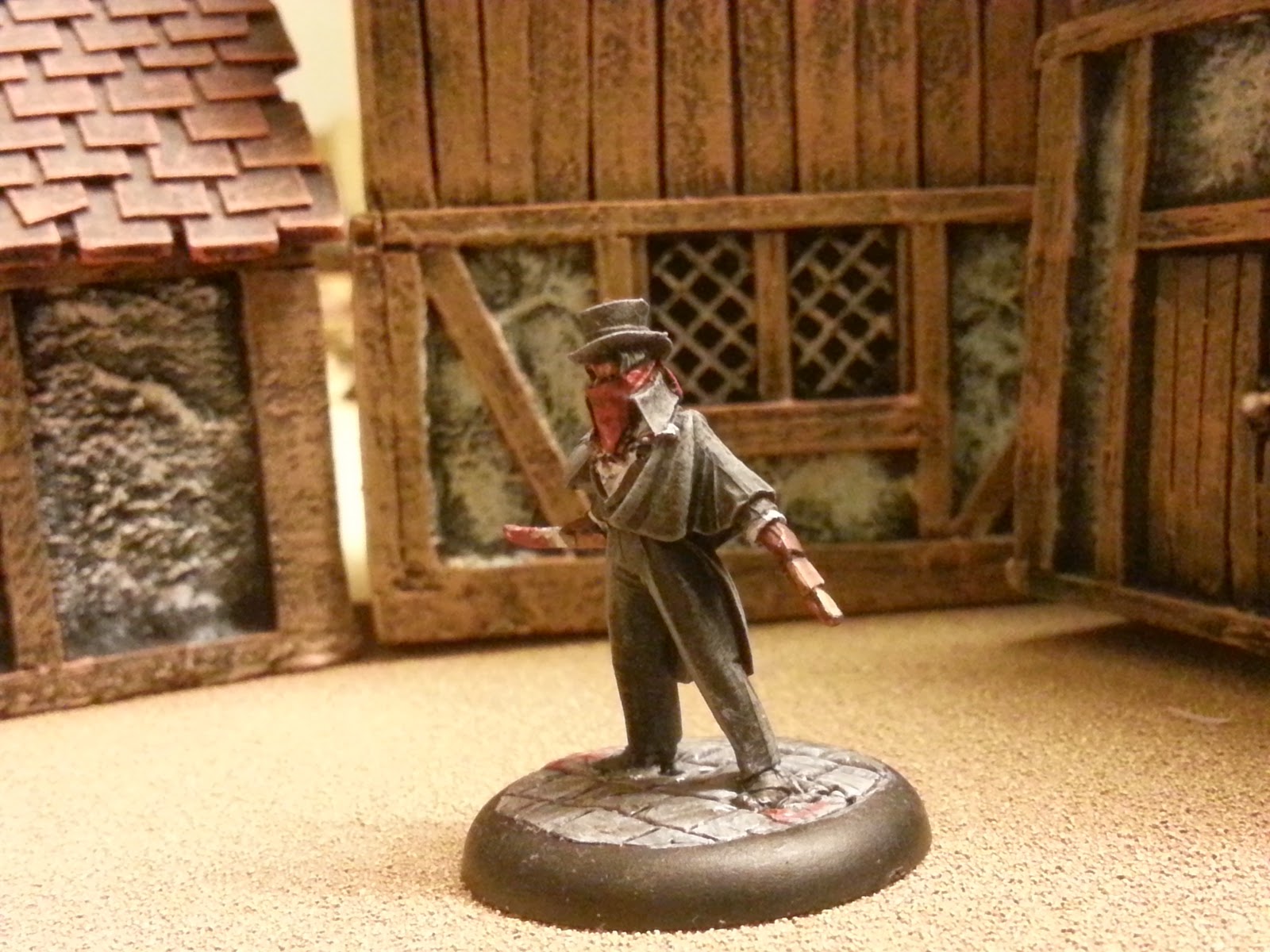 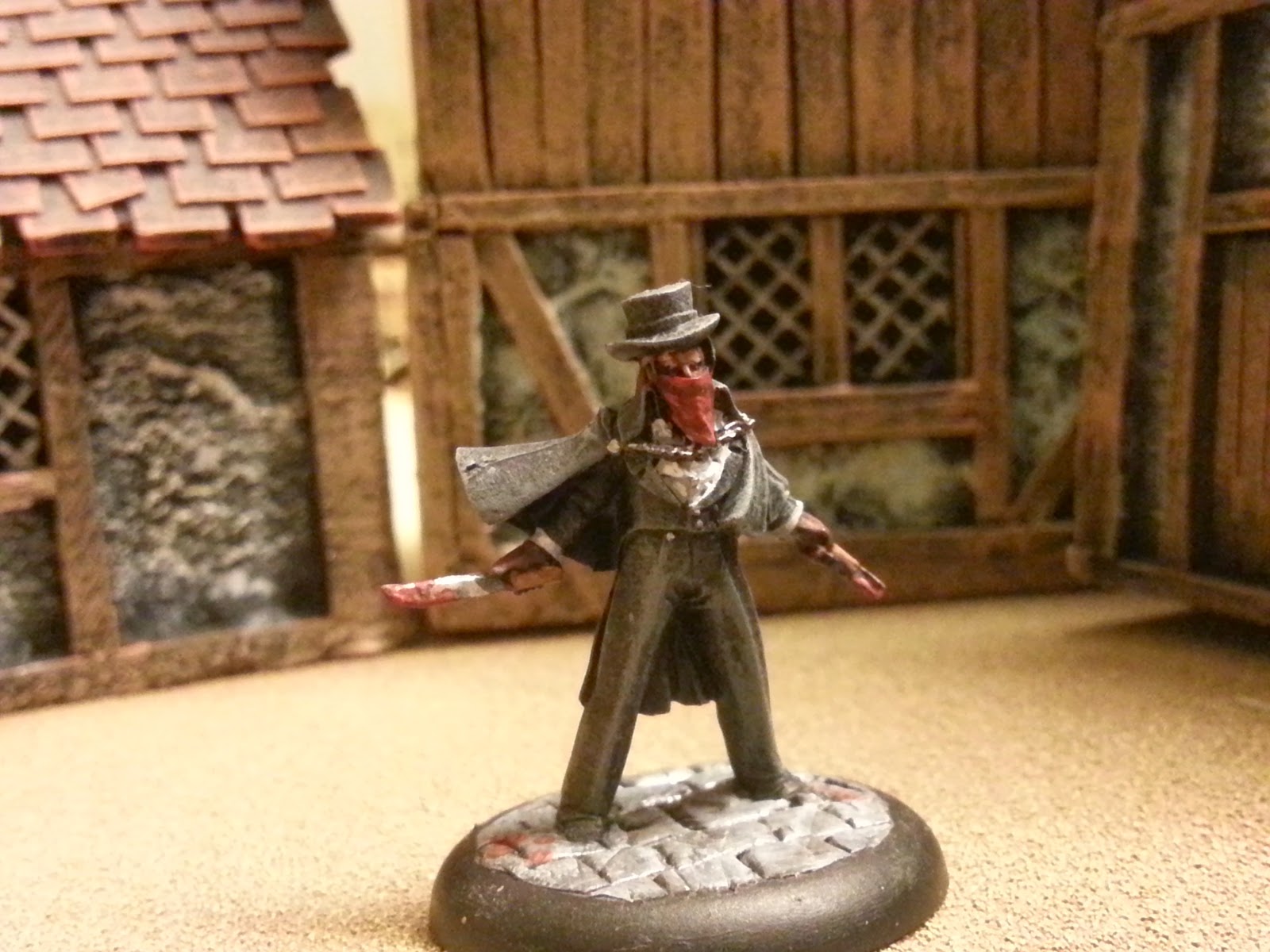 And finally (cue comedy booing) the evil one himself, The Ripper, Member of Royalty, Surgeon, Liverpool Businessman, Polish Immigrant or Judas Priest song who knows ?

Game looks fun, hopefully Junior will like as well, got a couple of the box sets to have a go at if he does.
Posted by Yarkshire Gamer at 08:14:00 No comments: 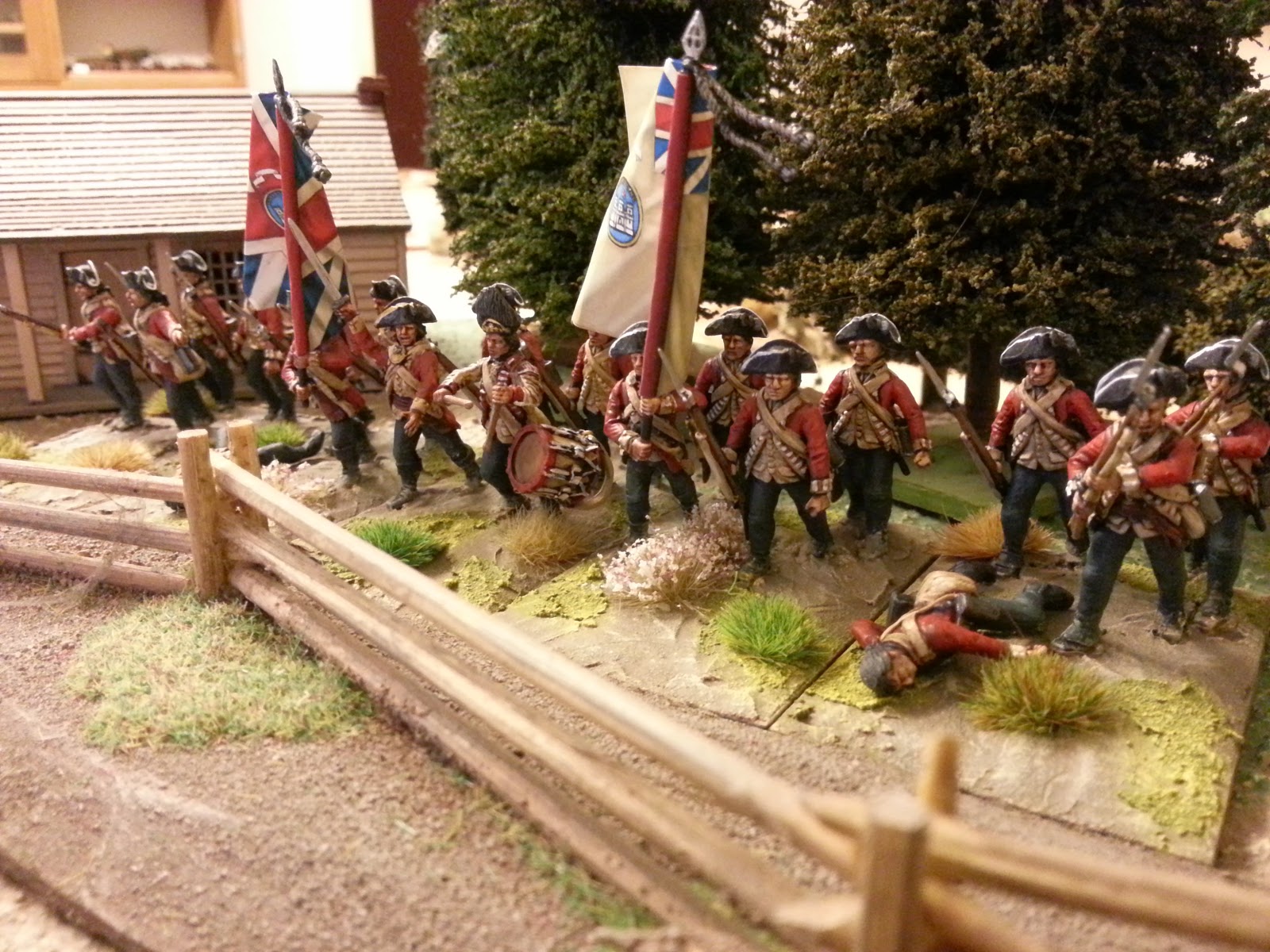 Here we are with the 3rd Battalion of 5 for my next Brit AWI Brigade, staffed with the wonderful 28mm Perry plastic figures and the GMB Flags. 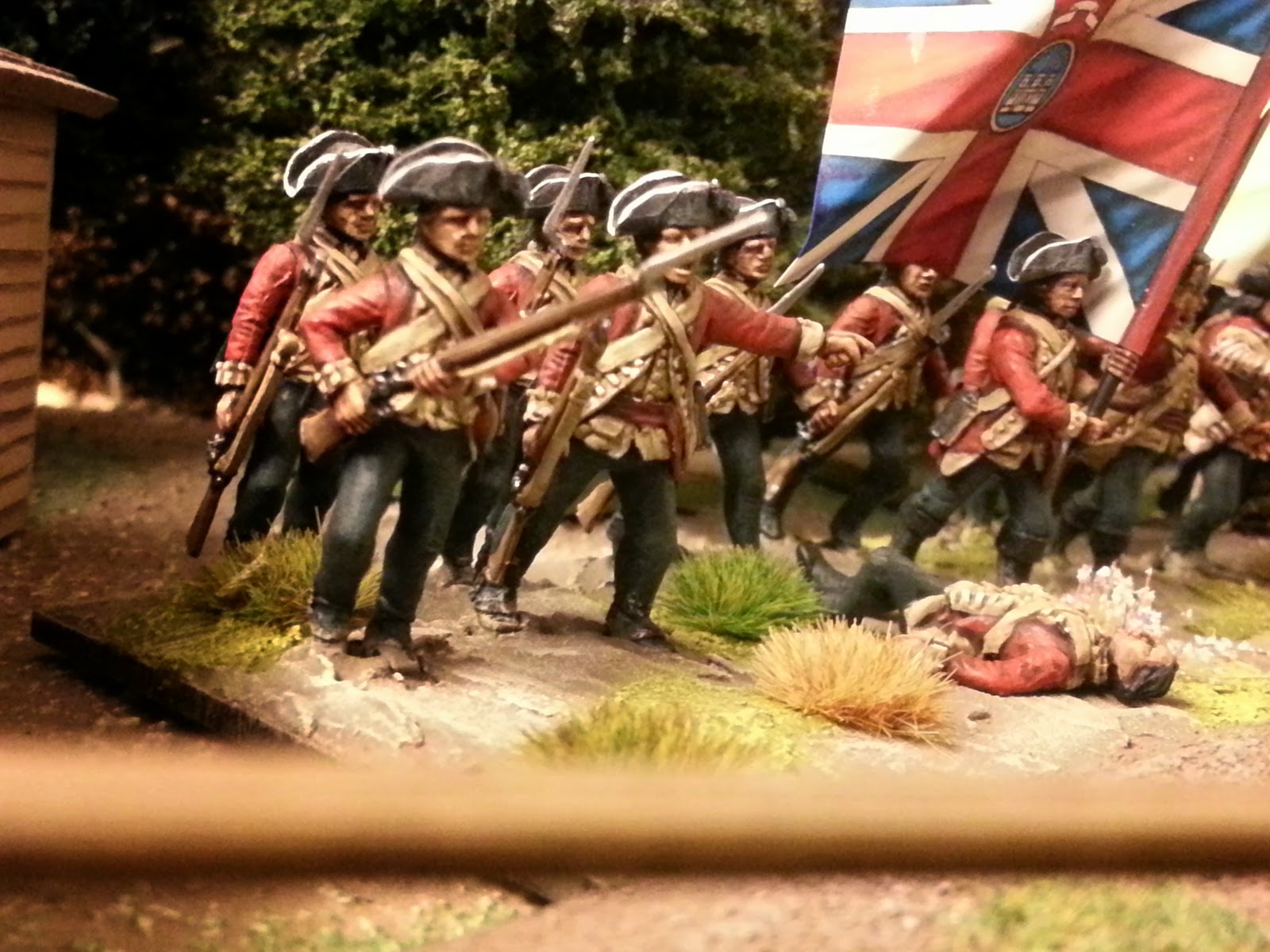 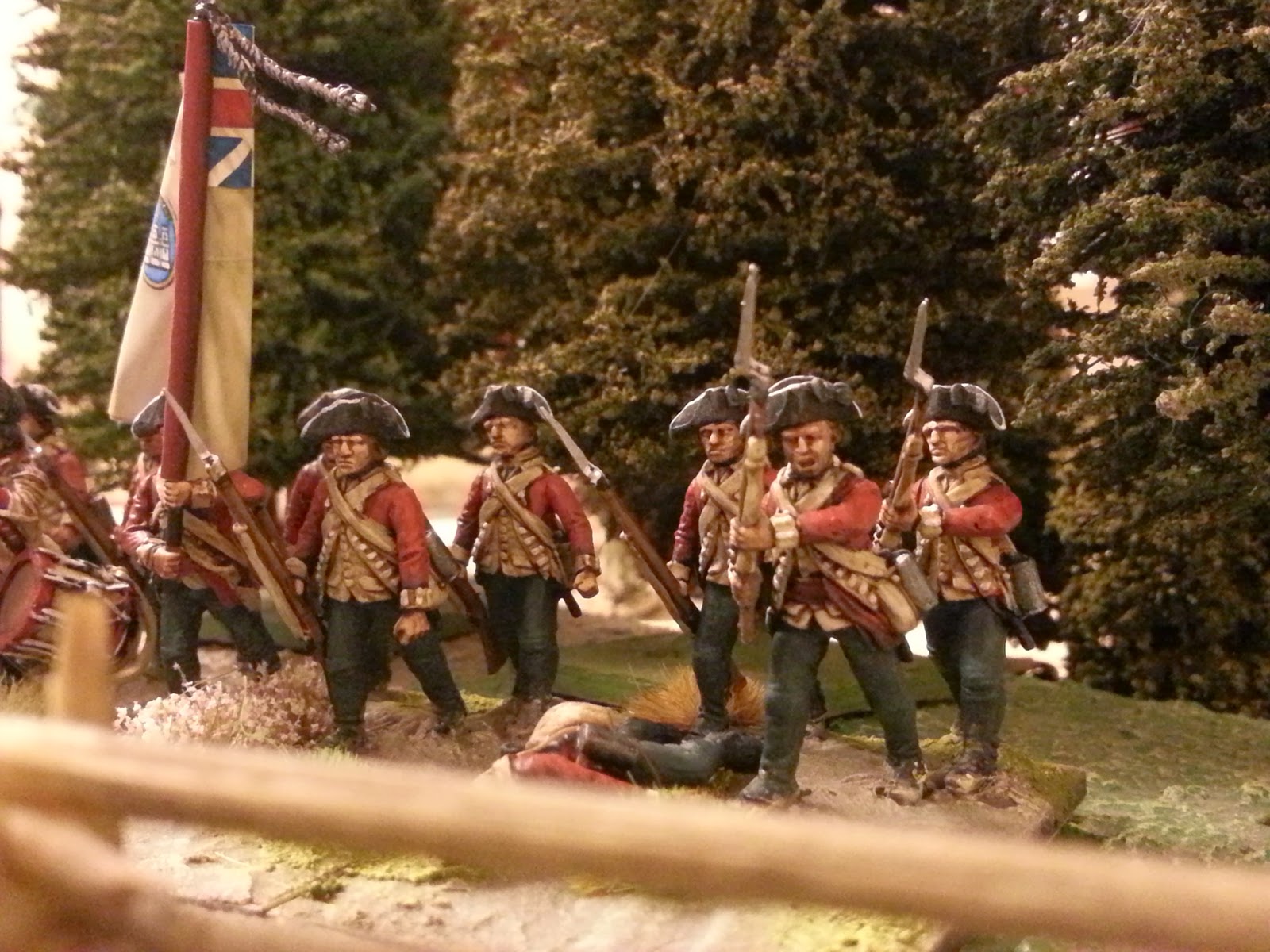 A 20 fig unit I have used a couple of the casualty figs to make up the numbers so I have enough figs to complete the Brigade without buying another box. 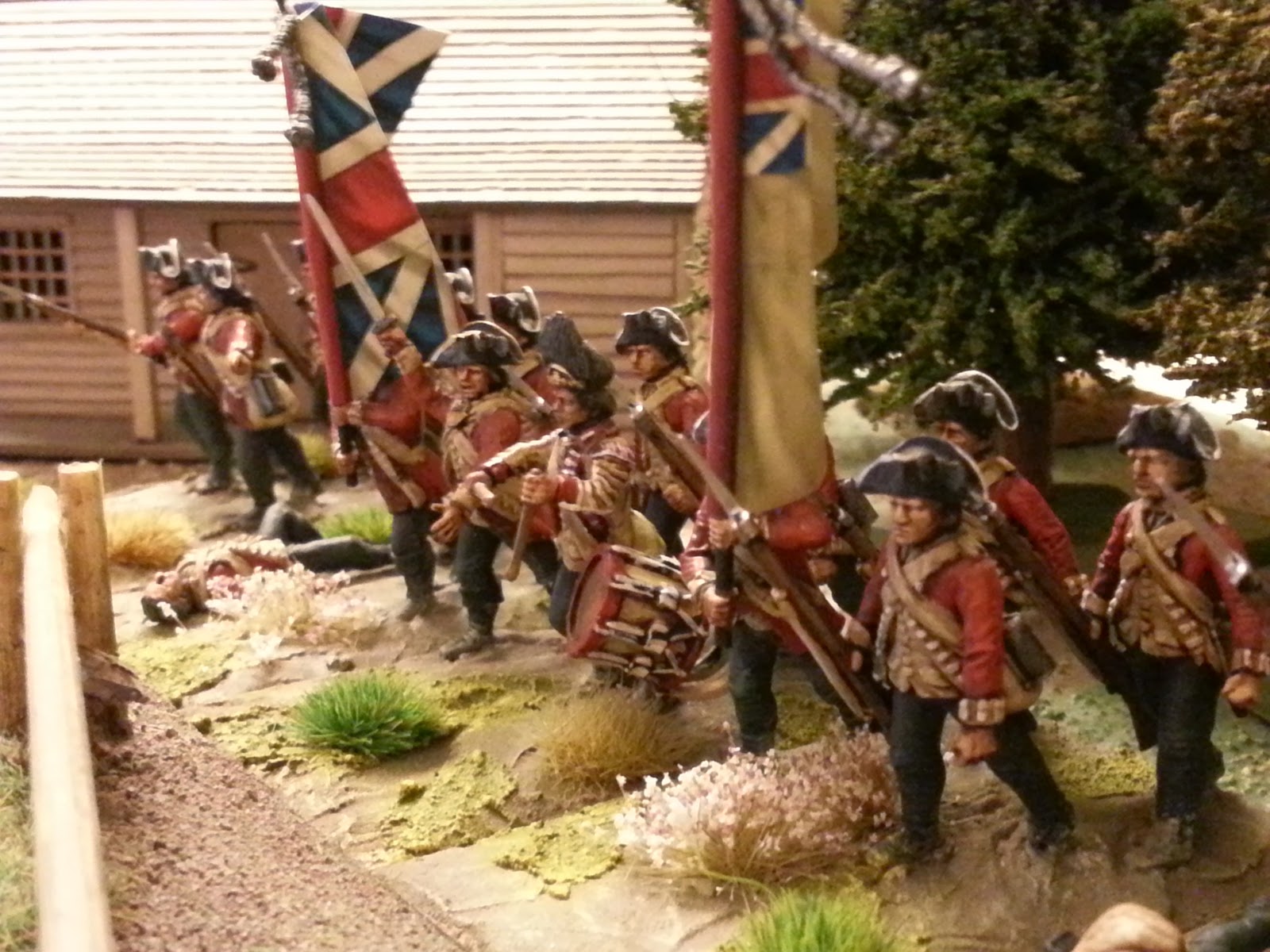 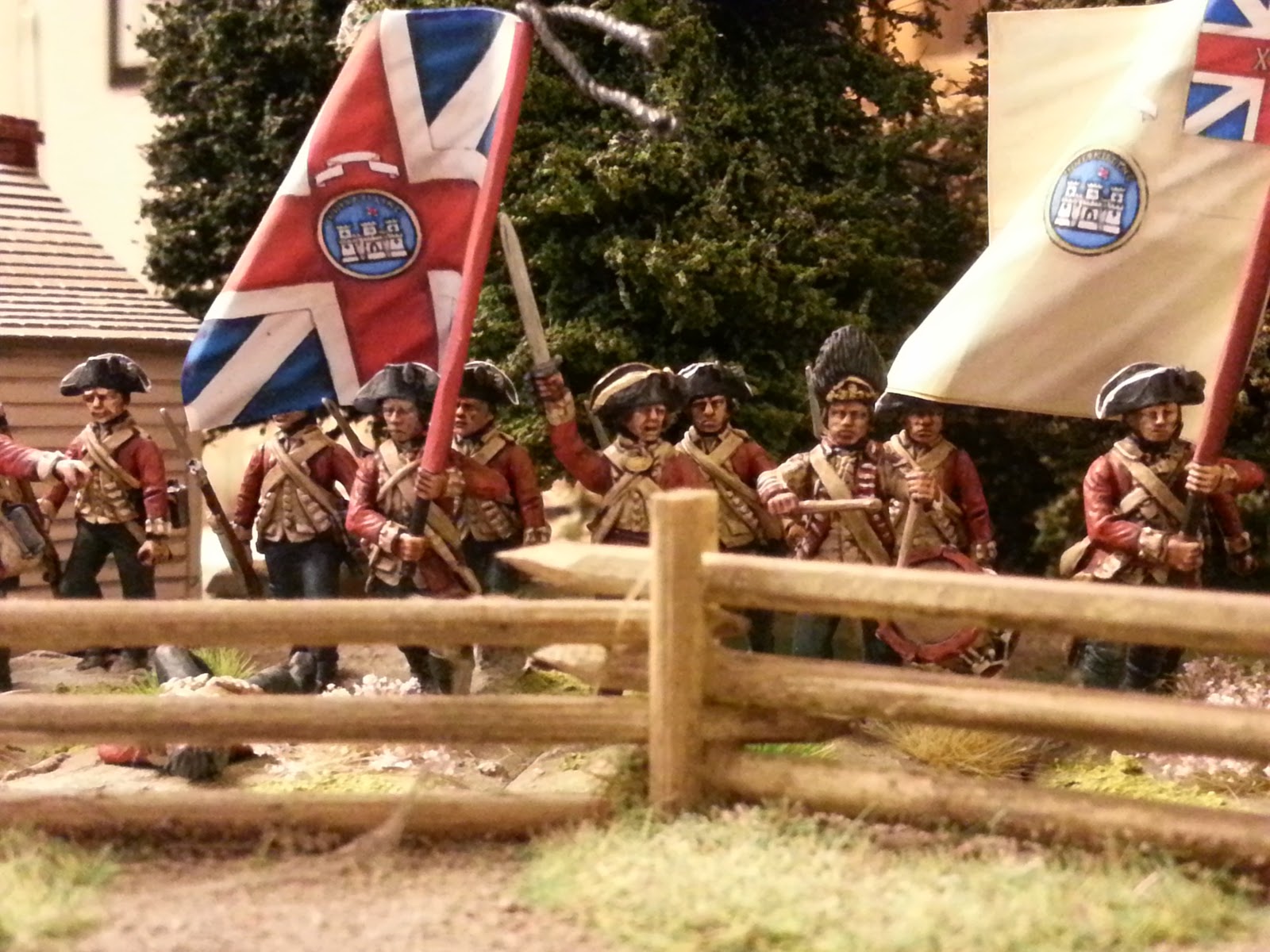 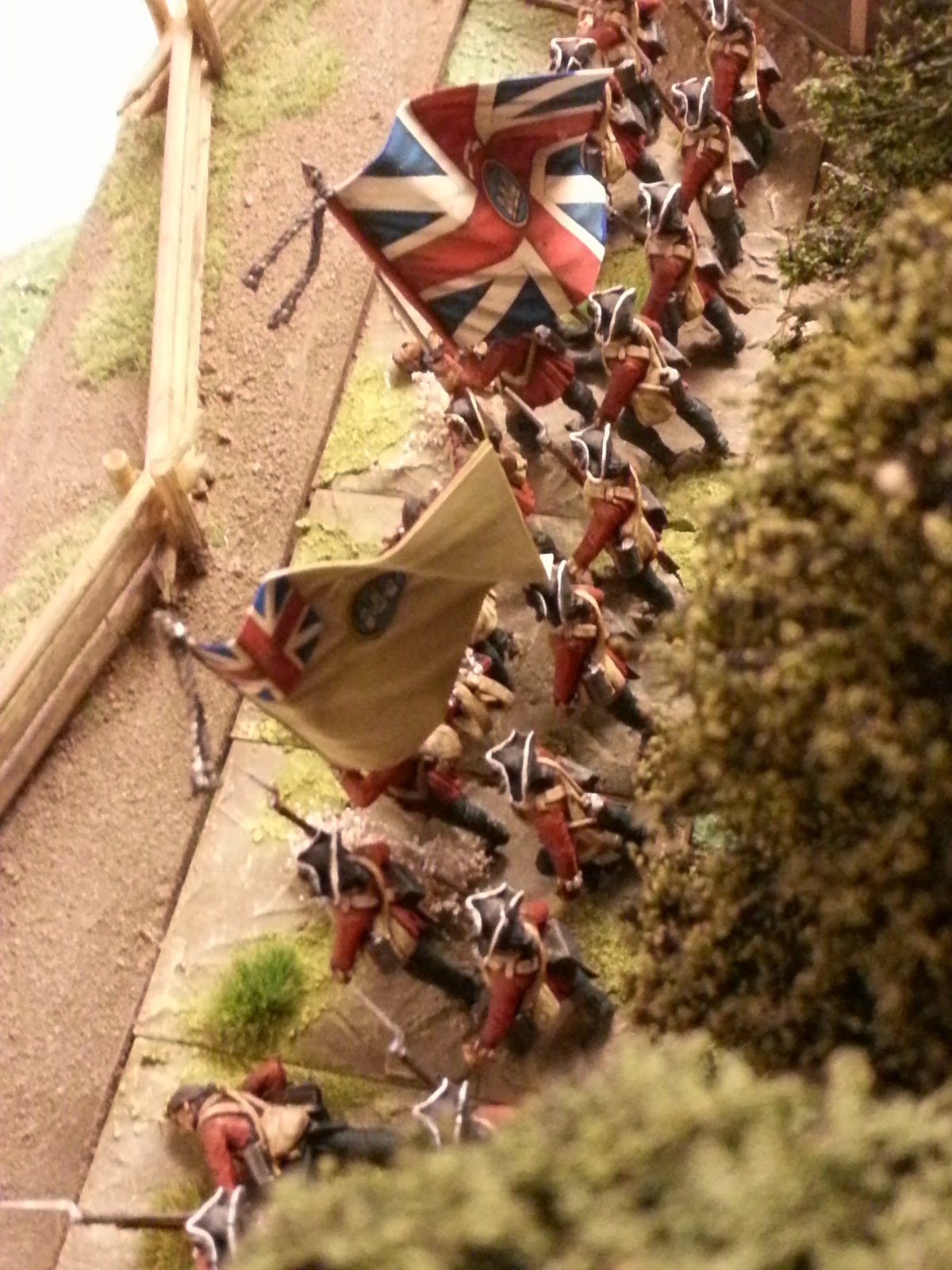 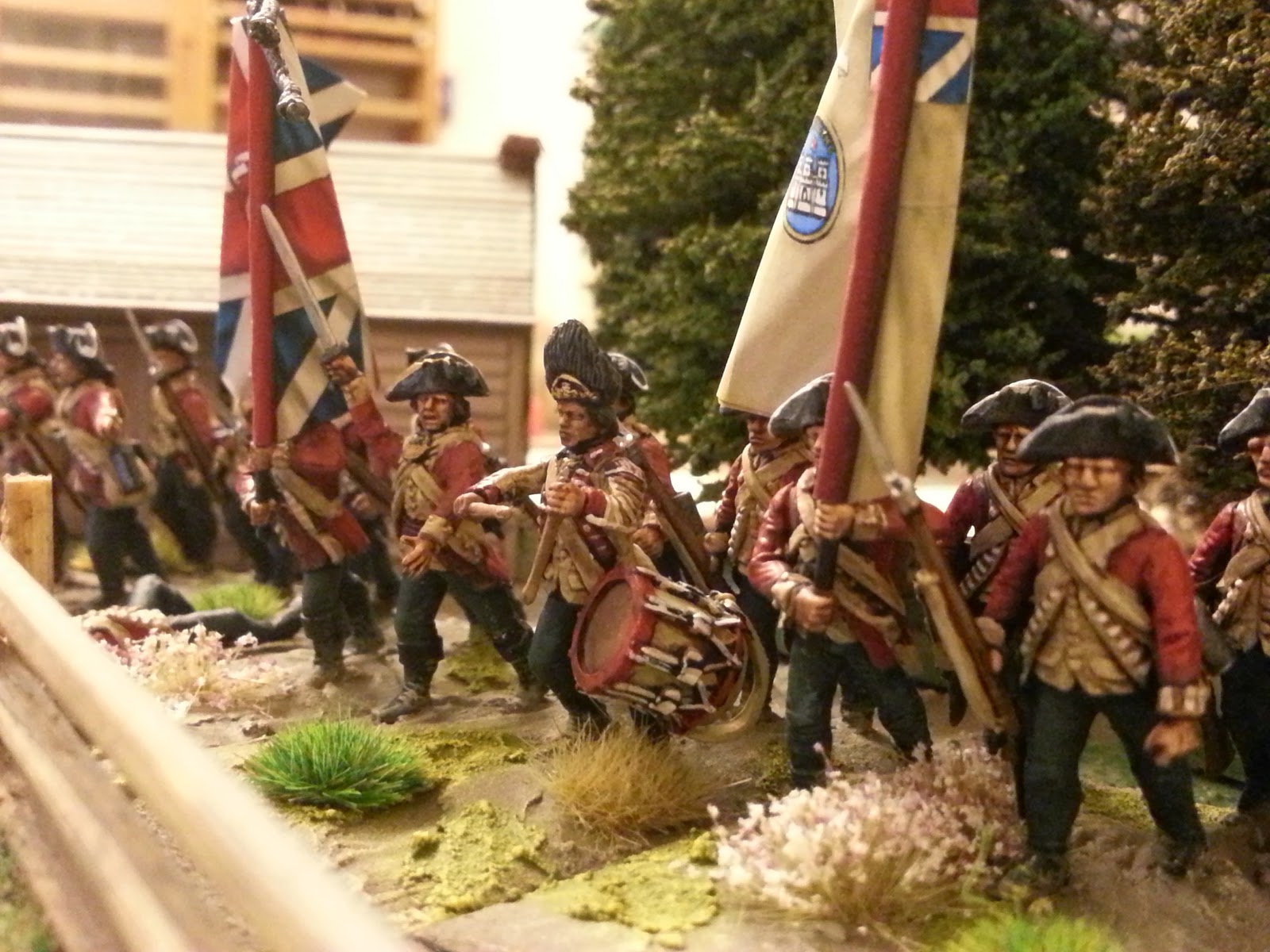 Next up will be the 40th South Lancs another "Buff" regiment, after the success of my Desert Rat box to table post, which was my highest read to date, I will be doing the same format for those showing the whole process.
Posted by Yarkshire Gamer at 14:17:00 No comments: