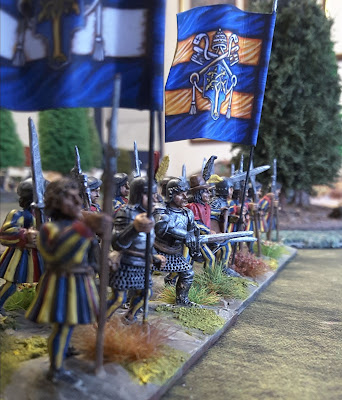 It's been a three months since I added to the new Italian Wars Project and after the big push for the Analogue Hobbies Winter Paint Challenge (which the Papal Army won the Challenge Choice Award 😁) my painting output has slowed down dramatically. But after years of painting I know it will come back, I have a new job at work so stress levels are lowering and the figure output is starting to rise again. 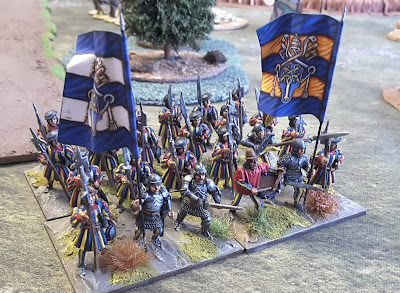 Now before the purists have a heart attack, I know this is a later uniform than the Italian Wars, I was lucky enough to see the painting "The Mass at Bolsena" 1514 Raphael, on my trip to the Vatican so I know what that depiction looks like but honestly who can resist the modern blue, yellow and red uniform of the Guard. 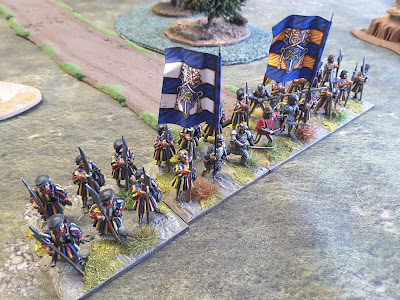 So I totally agree it's a bit of a fantasy unit but I bet you it will easily be the most recognisable unit in my army. Just need a 28mm Pope figure for it to Guard now ! 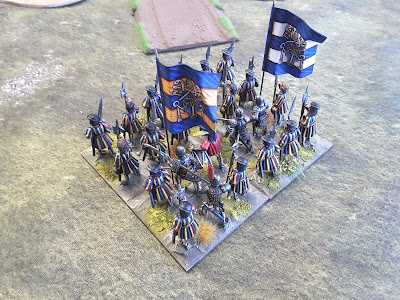 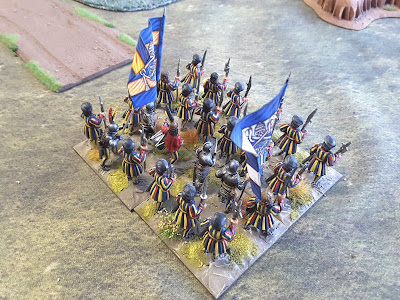 The figures are 28mm scale from TAG (The Assault Group) who sell a Papal Guard pack which form the bulk of the unit, I've added some of their Italian Command figures (and a rogue Perry Figure after the new dog ate one of the TAG figures !) To make up the 24 figures of the unit. 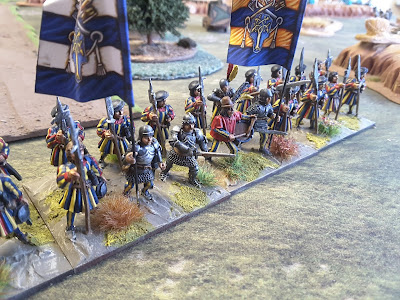 The figures are equipped with Polearms and will make a pretty ferocious unit on the table. Flags are as always from Pete's Flags. 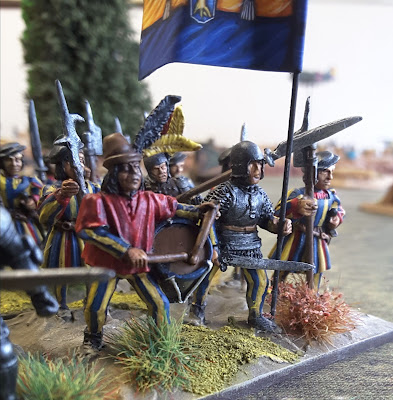 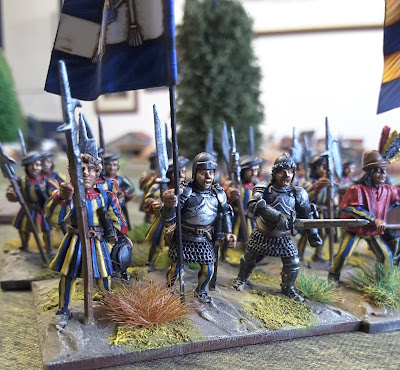 Next up for the Italian Wars Project will be a unit of shot whilst I also have some 1/2400 WW1 ships on the go. 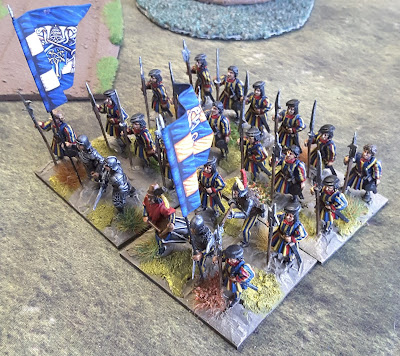 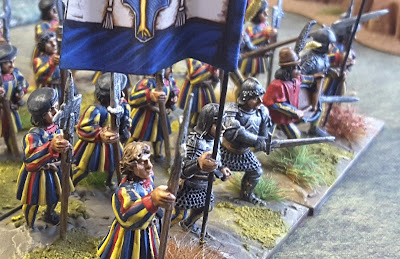