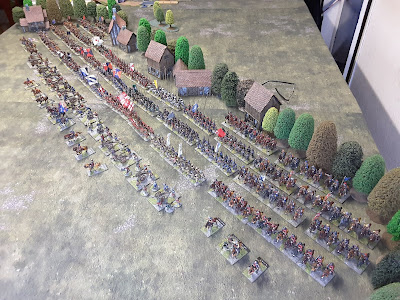 There is something very cathartic above setting a gaming collection out on the table for inspection. It's something I have reet enjoyed since starting this feature a few years back. Is it the joy of seeing the collection all together on the table or looking at the mass ranks with a sense of achievement, I don't know, but I do know that most of my fellow gamers will "get it".


As is becoming the norm at YG I have done a Yarkshire TV special on the Utubes to accompany the post (link above), for those that prefer static photos and text see below. For rules we play a homebrew  modified version of Forlorn Hope.

All the figures are metal, this was before the days of cheap plastic soldiers, all the bases have a reassuringly weighty feel. 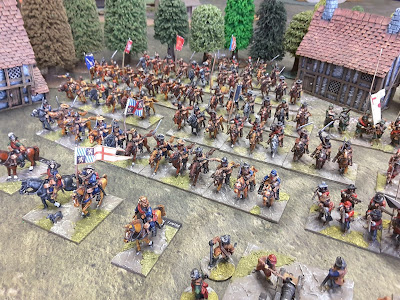 Starting on the right of the Army we have Prince Rupert (with his dog) and his group of Cavalry. These figures are all from Perrys bar the command which are Bicorne. 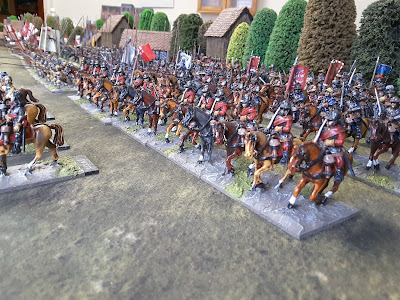 Over on the left I have my other wing of Cavalry, these are made up of Bicorne miniatures with a single unit of Renegade horse. At the head of the line is the Kings Mounted Lifeguard.

The Infantry in the middle are all from Renegade, I can't remember the exact details but I bought a load of them in one go during a deal they were running. 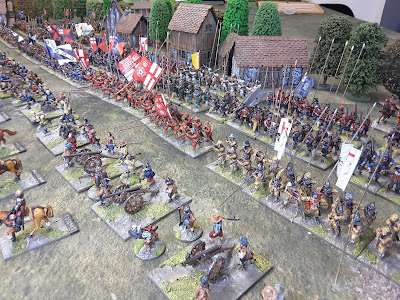 Those of you familiar with the period will recognise the flags of the units on show, rather than go for a specific army in terms of location and year I have picked and chosen from a number, with units from the Oxford Army and the Armies in Cheshire most prominent. Front rank here right to left as viewed are Talbots, Lifeguard and Ruperts. 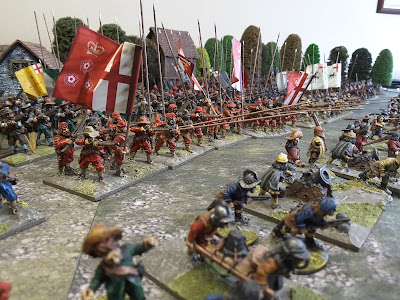 The Lifeguard was a particular joy with the extra flags. Forlorn Hope is a 33:1 scale (in terms of men to models) game so my units are between 16 and 30 figures strong but generally 20 or 24. We have found that units are just not viable with less than 16 figures. 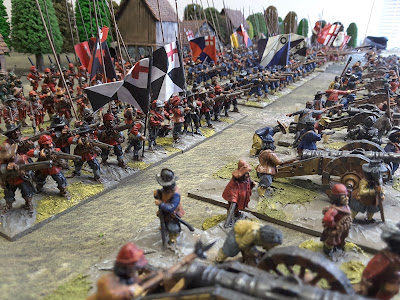 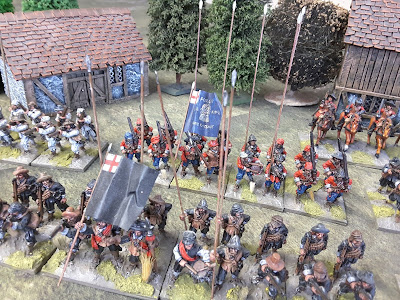 My favourite unit in the Army is this little 16 figure Chester Milita Regiment with its own made up flag "Forward for God and Cheshire" it implores. 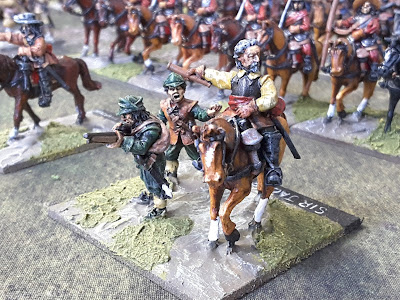 The personality figures are all Bicorne, here we have Sir Jacob Astley Commander of Foote. 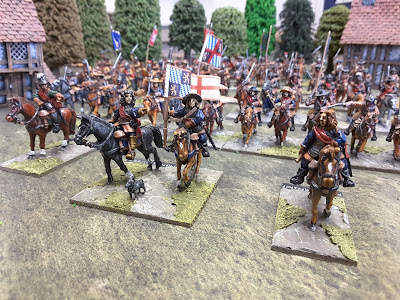 Prince Rupert of the Rhine, Commander of Horse. 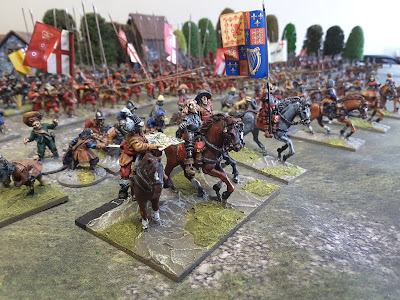 The main man himself King Charles, with Royal Standard carried by Sir Edmund Verney, odd figure, whatever I do the flag won't come off 🤔 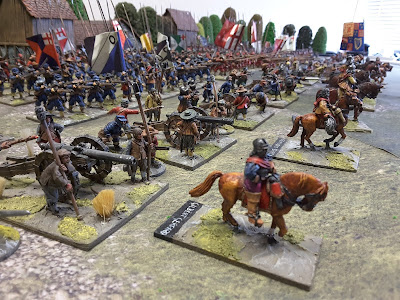 The guns are mostly Old Glory with a couple of Perrys Figures, I do seem to have bought rather a lot. 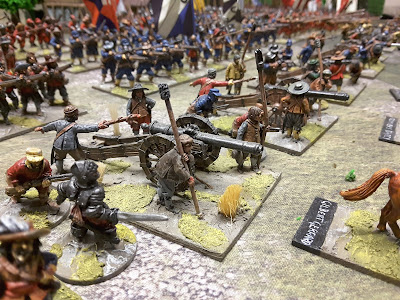 In between the guns are a number of individually based figures from Wargames Foundry which cover a number of functions, Forlorn Hope, Engineers, Rappers and Snipers. 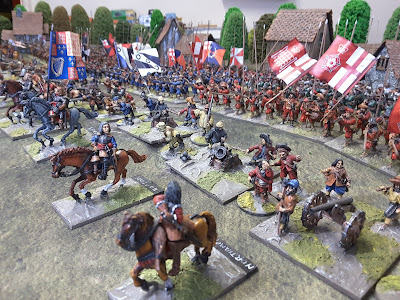 I love an army with lots of flags, it's not quite the Italian Wars but it's not far off. Most annoyingly after packing all the figs away I realised I forgot to put out my two units of Dragoons (mounted and dismounted) as well as my single unit of Cuirass 😣 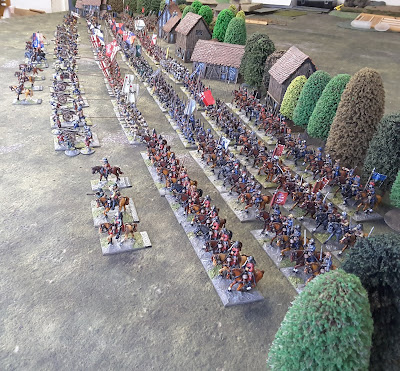 Hopefully you have enjoyed that bit of fun, hopefully in a few weeks tine we will be back gaming.
Posted by Yarkshire Gamer at 08:58:00