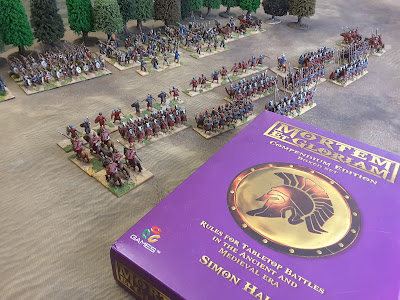 I've been looking a long time for a set of Ancient Rules and Mortem et Gloriam is the current contender for the lofty prize of being the go to set for the YG games. We do tend to stick with rule sets once we settle on one (Johnny Reb II being the prime example), I like to collect figures, not rule sets 😂
Above is a Utube vid of the rules opening, I've not gone too deeply into mechanisms etc, that can wait till we get gaming again but it's a good run through what's in the box for your brass and a guide to the basics. No written run through with this, I think the video is by far the best medium for this. 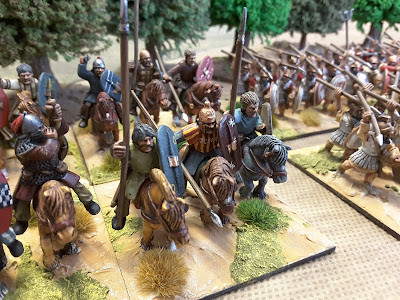 It was also a nice excuse to dig out my 28mm Ancient stuff, a lot of it is 15 years old or more and has only seen the light of day with failed attempts at Hail Caesar (spoiler it's the same as all the other Warlord Rules) and writing our own rules (time beat me). 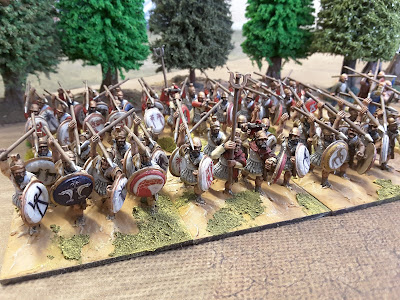 I've even started putting together some Italian Allied Legion figures so the rules have definitely un plugged the Ancients blockage. 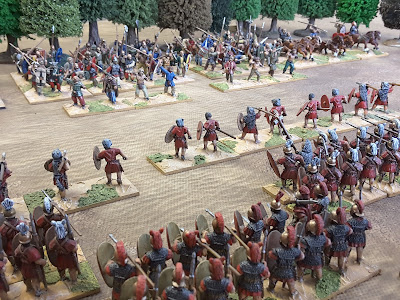 Hopefully we will be looking at actual games rather than set up for photography armies soon.
Posted by Yarkshire Gamer at 09:21:00