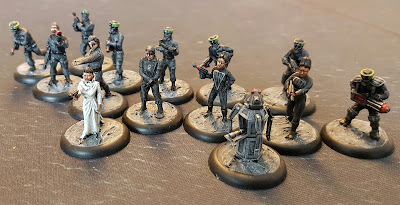 Last month I introduced the viewer to my slight detour into the 1970s world of Sci Fi TV and my first batch of figures for my 7tv (Yarkshire Region) game, that post covering the "Good" guys and gals can be seen here.

So this time round it's the "baddies", the Federation led by the wonderfully evil and rather eye catching Servalan, there won't be many chaps of my age who don't remember that lady. 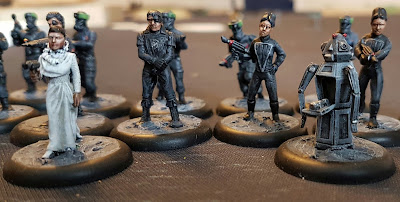 The great thing about the Federation is everything is black, black and more black, a nice straight forward palette. I did struggle a little with Servalan face as all my attempts at make up made the figure look like a killer clown ! I toned everything down in the end but might go back for another pop at some stage.

When I bought these figures they were part of the 7tv range from Crooked Dice however they have now split off to a separate company called The Beast in the Broch, the companies website so if you fancy buying any of these great minis the new website is HERE 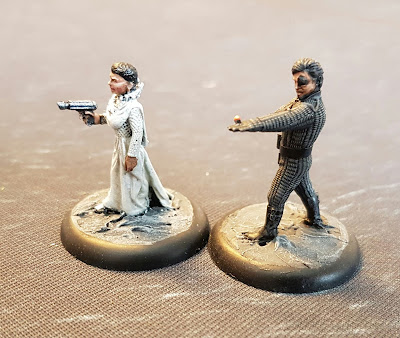 I have all the character cards etc to use these for the 7tv rules but Graeme at Beast in the Broch is talking about developing his own rule set to go with these so it will be interesting to see how they develop. 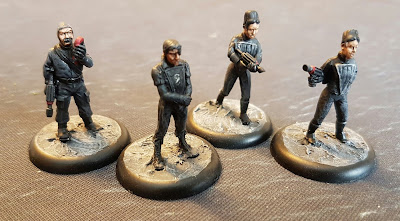 I have been watching the series back on YouTube  (were it's available for those who haven't seen it) and I'm quite looking forward to getting a game in soon. 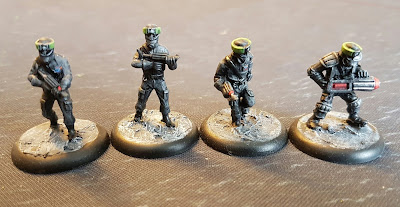 A really great set of figures for one of my all time favourite TV shows. 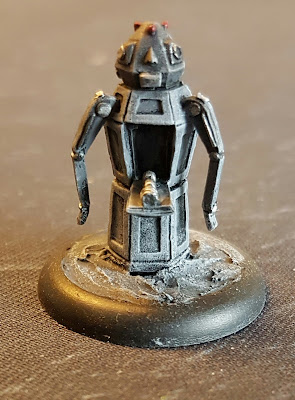