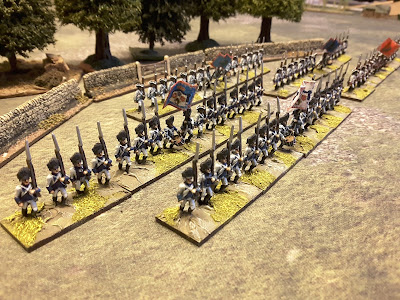 One of my main focuses this year was to try and keep up a steady flow of finished units in an attempt to keep a level of discipline to my painting. So the idea was to complete a unit every 10 days and only start on other units once that "weeks" unit was complete. 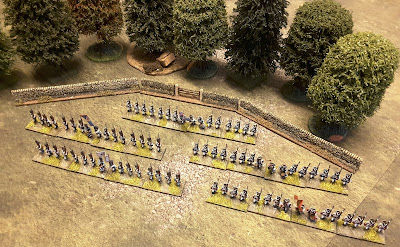 I have to say that even with other major projects on the go it has really kept output up and there is a small, but noticeable dent in the lead mountain. I have got through quite a bit of Seven Years War this year (approaching 300 figures) getting some British Infantry and Cavalry done along with some French Guard. Next up out of the box file full of 15mm Figs was the Saxons Infantry contingent from Minden. 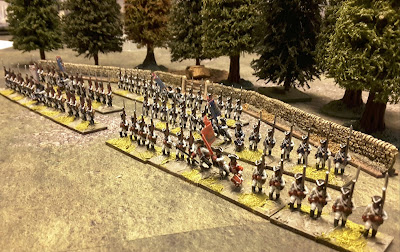 This week I based up the 5 battalions of 16 Figs each that have been completed over the last couple of months. Two of the units are Mini Figs the other units are a bit more unusual. 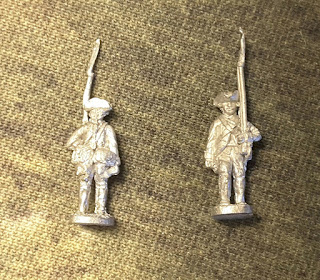 A long time ago, in a Galaxy far far away, well about 25 years ago, the members of Leeds Wargames Club were looking to move into 15mm SYW and decided collectively to commission their own figure as a generic basic Infantry type to cheaply fill out the "meat" of the Infantry Battalions.

The figures were made by Steve Royen former owner of Hallmark Figures, they are true 15mm, ie considerably smaller than todays 18mm fare. The idea at the time was to use the Mini Figs command packs to complete the units. 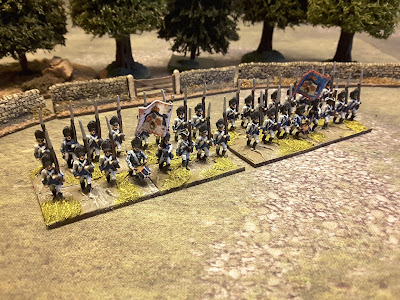 These first two units represent the two Kurprinzessin Grenadier Battalions who formed part of the Saxon Infantry Contingent at Minden, these are all Minifigs. 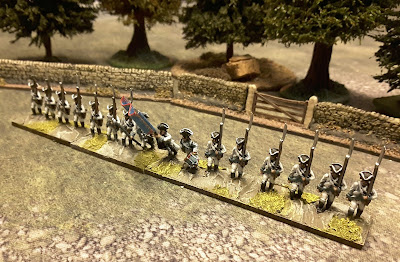 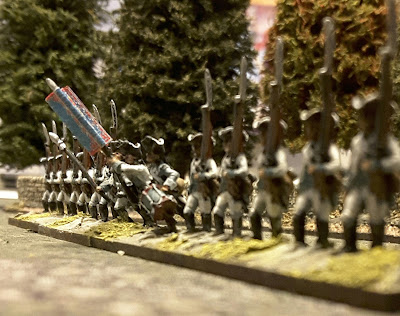 Next up is two shots of the Prinz Sachsen Gotha Battalion which is comprised of the "home made" figures and some Minifigs command figs, the later have been reworked since the original plan was hatched and they are larger than the old traditional style. The pose of the command team is a sloping advance which makes the fit slightly better. 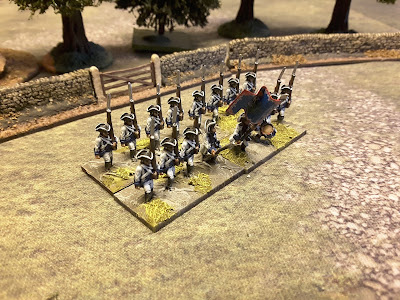 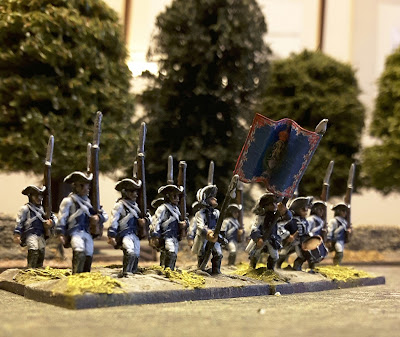 Two shots next of the Prinz Anton Battalion, based on 40 x 20 mm bases. 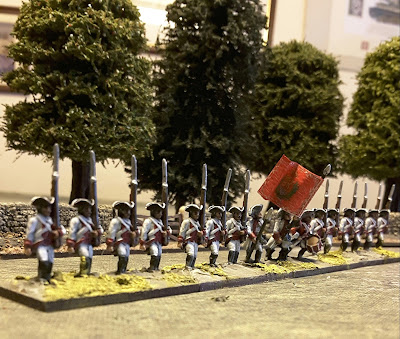 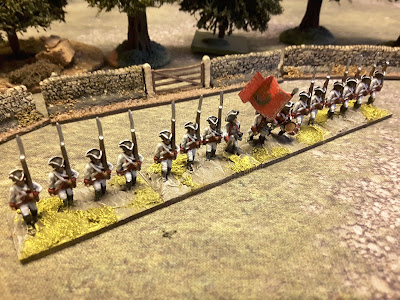 Finally we have the Graf Brühl Battalion in all its glory. The flags are made by Maverick Models and I am going to reserve my judgement on them for now. Great service and communication from the company, they also allow you to buy individual unit flags rather than buying a sheet of 3 and throwing two away.

My issue with the flags is the finish, I ordered the "effect" type and it does not work very well in this scale, it detracts from the detail on the flag and I am sure that the standard flat finish would be much better at this size. I will certainly be ordering from Maverick again as the price and selection is good, I will just avoid the effect type. I am already halfway through the next unit of the 14 Saxon Infantry Battalions in the French Army, the next 5 are scheduled just after Xmas.
Posted by Yarkshire Gamer at 09:06:00 No comments:

When I saw these fantastic figures recently I just knew I had to have a set. The film on which they "may" have been based is without doubt one of the greatest motion picture of all time.

If you meet someone for the first time and just say "Princess Bride" to them and they look blank, walk away. If they "know" their face will Light up and they will quote from the film and you, you will have a friend for life. You either get PB or you don't, a mix of fairy tale, fantasy, action, romance (is this kissing book ?) and humour, it is just brilliant. 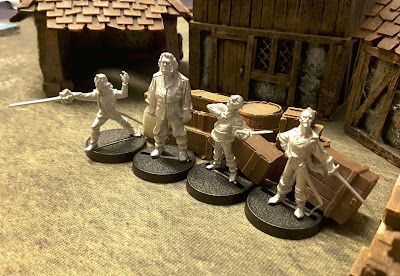 The figures themselves are heroic 28mm in scale, metal and represent 4 of the main characters in the story. They are made by a new company (to me anyway) called Antediluvian Miniatures.

If you click on the link above it will take you straight to the figures, they are not available separately but in a set of 4 for £16 plus reasonable postage. 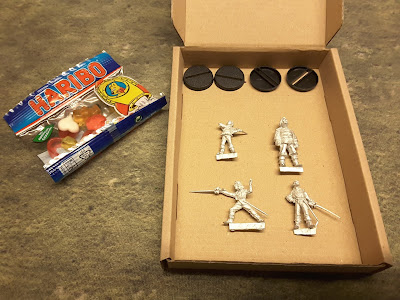 Fantastic turn around time, they arrived 3 days after ordering, the box contained not only the figures but a bag of Haribo, perfect to munch on when watching the film for the 127th time.

The first figure the hired swordsman is stood sword outstretched in a lunge, the details and character are fantastic, all the figures are very cleanly cast (the pictures show the figures straight out of the box) and I only found a couple of small pieces to trim away before priming and these were supporting sword scabbard.

Next up our hero and "Dread Pirate" again a lovely cast, thin but then so was the character.

Then we have the Giant, suitably sized of course.

And finally our Sicilian "mastermind" 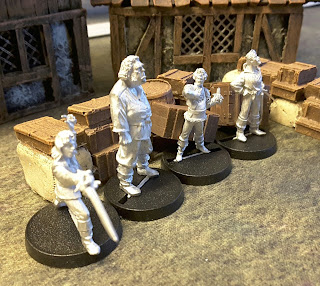 Great figures, I recommend them to anyone, really looking forward to painting these up. Not sure what I will use them for, I'm sure I will be able to work out something in 7tv or EotD for them.
Posted by Yarkshire Gamer at 09:13:00 No comments: 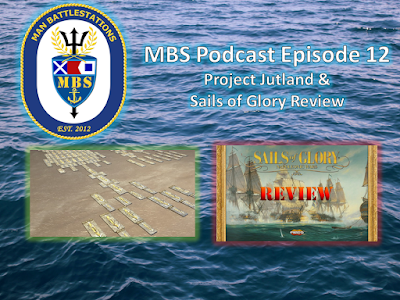 A few weeks back I had the pleasure of chatting with Andy and Greg from the Man Battlestations site based in the US for about an hour about Project Jutland and Naval Gaming in general. It was great fun speaking with the guys and the podcast has come out great. Click on the link below and have a listen, I am on after about 30 minutes. 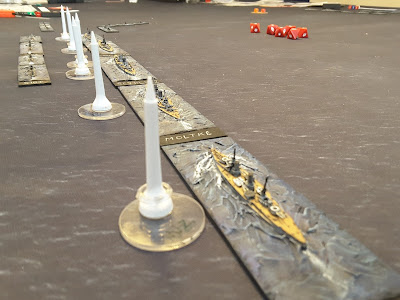 If you haven't come across Man Battlestations before the guys run a cracking site on which they cover all manner of Naval matters from Historical to Fantasy to Space based games. There is a monthly podcast a blog and a forum to look at on the site so get down there and check it out.
Posted by Yarkshire Gamer at 01:11:00 No comments: 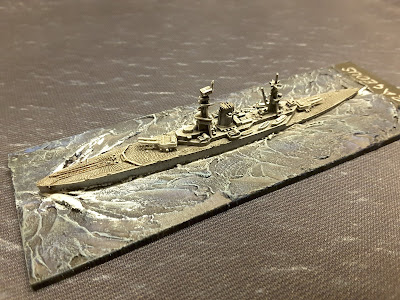 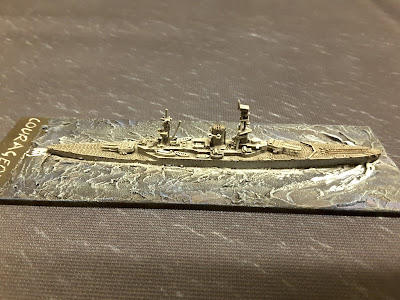 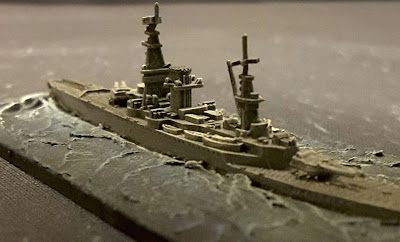 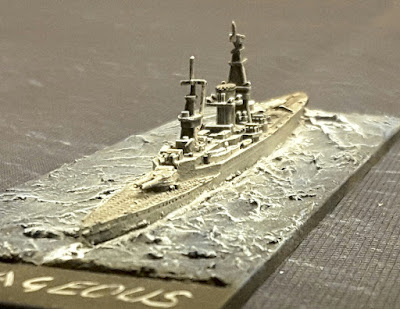 It's the WW1 Gaming Event at the Armouries this weekend so I might see you there.
Posted by Yarkshire Gamer at 10:05:00 No comments: 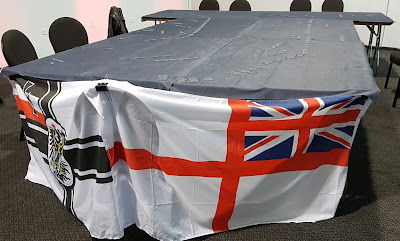 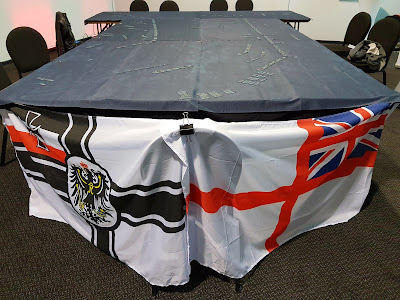 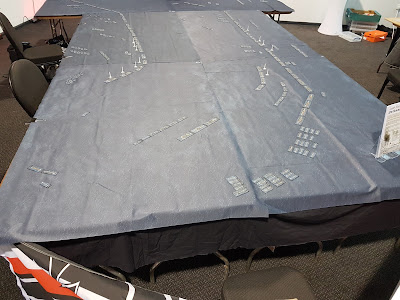 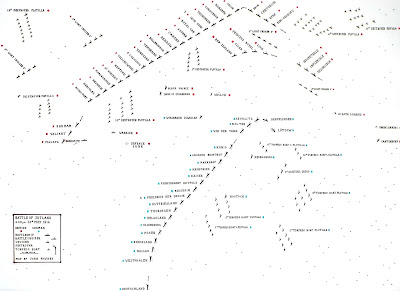 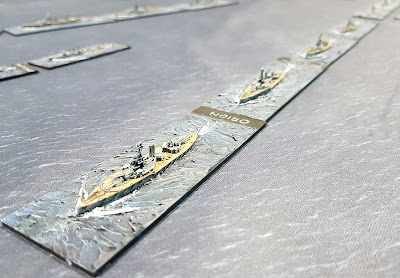 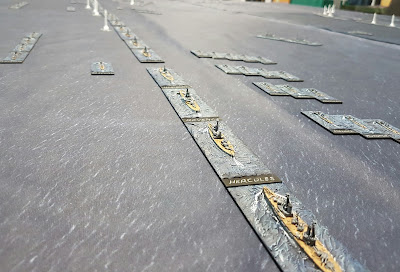 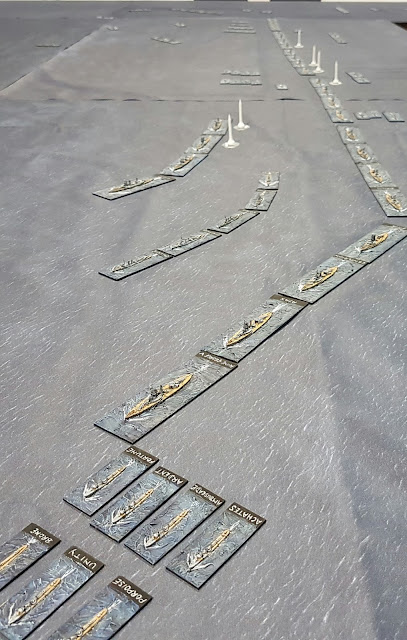