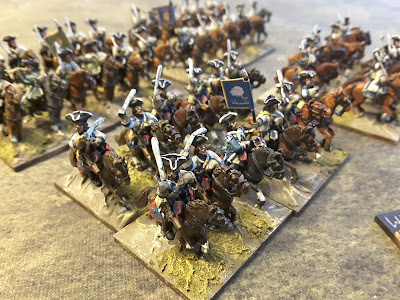 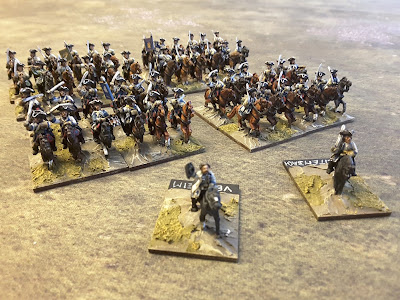 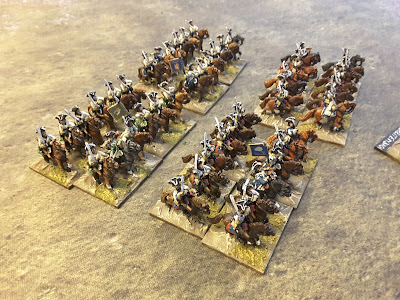 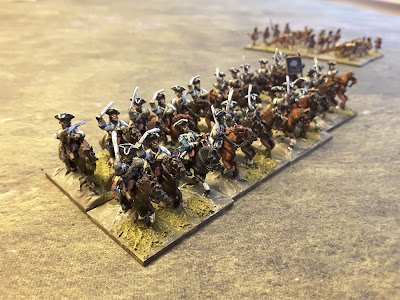 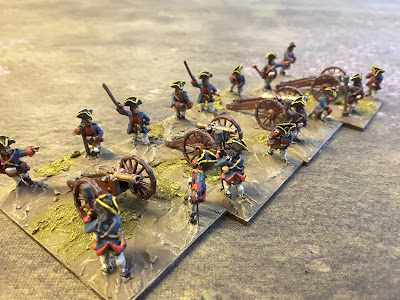 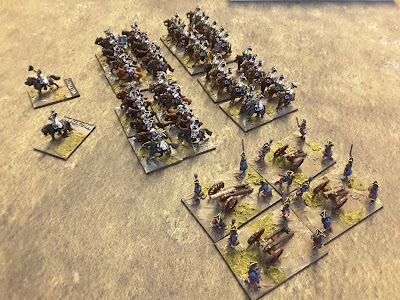 The Analogue Hobbies Winter Paint Challenge is about to begin so the paints are ready to go, stand by for a 28mm WW1 fest.
Posted by Yarkshire Gamer at 13:06:00 No comments: 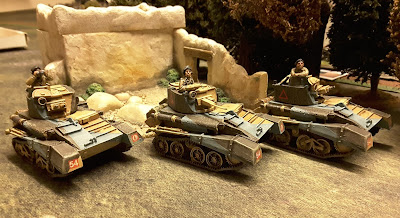 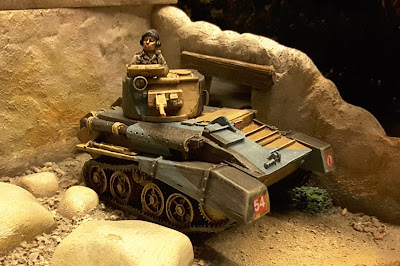 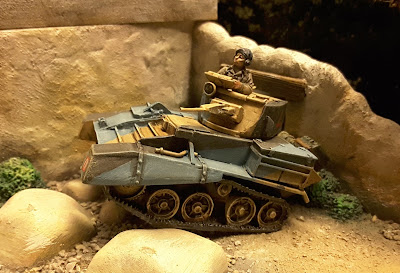 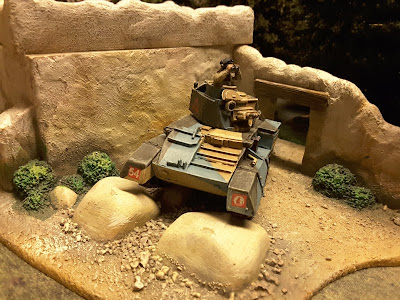 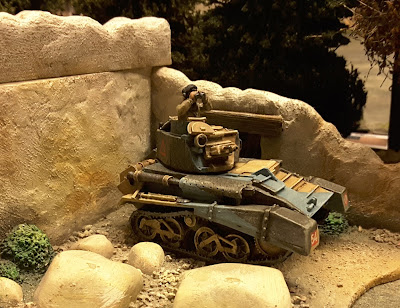 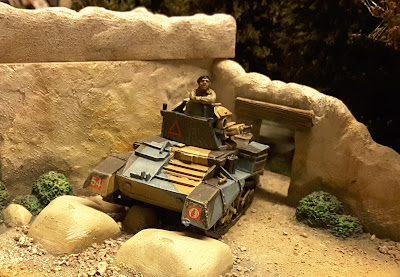 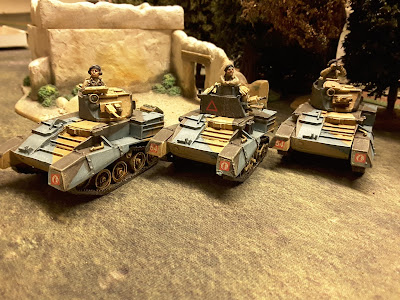 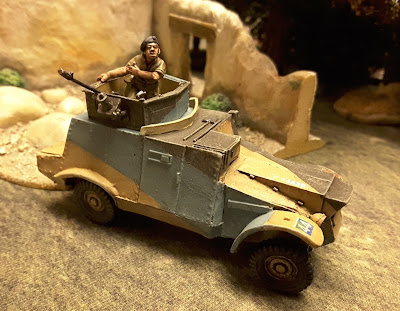 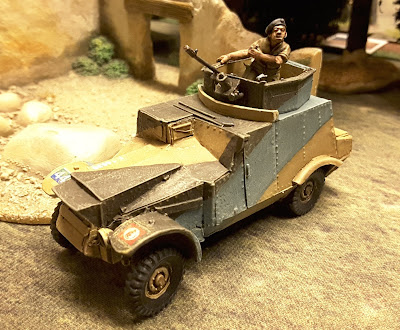 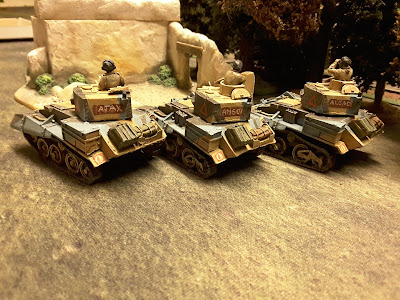 I have a small unit of SYW Art on the table and then it will be full on prep for the challenge.
Posted by Yarkshire Gamer at 08:41:00 No comments:

It's that time of year again, blow the dust off my big 6mm ACW collection and do a bit of Johnny Reb 2 gaming. A firm favourite since my late teens it's always good to come back to a spot of JR2.

It's always a challenge to select a decent battle with so many to choose from. Last year's Gaines Mill battle saw me having to knock out a quick Division of Confederates  even this year's more modest battle needed a rapid paint job on some more Artillery for both sides. 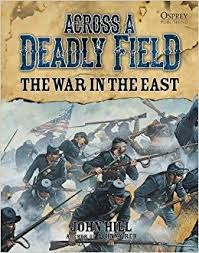 The scenario was inspired by the Champion Hill game in the book above. Although this (and the War in the West book) are for the Across A Deadly Field rules (or JR IV as they should be called. They are packed with great info, maps and orbats, which can be used for any rule set. Highly recommended.

Top tip for any rule writer, STOP messing about with your basing between rule versions ! If I have painted 3 Corps worth of Union and 2 Corps of Confederates for one rule system I am not rebasing them repeatedly for what are essentially upgraded versions of the same game ! Rant over.

Champion Hill was without doubt the pivotal moment in the Vicksburg Campaign in the East, Grants Union Troops attacked Pembertons Confederates who had formed a defensive line along a ridge which overlooked the Jackson Creek.

The edge of the Confederate line formed an L shape with S D Lees Alabama Brigade holding the Left flank. Grant ordered a general attack along the line with the main thrust coming at the junction of the L shape. 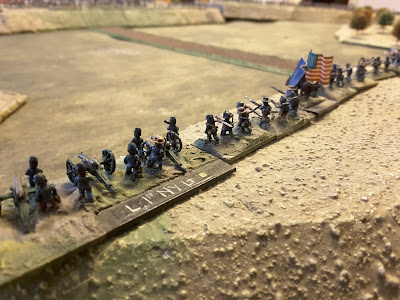 The battle on Champion Hill raged back and forth but the Rebels just didn't have enough troops in the area to hold out indefinitely. Pemberton pleaded with Loring to send Confederate units from his quieter sector of the Battle but he refused.

The timing here was crucial, Grant attacked in force again on the Hill and broke through just as Loring decided to send help. It was too late, the Union Army was victorious. Pemberton had no choice other than retreating the 20 miles to Vicksburg where they eventually surrendered after a siege.

We used the whole of our 12 x 6 ft table using 6mm Adler Miniatures and Johnny Reb 2 rules for the battle, which uses a 20 to one figure scale. 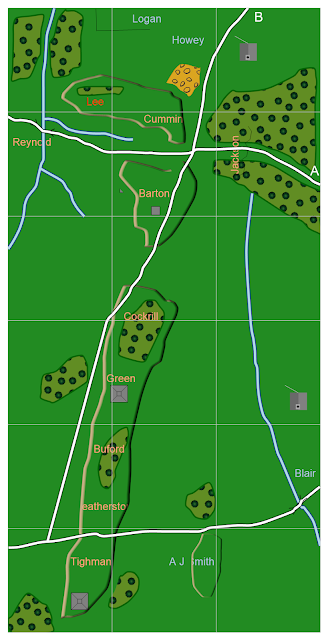 Deployment areas are as shown on the map.

I have included a detailed orbat below, I normally put this first before the AAR but I have had some right issues with this post formatting wise. I imported the orbats in from Excel and it seems to have caused a shed collapse in the old computer.

Well it's not every day that you completely change the course of History is it, this refight was one of those days. In what seemed like a shoe in for the boys in dark blue it all went quite wrong, quite quickly.

The battle neatly breaks down at the start into three very separate fights,

In the 1st area the 4 Union brigades are never really going to trouble the Confederates lining Coker House Ridge, outnumbered and disadvantaged in terms of terrain it's very much a no go in terms of a break through.

However they do have an important role in the battle, the more Confederates they can hold on the ridge and prevent from reinforcing Champion Hill the better chances the main assault should have.

I played this part of the Rebel line, Ian the troops opposite, we had our own little battle that had no real effect on the main event to my left. I managed to get the mounted elements of my force and Cockrills Brigade in motion towards Champion Hill, but events in that location meant they weren't actually needed.

In the woods to the East of Champion Hill the small brigade of lightly armed Rebels waited behind their barricades for Osterhaus to attack.

No matter how hard they tried the Union Troops just couldn't break the thin grey line. Garrards Union Brigade battered against the wooden barrier but it was in vain, high casualties and poor dice routing the Brigade.

It took some doing but finally the Union Troops broke the small brigade of Confederate troops but it was too late in the day. The battle had been decided on Champion Hill itself.

Over on the Hill things were rather less sedate, things went badly wrong for the Union troops from the get go and it really didn't get much better.


Logan's Union Division was the first to come a cropper,  with a Brigade Commander called Leggett, who would have thought !

Some relatively long range Artillery fire and the skirmish line from Lee's Confederate units caused some reasonable but not usually final damage to Leggetts troops before the curse of the dice arrived. I can't recall ever seeing so many 2s and 3s with 2d6 in such a short space of time, units were going backwards initially and then after another set of what can only be described as "poor" dice one Union Brigade was off the table and on the way home.

The Union Commander came on to Champion Hill in Brigade Column, no messing about here, great for assaulting positions, if you get in, but very heavy on casualties.

The first column hit the 56th Georgia Regt causing it to rout, things were looking up for the boys in blue.

But with the earlier rout Lee was able to bring his troops off the hill and onto the flank of the advancing US columns. It wasn't pretty as the casualties mounted up, with a bit of time to breath the Confederates reorganised the lines and waited for round two.

The extra casualties on the advancing Union Brigades proved crucial, as did some spectacularly poor dice throwing (again), tests were failed and two more Brigades were routing.

The next two Brigade Columns with the help of some Rebel fire and more, you guessed it, poor dice, saw the routing columns and decided that attacking the hill was not such a good idea after all.

With 5 brigades lost in a short space of time and Confederate troops redeploying from other areas of the Battlefield to strengthen those units on Champion Hill, the Union Commander called off the attack and the Rebel Yell of victory sounded along the line.

So there you have it history changed, our result would certainly have altered the course of the Vicksburg Campaign but would it have changed the outcome ?

So that's ACW for this year, our next battle sees us staying in the US, but travelling further back in time to the AWI and Monmouth Courthouse, see you there.

All Union Commanders are +1 apart from Grant who is +2, all troops have Rifle Muskets.

All reinforcements arrive either on road A or B in column with the guns of the brigade at the rear. New reinforcements cannot enter the table if the entry point is blocked. Entry points and times are shown next to the Brigade Commanders.

For units on table at the start of the game see the above map for deployment areas.

Number of figures at the start of the game are shown in the third column, with losses in our game in the final column. I have also added a note is the entire Brigade had routed at the end of the game.

Apologies for the amount of text before a picture, for some reason the program wouldn't let me post in the imported orbat.

As Union Orbat, except Brigade commanders are rated individually and all units start the game on table however some are restricted.


Each Confederate Brigade may defend its own set up area with no restrictions however to reflect the poor command and control on the day of the battle brigades may not move out of their deployment areas until the time stated below. If nothing is shown by the Brigade Commander they are free to move from turn 1.

All the Confederates have Rifle Muskets which I thought a little unusual but those who know a lot more than me were happy that Pembertons Army was well equipped. I also gave the Sharpshooter units suitable weapons. 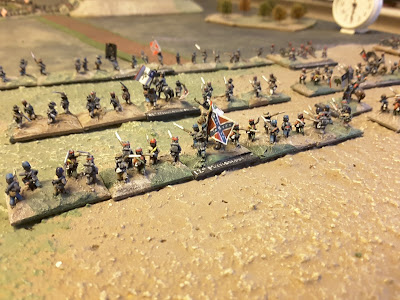