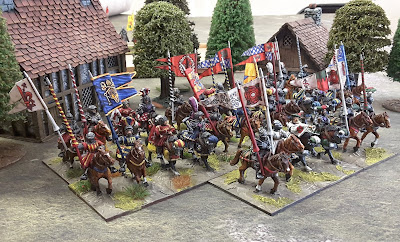 An interesting question came up on the Twitters whilst I was chatting about my review of the Furioso rule set, what about a Campaign System ? You know each player is a Condottiero building his forces and manoeuvring for position, fortune and fame in late 15th Century Italy, that sort of thing.

Well sit back, I think I have found it. 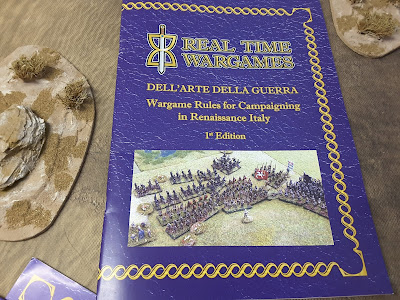 I present Dell'arte Del La Guerra from a Company who are new too me Real Time Wargames. I found them during a random search on the Googles, I couldn't find much information or reviews about them on the tinterwebnet so I took a punt.

The book has a Campaign System for up to 6 players to take the role of a Condottiero in the late 15th Century in the years leading up to the French Invasion in 1495 (or invitation depending on your viewpoint), everything I mentioned in my opening paragraph. 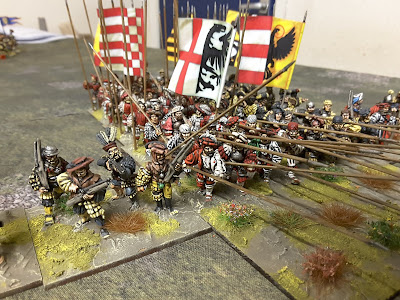 I bought the printed version and if it's your thing I would go for that version as will become plain during the review.

First thing to say is that the book also has some tabletop rules within them, this review does not cover that part of the publication, I am happy with Furioso at the moment. 1st off a video covering the physical content of the book.


For those who don't do the Utube here are some stills of content. The use of the cards becomes clearer when watched in conjunction with the game play video. 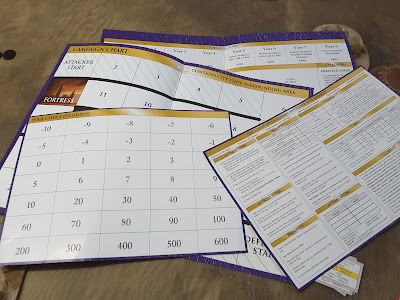 Above are the game mats included in the printed version, we have, 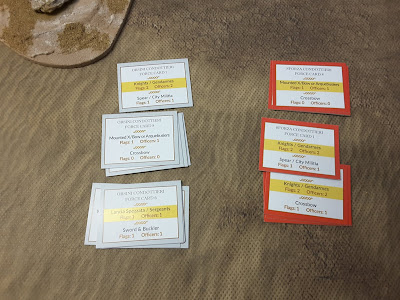 A set of Unit Cards for each of the Condottiero, defining two units from that army, they are printed on decent card and are good quality. Each of the 6 players have 10 cards each. 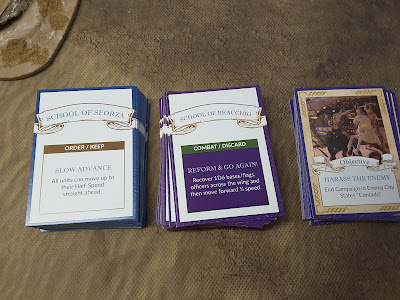 Next up are three sets of cards, one each for the two schools of warfare in the game. These are specifically for the tabletop rules and are used to influence game play, however I don't think they would be too difficult to adapt to whatever rule set you use.

The third deck are objective cards, these are drawn at random each game year and provide a focus for the campaign. 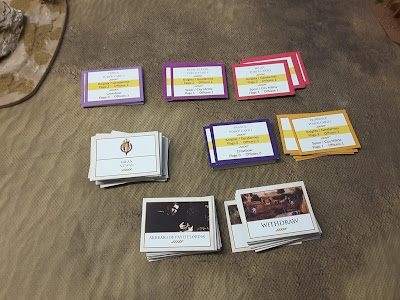 Above is a picture of the remaining cards in the set, there a unit cards for the City States (50 cards) plus a number of cards representing the French Invaders.

In fact everything you need, bar a few dice and a deck of playing cards. There are hundreds of cards here and for me, well worth the extra 10 quid. 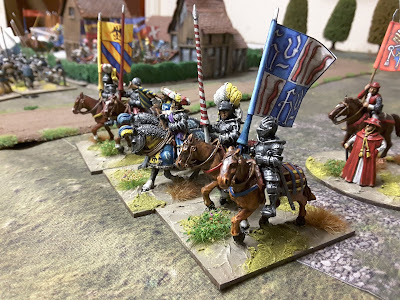 The next section covers an example of the set up and workings of the Campaign, I have done this solely on the Utubes as it's much easier to present that way.

Hopefully that will have given you an idea of the rule set and how they might work for you. Don't forget they include a tabletop rule set as well.

The movement map for the armies is very straight forward and some may miss a more traditional map based system but it's a nice simple way of working out Army Movement and we will definitely be giving it a go.

I'm off to raise (ok paint) some more troops for his Holiness, "Viva il Papa" 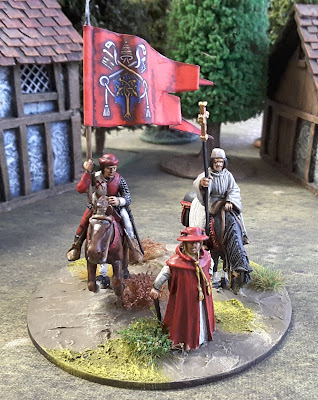