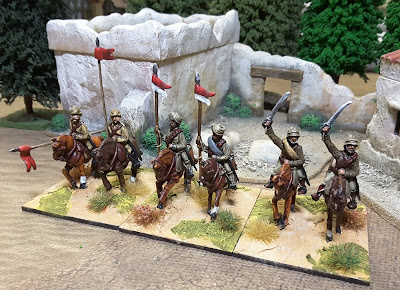 A few weeks ago I posted on a few of the wargames sites asking for suggestions for options to cover Cavalry options for the Mesopotamia Campaign of WW1. I have some Great War Miniatures with head swaps for the British and some figures from the Minifigs East Ablaze for the Turkish but wanted some more options especially for Indian Cavalry.
A number of options were suggested, sadly Brigade Games aren't avaliable direct in the UK and importing from the US at the moment is just massively prohibitive. 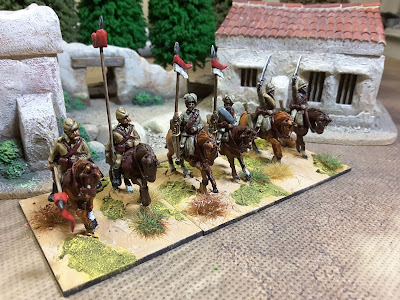 One company that was suggested was Irregular Miniatures who to be honest I wasn't aware did WW1 figures. I visited the website and ordered 6 figures of three different types as a sample. I've painted them up and now it's time to compare them to my existing collections. 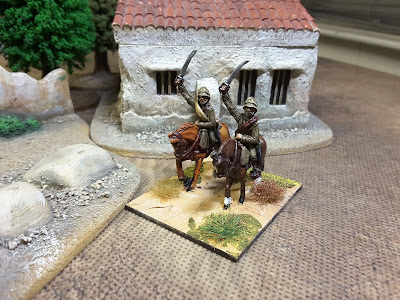 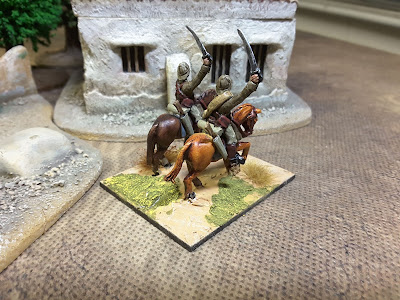 First up are the British Cavalry these have the 1903 ammo bandoliers that prevent the use of earlier figures (like Afgan War) but have Colonial Helmets rather than the Wolesley style more common in Mesopotamia. I do have some pics of troops in theatre with them but these figs look more Boer War to me. 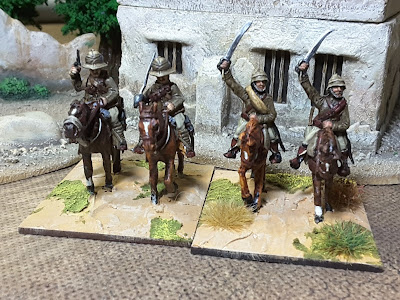 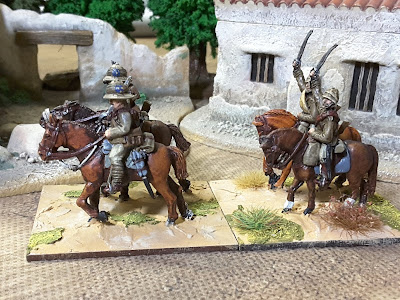 The next two pics show them against a base of my existing Great War Miniatures Cavalry, the GWM are bigger by a visible amount, but the two aren't incompatible on the same table. They have painted up quite well but I'm just not sure about the hat. Undecided. 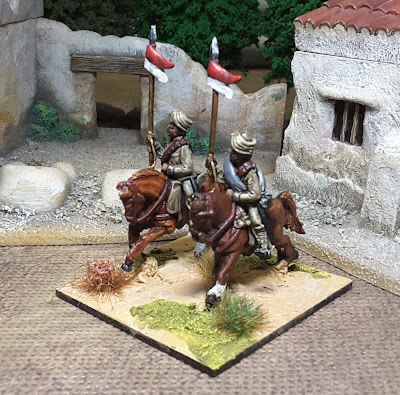 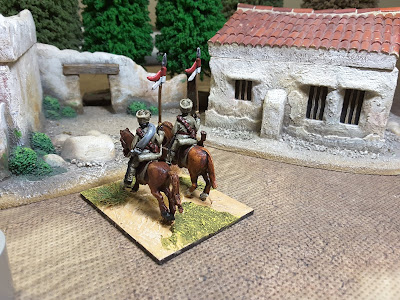 Next up are some Indian Cavalry with Lance, these are probably the best of the three types of figures I bought. Other than the faces being a bit awkward from some angles I like these. For purists I improvised on the lance pennants, as far as I can tell they weren't used in the field so I guessed 👍 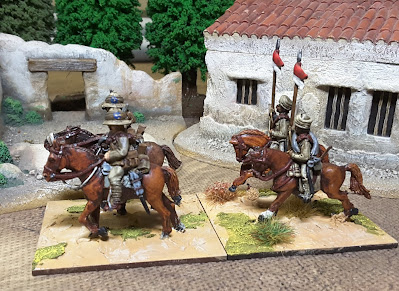 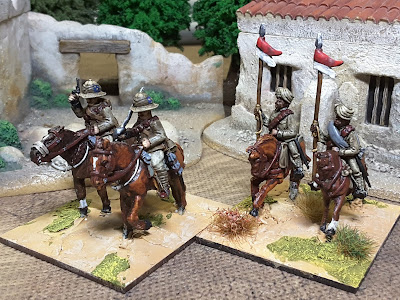 Here they are size wise against the GWM British, these look a lot closer than the Brits do, smaller yes, but only a bit. I like these and may end up getting at least one unit. My alternative to these are some Artizan Afgan War Indian Cavalry, I am looking at the possibility of someone 3d printing the bandoliers but I've no idea if it will work. 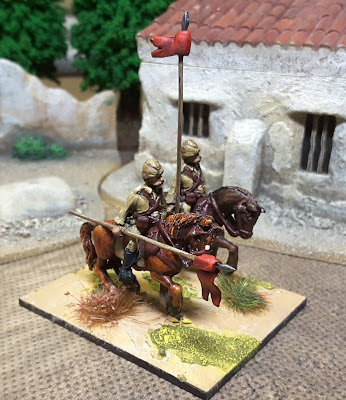 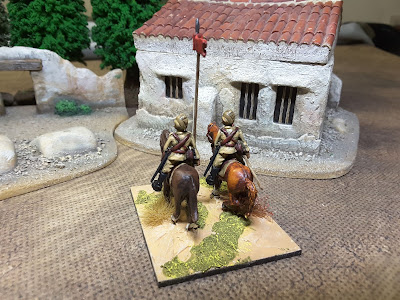 Finally are a couple of Turkish Lancers, these are more toy soldier like in their appearance but once painted up they look pretty good. 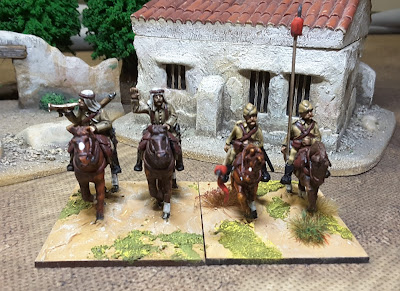 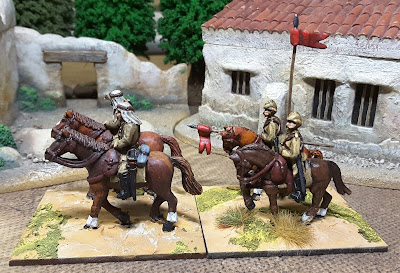 Finally the size comparison, these are next to the Minifigs East Ablaze figures (The horses for which are huge !). There is a big difference in size here, although the figures themselves are pretty similar the Irregular horses look like pit ponies. Again I'm undecided on these, they are fine as figures but the size comparison makes it difficult to justify them in the same unit.
They are well priced at £2.64 each or 8 for £17.60  (2.20 each) compared to around £3.50 a figure for the other two. Website link for the figures below.
http://www.irregularminiatures.co.uk
Posted by Yarkshire Gamer at 10:01:00

Email ThisBlogThis!Share to TwitterShare to FacebookShare to Pinterest
Labels: 28mm WW1 in the East