Rather than the usual 2 scenario write up there is just one this week, with the festive hols there is a big break from the club for a few weeks so the next X Wing game will be early January 2015.

Please note that this scenario was written before the release of the scum and villainy faction.

1) Unless otherwise stated in the scenario hyper drives will not function until turn 4 of the scenario.
2) After game 8 upgrades will be limited to a maximum of 2 per player per game. 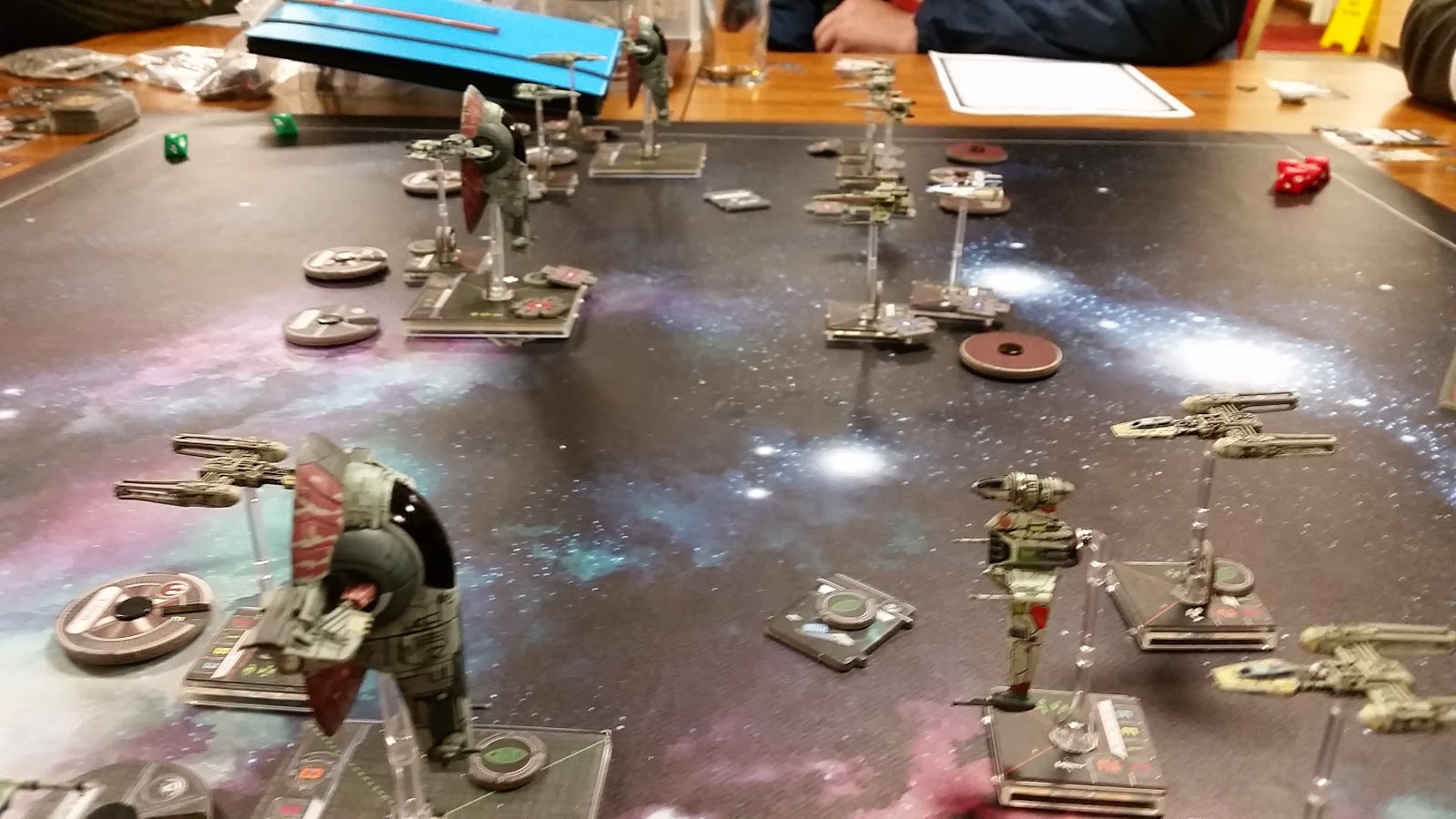 Rick O'Shea nearly exploded my brain with a load of changes the details of which I cant find at the mo.
Spike Sharpie paid back the money he owed the bank and saved his kneecaps.
Crank Case spent 8GC on Fire Control, a Autoturret and increasing his Pilot Skill to 2
Oi M'Groin spent his 2GC on an Autoturret
Brian spent 11 GC on increasing to PS 2 and buying an R7A Astromech and Proton Torps
Pop Cicle spent 8 GC on increasing PS to 2 and adding a shield upgrade
Commander Wayne Kerr spent his 4 GCs going to PS Level 2
Captain Tangent was back in a new A Wing.

"A group of Pirates have hi jacked an Imperial Convoy containing plans and parts for the new updated Tie Droid MKII, however a systems malfunction has ejected the containers holding the information into deep space"

"The Pirates have realised their error and are racing to the location to retrieve the valuable data. We must get there before them, expect heavy resistance, get the info and get out of there !" 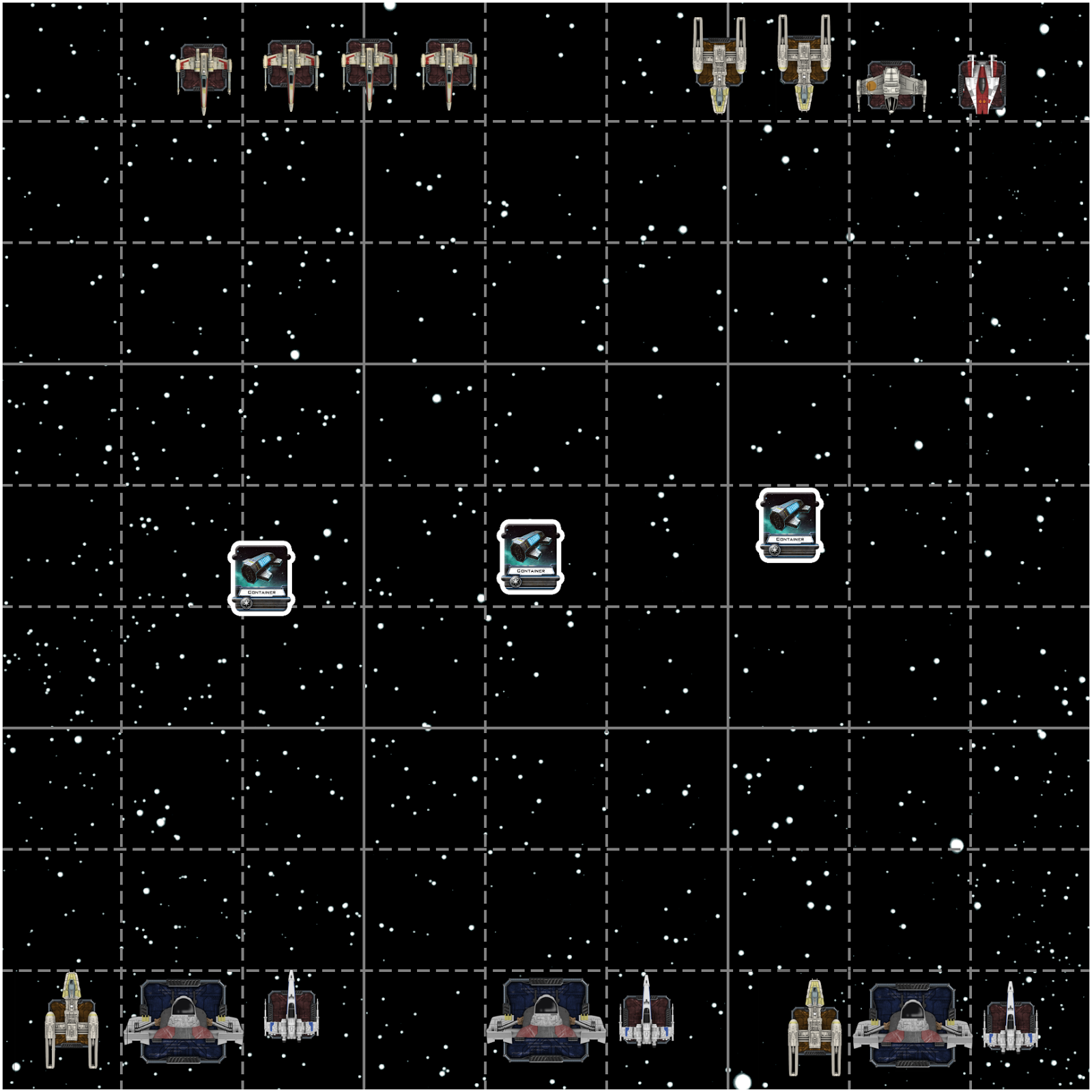 Upgrades are, Slave 1s have Heavy Assault Cannons, the Y Wings an Ion Cannon in a turret.

Pirate Y Wings have a Pilot Skill of 2, the Z95s PS1, the Slave 1s should have their pilots drawn at random from those available. I always make the Rebel pilots choose the named Empire pilots blind from a deck of avaliable cards, so its their fault when they pull Boba Fett out of the deck first card. We also had a PS3 and a PS5 Slave.

Both sides start range 1 from their respective table edge, three containers are spread randomly across the middle of the table (standard 3 x 3).

Containers - Move randomly as asteroids every 3 turns. When a rebel ship is within range 1 of a container they may declare a SCAN action (and therefore not perform any more actions that turn) roll 1 red die and any hit scans the container. All three containers must be scanned to complete the mission. 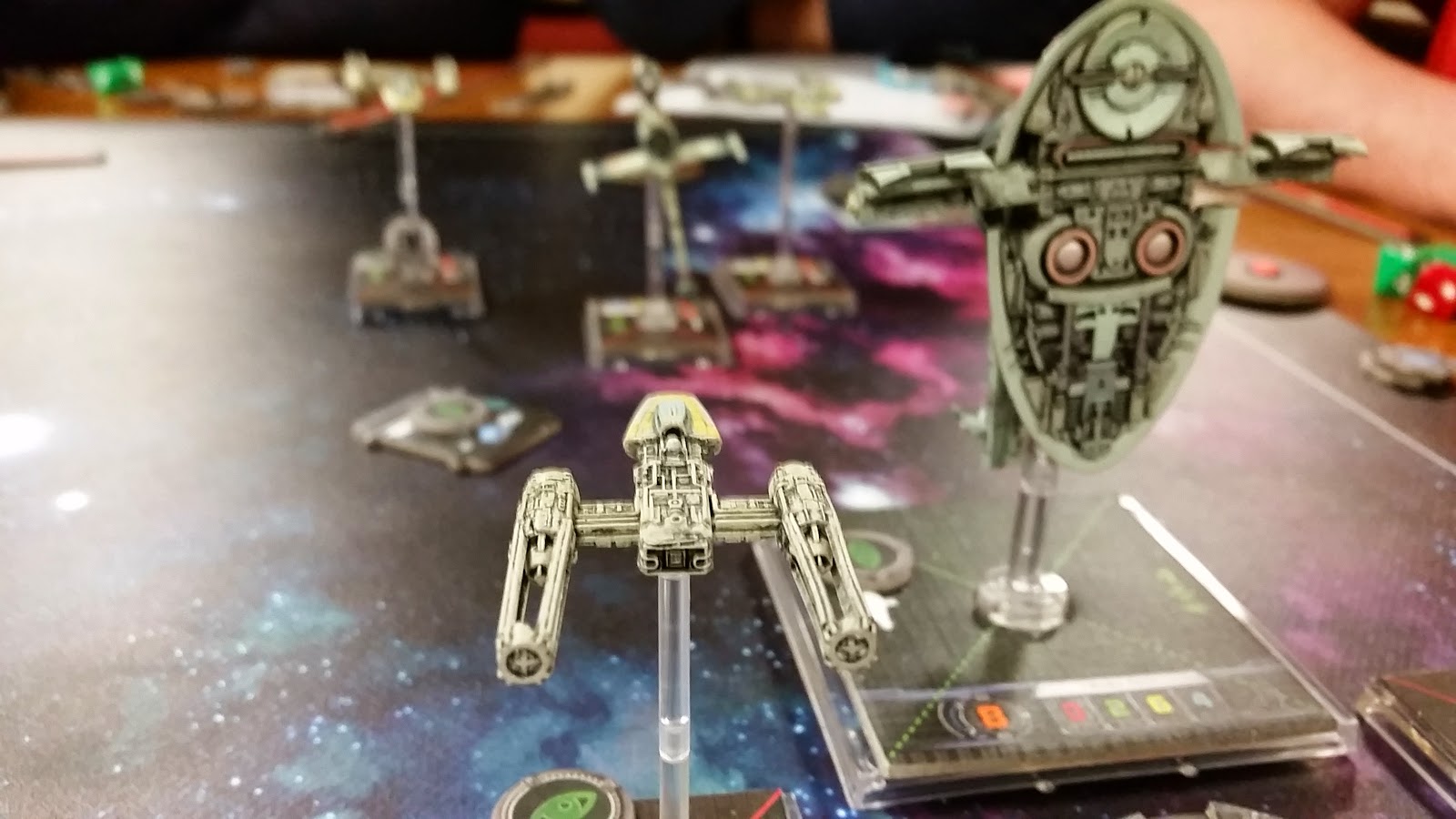 Rebel Victory - Scan all three containers and exit at least one ship with the results.
Imperial Victory, The Pirates prevent the above.

Just the 10 players this week, myself and Steve the stalwart Empire players reet enjoyed having some decent ships for once.

8 Rebel pilots took on the might of the Empire in a game which saw the first death of a Rebel Pilot.

A tough victory for the Rebels, it started off so well with the first container being scanned quickly, I thought the game would be over in two turns, then it all changed, the rebels suddenly seemed to forget what their mission was and started getting all aggressive (not the best idea against 3 Slave 1s). When they did get back on track despite a number of attempts they couldn't roll a hit on a scan action.

In the end as you can see the Rebels lost 5 ships including Rick O'Sheas B Wing (again ! he loses more ships than the Bermuda Triangle that boy,, Jim is not happy !). We also saw the sad demise of Pilot Brian (the only pilot without a stupid name, is that an omen). The pirates were left with 2 Slave 1s both pretty beat up and one each of the Y Wing and Z95s.

Praise for the Rebel pilots for sticking to the Mission and successfully completing it rather than jumping on turn 4.

Jim head mechanic in the Rebel Garage has a bit of work to catch up with.

And that's all for now folks, Have a great X-mas, X-Wing fans and we'll see you in the new year. The next game will see our intrepid pilots use the intel they gained here against the new Tie Droid MkII. 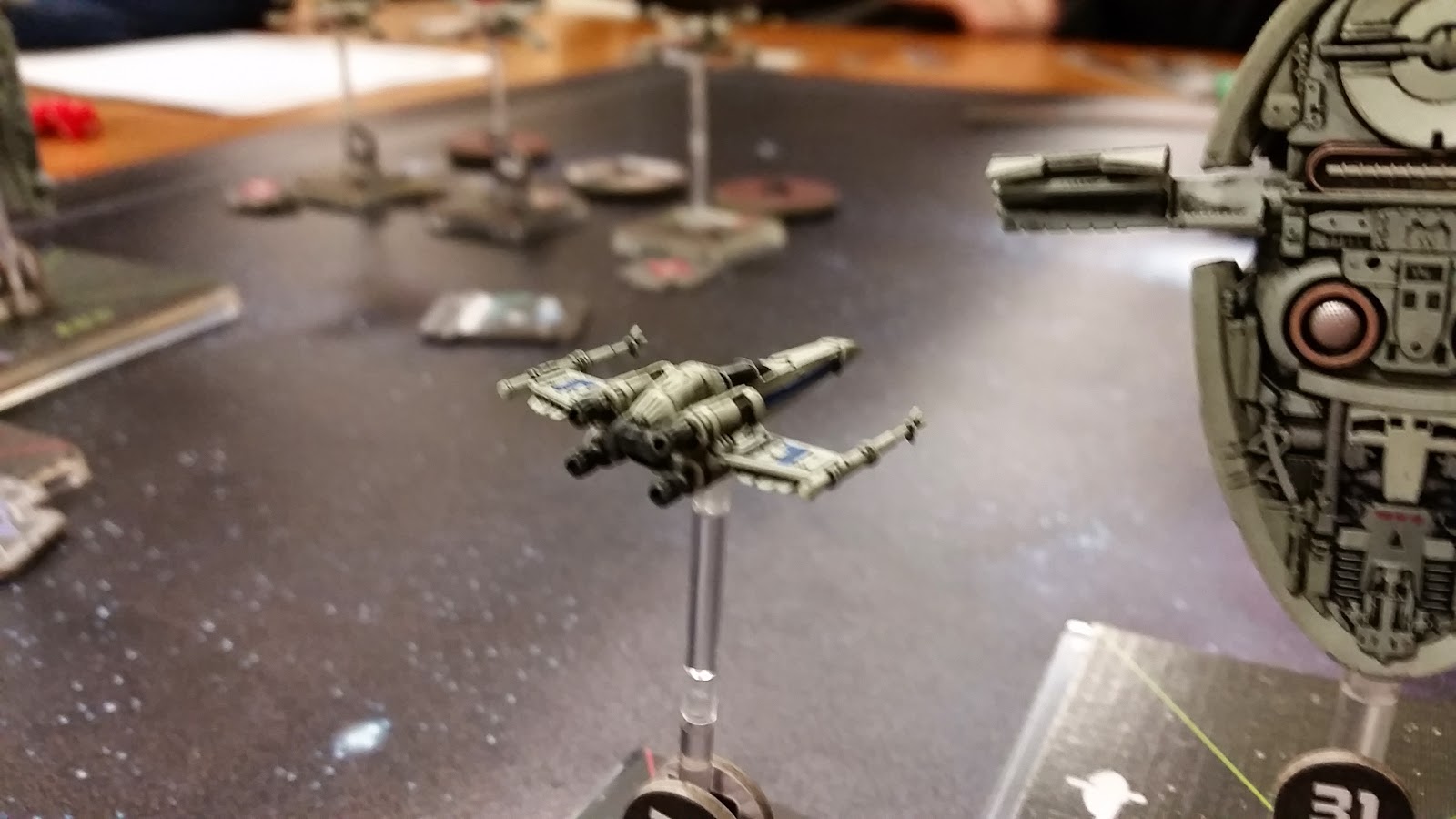