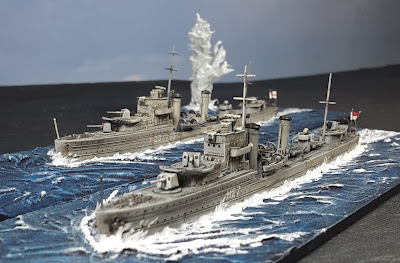 A very quick update today as I've added a second Destroyer to the one I showed off a couple of days ago. 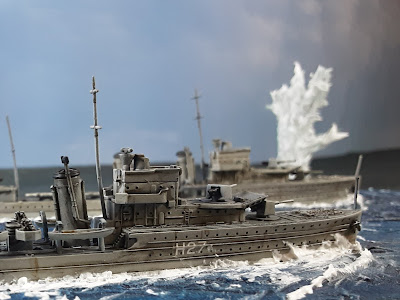 Both ships are E Class Destroyers one I bought separately and one came in the HMS Hood Box. 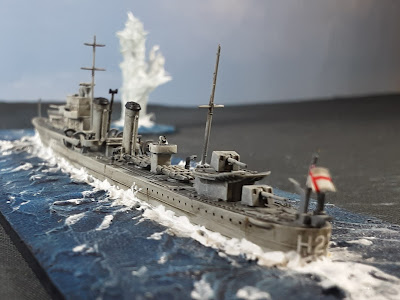 Both ships are painted and based in the same manner, although I have done a little more with the sea foam effect on HMS Electra to give the illusion of a faster speed than HMS Echo. 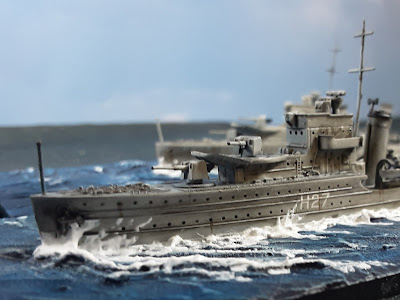 I really like the way the foam looks and how it looks as a bow wave as well as splashes along the side of the ship. Very effective. I still plan to do some rigging on the ships, ordering the line has been a bit of a challenge, the first time I got the wrong colour, the second time my dog got to the post before me and ate it ! 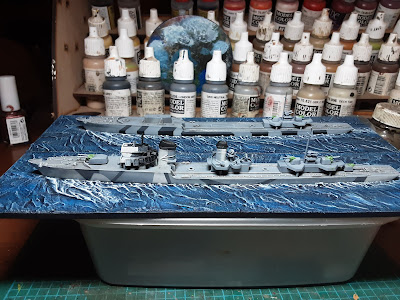 And here's a preview of the next two ships Z32 and Z33 German Destroyers.