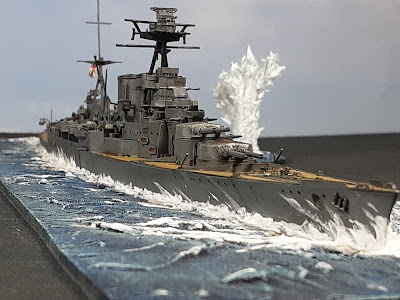 The 1/700 WW2 Project rolls on and while I've been concentrating on the easier to game with Destroyers, I have had this monster being worked on in the background. 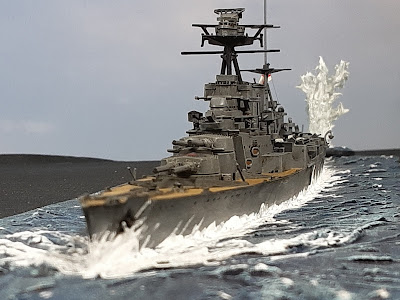 The ship is a Tamiya kit and is based on a 420 x 100 base. I haven't used any fancy photo etch extras or additional wooden decking, I've just painted and weathered the basic kit. 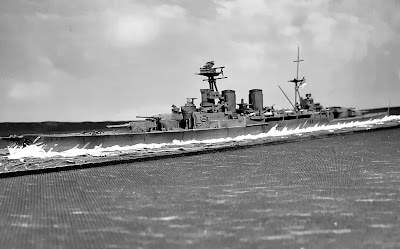 It even looks pretty good in black and white ! I've done very limited amounts of weathering on the ship as it was pretty pristine when it set off on its final journey, I would like to give a special shout out to the HMS Hood Association website which has loads of details on colour schemes for the ship
http://www.hmshood.org.uk/hoodtoday/models/tips/hoodpaint.htm 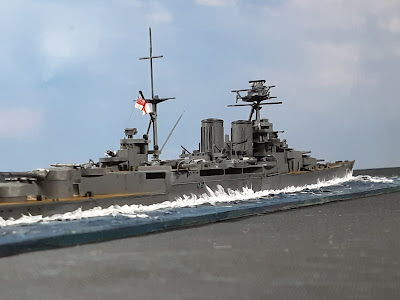 I've added a small spar to the rear of the rear mast and run a rigging line down from it for the Ensign, the flag just won't face backward and just seems to have a mind of its own ! 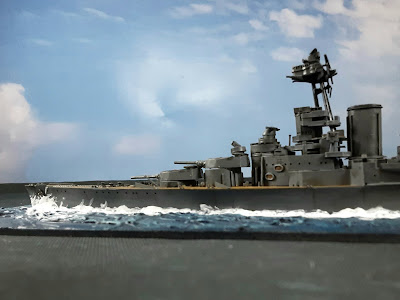 I've said it before and will reiterate it here, I am having so much fun with this Project, maybe I needed a break from constant figure painting but I have found myself going back to the ships time and time again. 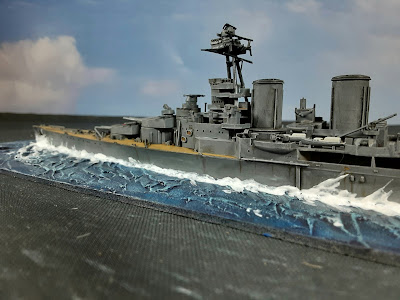 I've got a pair of O Class Destroyers already finished and will be working on a couple of German Destroyers next, as well as making a start on the Bismark.
Posted by Yarkshire Gamer at 06:24:00