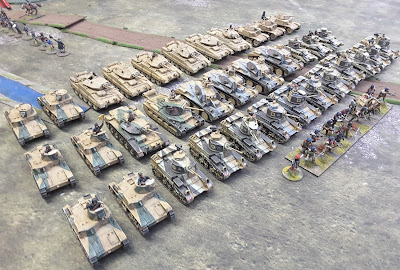 Each year I take part in a "Painting Competition", the Analogue Hobbies Winter Paint Challenge, this year is the tenth time it's been run.

The challenge runs through the winter months (21st Dec to the 21st March) and the photo above shows off what I have finished during that time,  the odd vehicle has featured on here before (The Italians had their own Troops on Parade feature here recently) but a lot are new to the viewing public at Yarkshire Gamer. 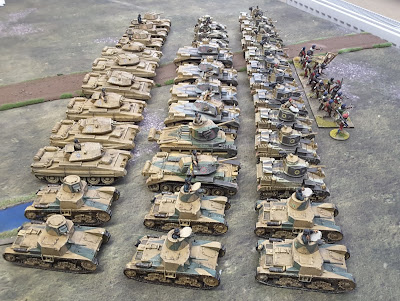 Last years "theme" was my Italian Wars Project which went down quite well ! This year I decided to get the large box of 28mm Tanks for the Desert I had lying around finished. Sadly I had some issues with flaking early on in the Challenge so my output is probably at least a third down, there are a bunch of early war Panzers in a box waiting to be done. 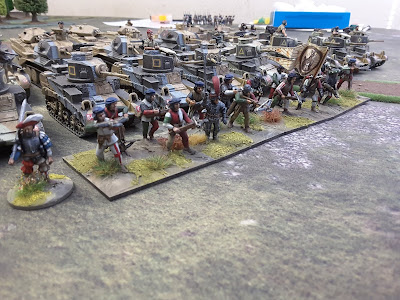 I only managed one none tank unit, some independent shot for my Italian Wars Project with a solitary Landsknecht who is my entry fee for the Challenge and will be off to his new owner soon. 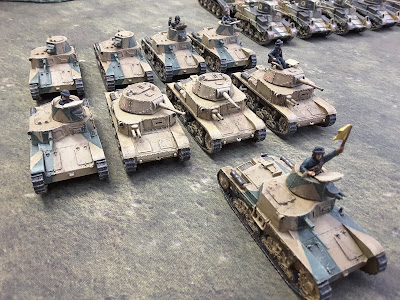 The Italian contingent, as seen in the TOP post. One of the things I love about this challenge is that it's not about "judging" people's painting ability, it's about encouragement to fellow painters during the Winter Months, it exposes me to a lot of Pulp and Sci Fi stuff that I don't do myself and I find that really interested. 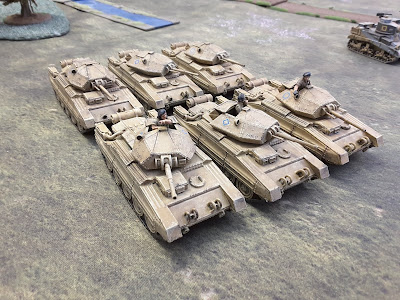 A group of six, plain Crusader Tanks. Plain because they landed towards the end of the Caunter Scheme (1941) and photos of them with the scheme are very rare. 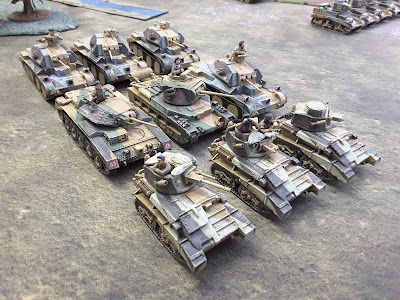 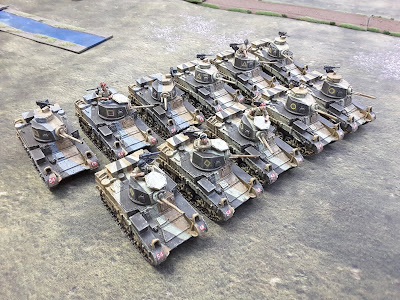 And finally a Regiment of M3 Honeys.

The challenge is carrying on in a more informal manner during the Covid crisis, a great way to keep in contact with gaming mates all over the world.
Posted by Yarkshire Gamer at 11:20:00