28mm Honey Tanks for the Desert 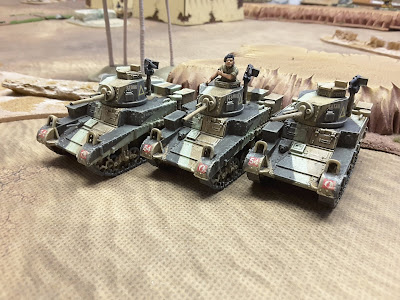 I've continued with my recent drive to get the "to do" box of early war 28mm Desert Armour to the point where the box can be recycled. The latest addition to the "painted" pile are these 3 lovely Blitzkrieg Miniatures M3 Honey Tanks. 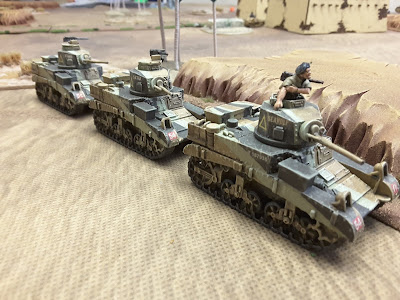 With the addition of a Perrys Miniatures Tank Commander (this is one of the standing figures that i have cropped in half to use as a tank crewman) and some decals from various sources these have turned out not half bad. 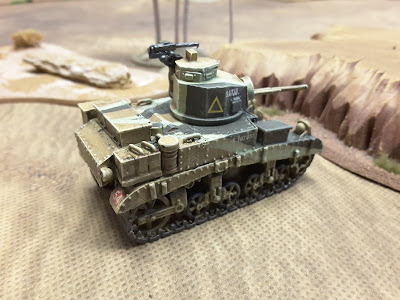 As the Caunter Scheme Paints were out from the Mk VI Light Tanks I finished last week I just kept rolling with the Official colours. 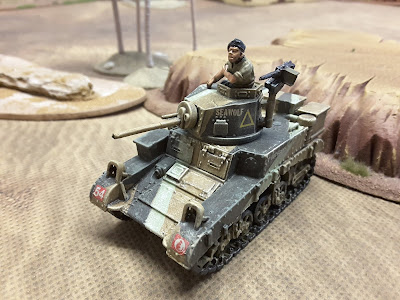 These are the second batch of tanks I've used the decal names on, they were a nightmare to get anything like straight on these but I do prefer them to trying to hand paint letters on the turrets. 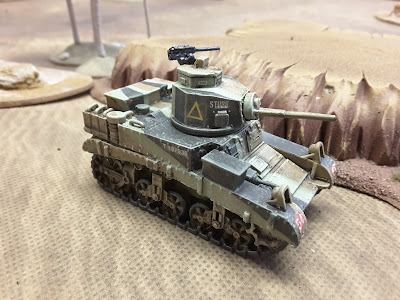 For our Desert games these tanks are the pinnacle of British Armour (our end date is 31st Dec 1941) and when we get to use them on the table it will be a nice change to have a gun that isn't a two pounder! 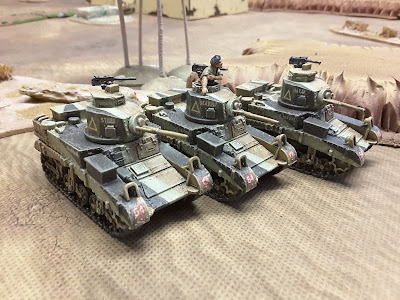