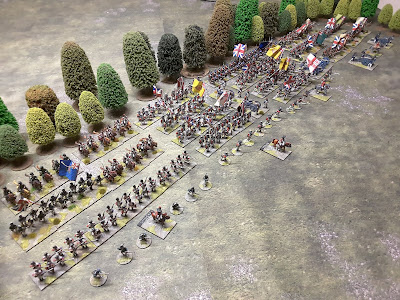 Following a bit of a lull in the gaming here at YG I thought it was time to put together one of my Troops on Parade features which is essentially an excuse to drag out one of my lesser used collections, blow the dust off them and present them to the outside world.

The bulk of the army was put together 5 to 6 years ago and was mostly a result of me falling in love with the Perrys 28mm range rather than a deep desire to game the period. The troops are based for British Grenadier rules which are part of the GdeB stable. 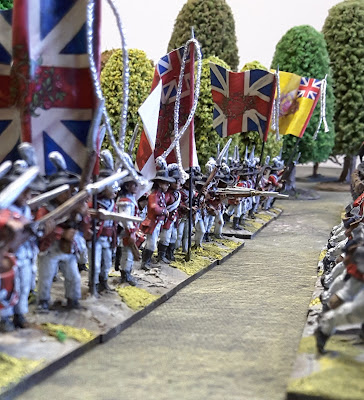 The flags are from GMB, some of them have had quite a bit of over painting, for some reason I found that the first batch of flags faded quite badly with the white turning a shade of light pink ! (which you can still see in certain angles / light). A bit annoying to say the least, the gold and silver cords where purchased from a local Harberdashery store.

Agnews Brigade of 4 British Battalions, 6 Skirmishers and a Commander was the first group of figures I put together, all of them are from the Metal Perrys range. Most of the units have between 16 and 24 figures which are the standard size for the rule set.

The next group completed was Greys Brigade, again 4 British units but this time including a rather large Highlander unit with 6 Skirmishers and a Commander. 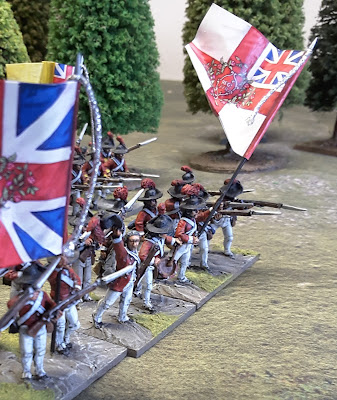 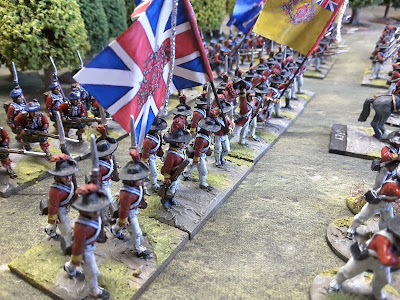 I chose to have a recognisable feature for each of the brigades to help with on table recognition, Greys troops all have red plumes whilst Agnews have white plumes. The biggest (36 figures and pain !) was the Highlanders. 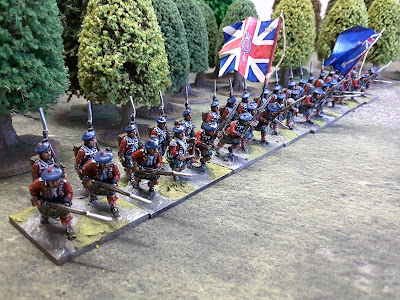 Anyone who has painted a Highland unit and given the tartan a good go will have vowed not to paint another one, this is probably my forth or fifth "not doing that again" promise, so for I've gone 5 years without (but those Crimean War Highlanders look soooo nice). 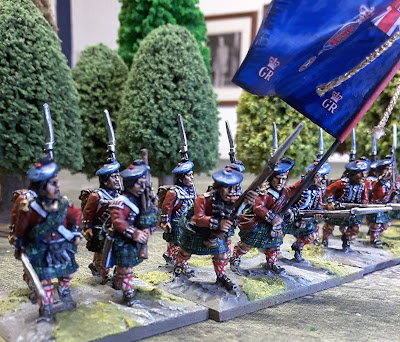 Photographing these reminded me they need a coat of Matt Varnish, they are finished in my old Humbrol Satin Cote style, great tough varnish but too shiny got photos. 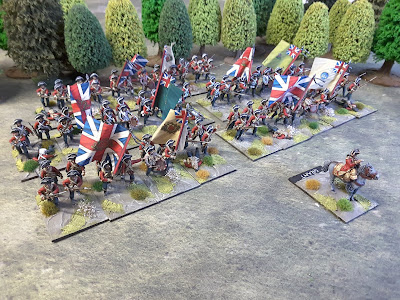 My favourite units in the Army are these, Grants Brigade, made from the Perry Miniatures plastic box set, there is really some great feeling of movement in these units. 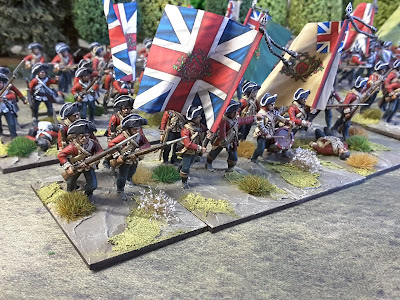 The unique feature for this brigade was the dark blue grey campaign trousers but I also changed the basing to give some extra depth to the Unit. This was initially purely to protect the perfectly proportioned and therefore pretty weak, plastic muskets on the figures. 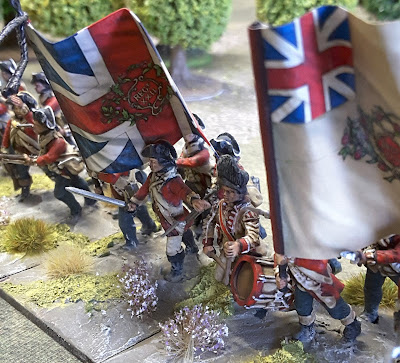 But as I put the units together I found it was easier to slightly stagger the figures both forwards / backwards and sideways to get the "movement" I spoke of above, the addition of some casualty figures from the box set added to the scene and each unit has it's own diorama feel. 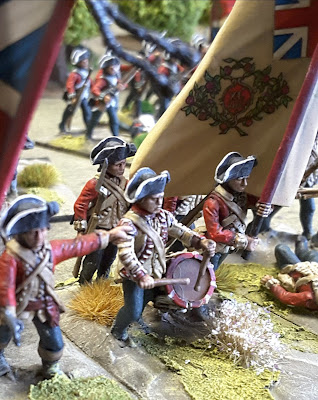 Which just leaves the unbrigaded Infantry. First up is a unit of Converged Grenadiers, using the great range of figures in the Perry range I was able to put a "rolling fire" layout together, with seperate bases firing, at ready, loading etc. 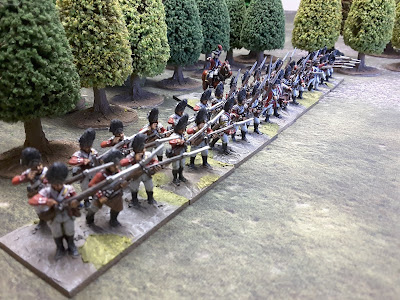 If you look really closely each base has different facing colours in line with the brigades of Agnew and Greg. 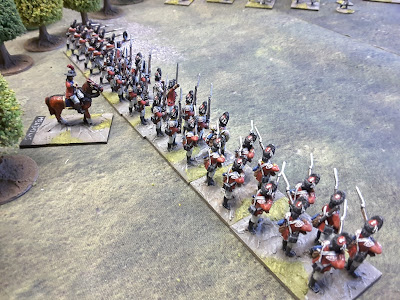 Which just leaves the Skirmishers and formed unit of the Queens Rangers. 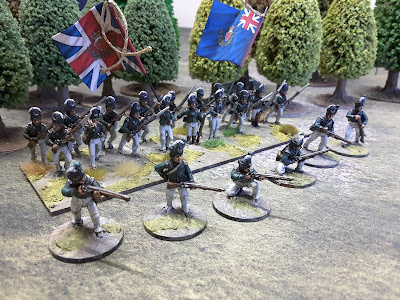 Next up are the Cavalry, pretty rare in the AWI and something I neglected for quite a while. I managed to build up 2 x 6 figure units of British Light Dragoons and a unit of Queens Rangers Horse. 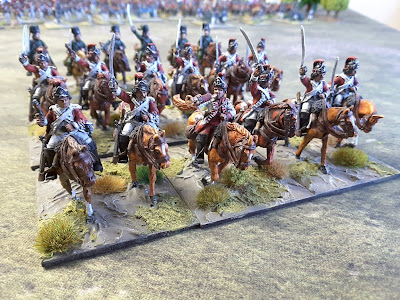 And finally we have the big guns, well the Artillery at least. 4 guns and 2 Howitzers of His Majesties Artillery. 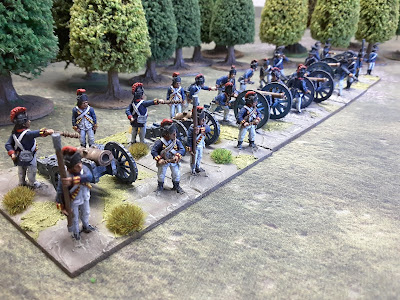