The Germans are here

The Soviet fleet for our Baltic Campaign was the subject of the last blog post and this one looks at their German opponents. I already had a small number of German ships done but these where 25 years old and some had started to warp on there card bases, I also had a box of unpainted models lying around for years. I bought the odds and ends I needed for the Campaign from Navwar recently but decided to paint everything I had in one job lot.

All my stuff is based on laser cut mdf now which will stop the warping issue and base sizes have been standardised. The Tirpitz has been painted in her 1941 Baltic scheme, which is fairly plain with just dark grey turret tops.

Not all of the ships shown here will be involved in the Campaign but you have to remember the people who play these games read this blog too ! Fog of War.

You can find a tutorial on my basing techniques here http://yarkshiregamer.blogspot.co.uk/2014/08/13000th-ww2-naval-from-box-to-table.html 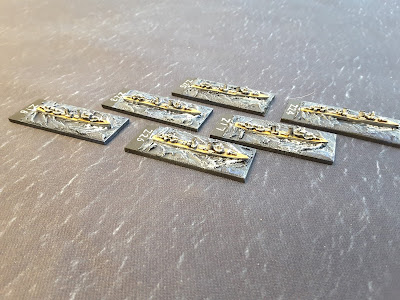 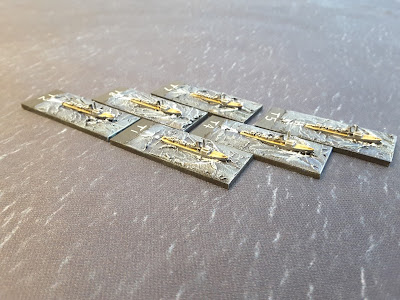 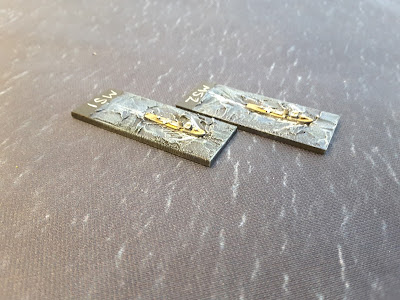 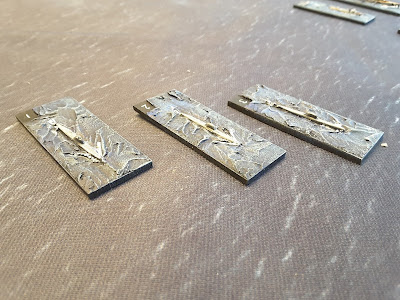 I've finished the post with some pictures of the light forces involved. Although Fast Attack craft were a big part of the Baltic war our battles will concentrate on Destroyer actions and above. I also have painted up some generic submarines which might get an outing too.

I just need to get the relevant ship cards needed for our home brew rules done and then we are up and running. Next up Naval wise on the paint table are the first of the Jutland Battleships.
Posted by Yarkshire Gamer at 02:59:00