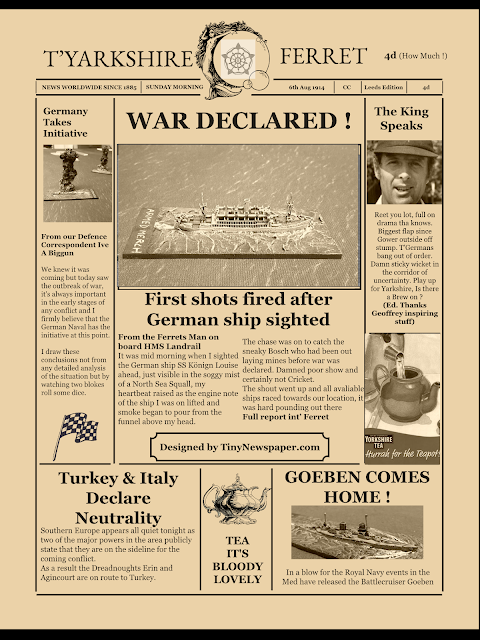 It's that time of year again, Easter always heralds the start of our annual Naval Campaign and this year we are focusing on early WW1, which is a great excuse to get Project Jutland out of the boxes again and of course add some new ships to the collection.

Thankfully this time rather than doing a load of prep myself prior to the Campaign I am using the book below to guide us through our journey. 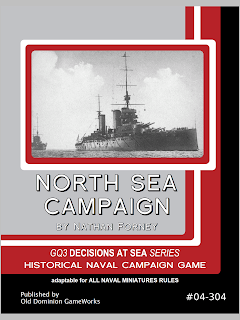 The book was a download from Wargames Vault and is highly recommended, it has two levels, the tactical tabletop based element (report below) and a higher level Campaign Event element. I have decided to introduce the world to T'Yarkshire Ferret Newspaper, this esteemed publication will bring you the gossip and tittle tattle of the Campaign Events whilst the more traditional blog format below will bring you the blow by blow game reports. Make sure you have a good look at Ferret for the latest stories.


With the game reports I will be reporting what happened in our games, if you purchase the Campaign book you will find that each game has numerous potential paths that are determined by dice rolls or Campaign Events so each time you play the scenarios they have the potential of being different.

In early August 14 with war imminent Jellicoe and the Grand Fleet put to sea, encouraged by the King with the following message, (they were of course further moved by the message from The King in the North Geoffrey Boycott see the latest edition of T'Ferret)

"At this grave moment in our national history I send to you, and through you to the officers and men of the Fleet of which you have assumed command, the assurance of my confidence that under your direction they will revive and renew the old glories of the Royal Navy, and prove once again the sure shield of Britain and her Empire in the hour of trial" 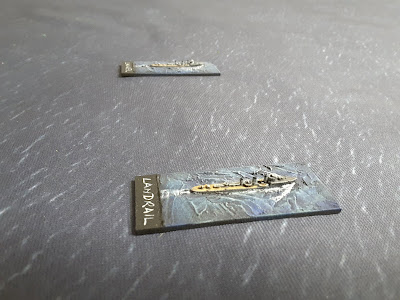 The Könign Luise was a liner that had been hastily converted to a minelayer and she had been out at sea around 30 miles off Harwich laying mines when she was sighted by two RN destroyers who were on patrol HMS Landrail and Laurel and the chase was on. I gave the Könign a couple of deck guns to liven things up.

The game starts at 11.00 am, the two destroyers are heading East 10,000 yards behind the Könign Luise. With a top speed of 30 knots to 16 in the Destroyers favour the boilers were stoked and the game begins. Visibility is 12,000 yards but there are a number of squalls in the area where visibility is as low as 2,000.

11.15 following a radio message from HMS Landrail the nearest supporting unit, a Active Class Light Cruiser Fearless appears out of the gloom 12,000 yards East of the Könign.

11.23 First shell hit of the war as the front gun from HMS Landrail lands a hit on the deck of Könign.

11.45 A squall settles over the table reducing visibility to 5,000 yards, initially leaving only the two destroyers and the Könign in sight of each other, shot continue to be traded, the Minelayer is struck a couple of times but without any critical damage. HMS Laurel is unlucky though as one of the shells from Könign finds the base of her funnel reducing her top speed by 4 knots.

12.00 visibility increases to 7,000 yards bringing the German Torpedo Boats into visible range of the British Destroyers.

12.07 The Germans sink the first ship of the game as V1 puts a round into the Magazine of the Destroyer HMS Laurel, without warning the ship explodes sinking rapidly. 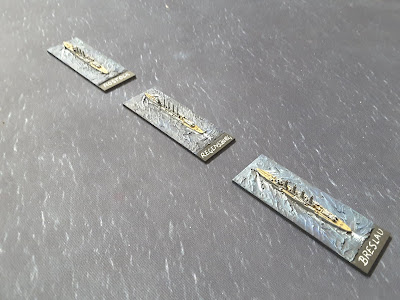 12.23 further German ships arrive in the shape of the light cruisers Breslau, Regensberg and Rostock 10,000 yards South of the Könign.

At the same time 12,000 yards to the east of Könign two British Light Cruisers in the shape of Lowestoft and Southampton steam into view. 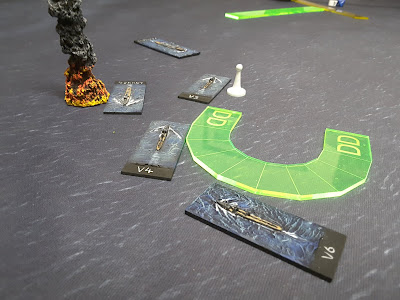 12.30 Meanwhile it's all getting a bit messy in the middle of the table as the close range destroyer action continues around the burning wreck of the Laurel. It's not all going the Germans way as a hit on V1 from HMS Fearless starts a fire on board the German Torpedo Boat. 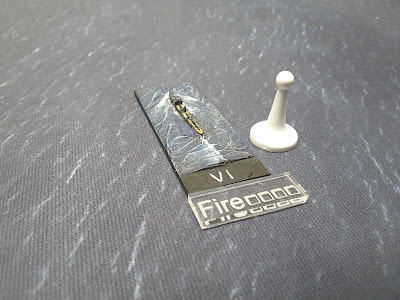 12.37 in the general Melee in the centre there is a narrow miss as the leading German TB narrowly misses HMS Fearless only for the next in line to strike her. 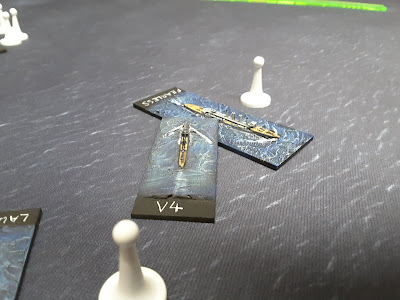 12.45 The fighting in the middle is getting nasty as the photo below shows, V3 has a none exploding magazine hit whilst V6 stumbles ahead blindly with her Bridge destroyed whilst the Germans pour fire on the slow moving Fearless who is getting underway post collision. 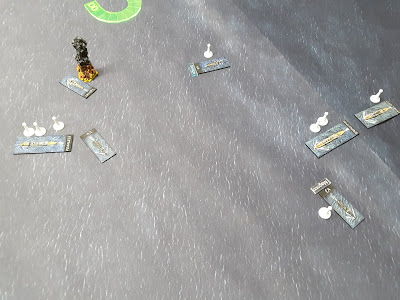 12.52 Torpedoes are in the water and heading towards the slowly accelerating Fearless, she is a small ship combing the tracks so all the odds are in her favour. 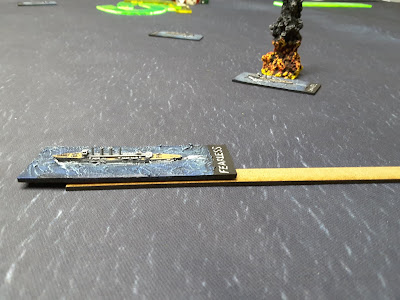 13.00 in what turned out to be the final turn as Visiblity drastically reduced again due to a Squal and the Germans took their first loss, the V3 was unable to extinguish an on board fire which raged out of control. 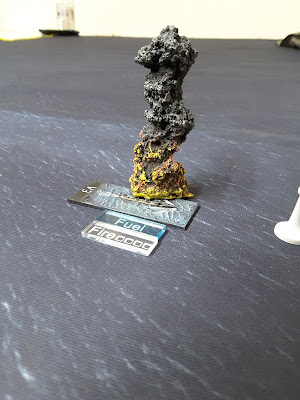 But at the same time even with all the odds in her favour Fearless was struck in the rudder by a torpedo causing massive damage and flooding she too quickly sank. 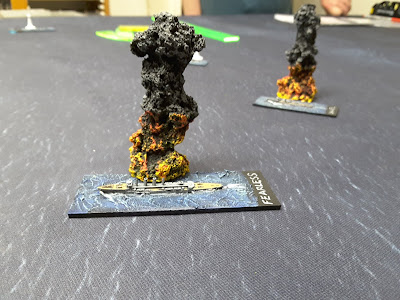 But it wasn't all good news for the Germans as they lost a further two Torpedo Boats in the post action phase, one failed to deal with damage sustained in the fight, the other had sustained so much damage that she was unable to make it back to port and had to be scuttled by her crew.

So in a quite bloody first encounter the British have lost a Light Cruiser and a Destroyer whilst the Germans have lost three Torpedo Boats, next time will see us cruising round the sights of Heligoland Blight.
Posted by Yarkshire Gamer at 16:37:00