28mm Italian Spearmen for the Italian Wars (kitbash and decals) 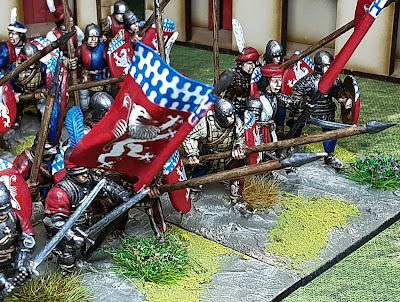 I have been trying to build this unit for a long time, early Italian Wars Spearmen are hard to come by, the only ones I am aware of come from Mirliton which are not particularly easy to come by and of variable quality. So rather than just a show off post I thought it would be a good idea to cover the build rather than doing just being a show off post. 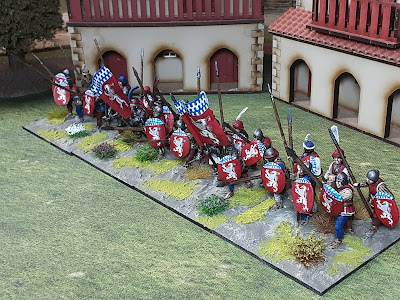 I am looking to build a unit representative of Italian Infantry at the start of the Italian Wars and just prior when the Pike was not the main weapon of units raised by City States or by Condottiero. Troops would be raised with various weapons including Spear and Bow (see elsewhere for bow troops) and fought in a looser style than the Pikes. To represent that I have placed 6 figures per base rather than my normal 8 for Pike, I've also extended the front of the base by 10mm to 60 x 60 just to give the Spear a little more protection. 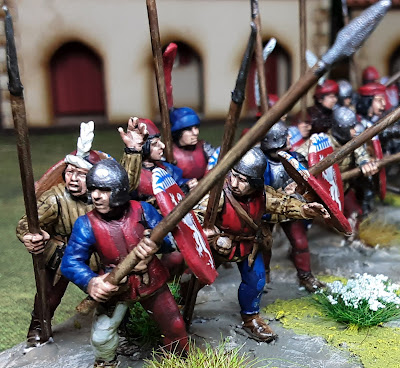 For the figures I have used the bodies and heads from the Perrys Mercenary Box set (with the occasional metal Perrys Italian head), the Spear Arms have come from the French Agincourt Infantry box set (so if you have any spare let me know !).
I used the body types from the Mercenary set that I would normally use on my shot troops which gave some nice dynamic poses. The Spear arms fitted quite nicely, there was the odd bit that needed shaving off and the odd bit I probably should have filled in but over all a good fit. 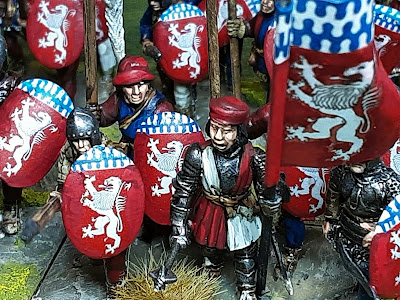 I used the Italian Oval Shields from Perrys which are available separately, they too fit the models really well. 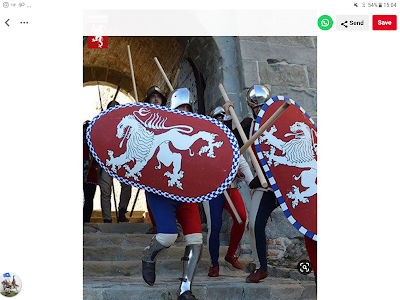 Whilst browsing the tinterwebnet for inspiration for Italian Spearmen I came across a unit of re-enactors based in Italy who recreate exactly the thing I was looking for, you may notice some familiarites with the picture above and my Miniatures. I have to say the group have been brilliant and contacted me directly as a result of a general shout out I did about them. They even sent me a high resolution picture of the shield designs (more on that soon). Give their site a visit, I hope myself to drop in on them during one of my regular Italian holidays (post Phobon Plague). 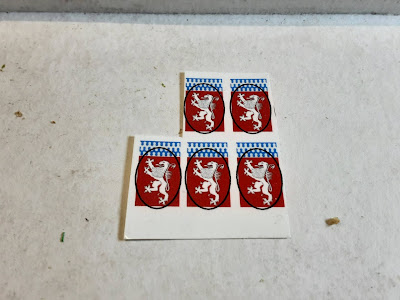 With that high res picture in hand I was able to produce some custom shield decals. A remarkably simple process that now I wish I had done years ago.

I used some Image software to reduce the image down to the required size and added an oval approximately the size of the shield as a cutting guide, replicating the image 24 times to give me enough decals for the unit plus some spare. I then bought some decal paper of ebay and using a reasonable HP ink jet printer I printed them out on the highest quality settings on the printer (along with the relevant paper setting). 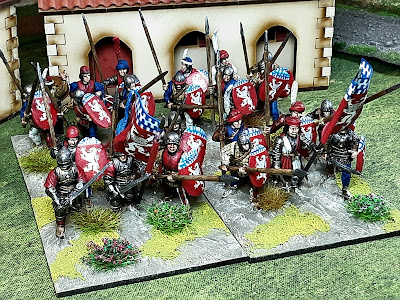 After leaving the print to dry overnight I cut out the area of the paper I had used and then used a clear Lacquer spray (from Halfords in the UK) to coat to area with about 4 or 5 thin layers. After that had dried I had a series of decals just like you would get in a model, I fitted them to the shields as usual and then blended them in to the rest of the shield using acrylic paint.

I used the same image to make the flags. 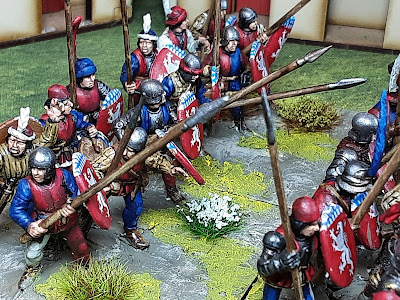 In the end it has produced a pretty unique unit that I really like the look of. I want to do a few more of these as I plan to do a spot of Campaigning in the years leading upto the French invasion in 1494. 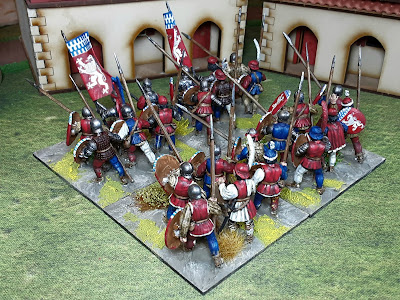 I don't expect much success with them on the battlefield so here's a view I expect to see the most of !

The Figure Mountain is 38 figures smaller ��