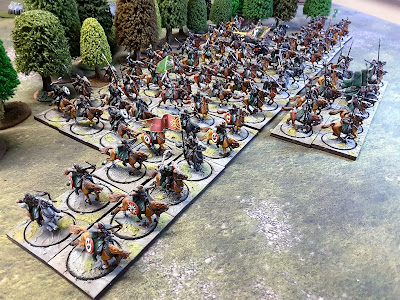 One of the finds from my Great Wargames Figure Count was my Riders of Rohan collection, they weee always my favourites from reading the books many years ago and their portrayal in the movies ignited my interest again. The figures had sat in an open box under the games table for years, they had so much dust on them I had to use an airbrush to clean them for the photos. 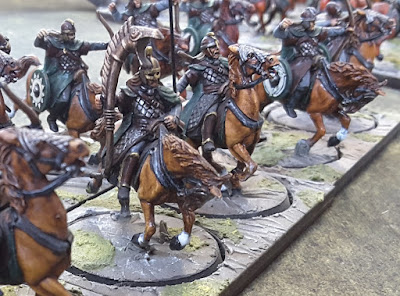 In typical Yarkshire Gamer style I ignored the rules and the dreaded points and just set off on my own Pelennor Fields journey. The book says 6,000 charged at the Battle, divide that by 33 (my usual figure scale) and that set a target of 184 figures. 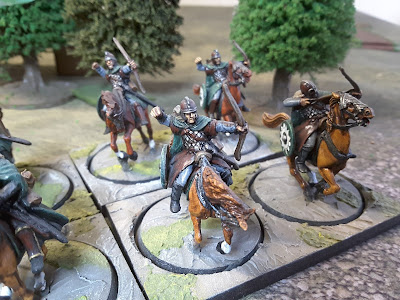 Now 184 figures at GW shop prices is way beyond a Yarkshire Wallet, so I picked a load of stuff of flea bay for next to nowt. The Rohan Riders have a habit of breaking off the bases at the hooves so there is a lot job lot part broken or just badly painted figs out there to Hoover up. 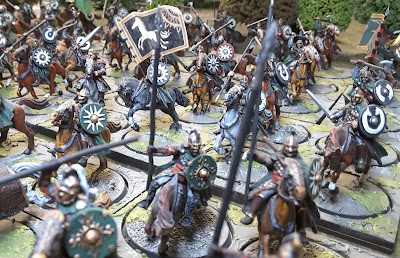 The figures are lovely (didn't the Perrys sculpt them) and suit my painting style down to a tee, so once I got going on them I rattled through them pretty quick. I managed 90 of them before I drifted onto something else. There is a box of unpainted stuff (including a painted Eowyn) somewhere in the house if I ever decided to take the Pelennor Challenge up again. 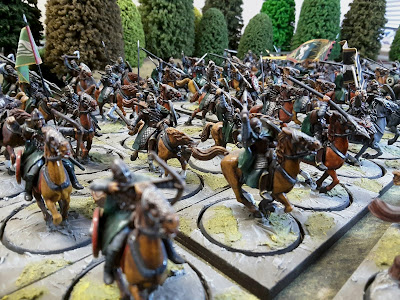 So here is a run down of the units in the Army so far. 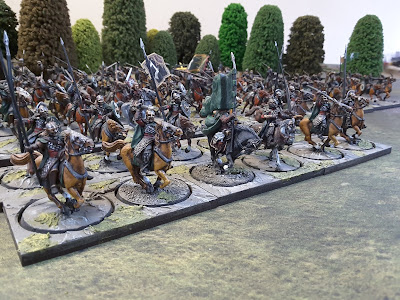 A 12 figure Royal Guard unit led by Theoden, the Royal Guard official figures are metal and at the time I built the Army they were rare as Rocking Horse and very pricey so I mixed a few lance armed plastics to make up the numbers. I never got round to finishing the banner on this one. 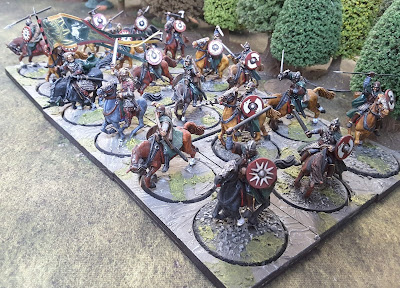 An 18 figure melee unit "The Red Shields" led by Eomer.  A home printed flag on the unit which I would probably replace with a new one if I started using them again. 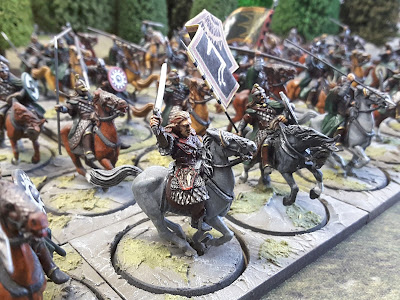 Another 18 figure melee unit this time with black shields led by Theodred. 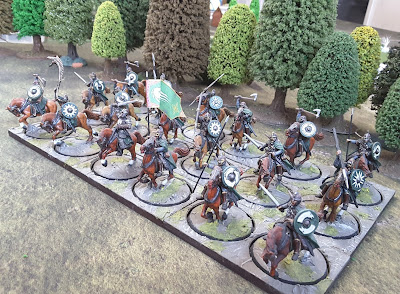 The final melee unit are the Green Shield specially designed to stamp their authority on a battlefield (if you don't understand that last bit as your dad 🤣) led by an unnamed Rohan Officer leading, the Carnifex has come from some Gallic Warrior plastic box sets. 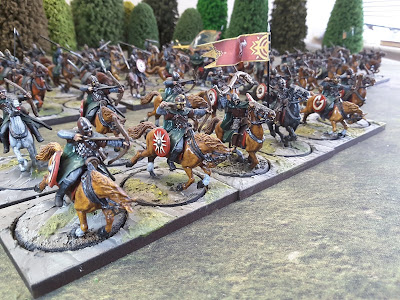 In addition to the Melee units I did two bow armed units of 12 figures (which proved rather good in the couple of games I actually played with them). The unit above with Red Shields and the one below Green. 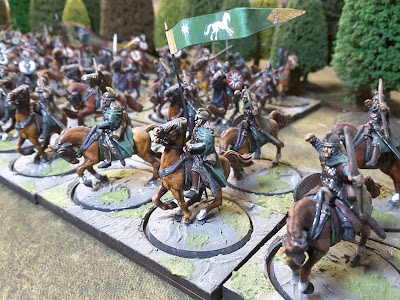 It's definitely on the back burner the LotR project, I bought a few other figures around the time for some evil types so who knows when but one day these will rise Phoenix like from under the table. 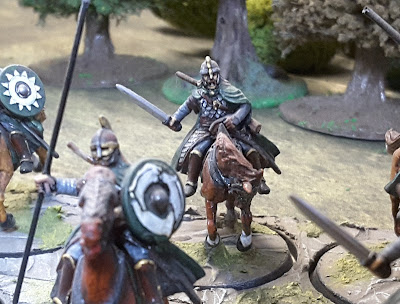 All in all a nice find. 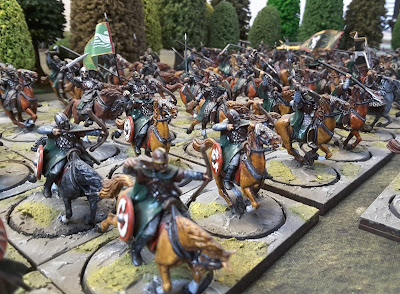