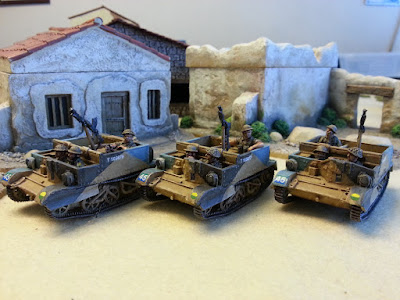 One of those, I'll get round to it eventually units, which I managed to get finished this week. I always seem to get the urge to paint stuff just after I have finished a game and these Bren Carriers are no exception. We had an excellent desert game just before Xmas which got me going on these, so much so before getting this post up online I managed to paint another three !

Rather than do these as a Box to Table tutorial I have chosen to present these in a simple show off fashion, mostly because I have covered the technique on the vehicles and figures separately before.

My vehicle caunter scheme tutorial is HERE whilst my Desert Rats figure painting tutorial can be found HERE. 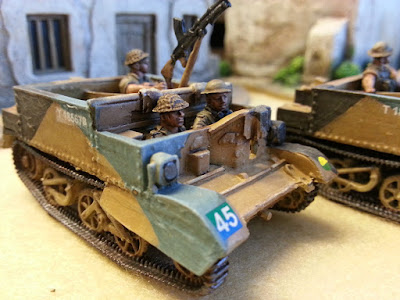 These vehicles will be used as the Bren Section for my South African Force hence the 2nd SA Infantry Division Patch on the figs and the vehicles.

A series of photos showing a walk round of one of the vehicles, 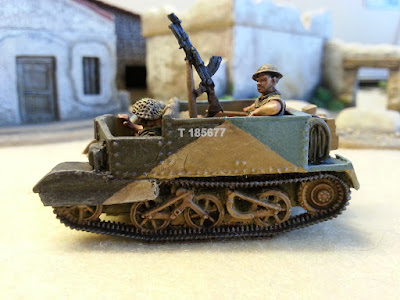 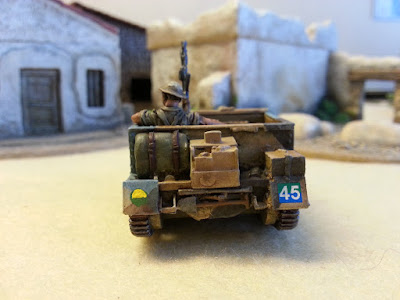 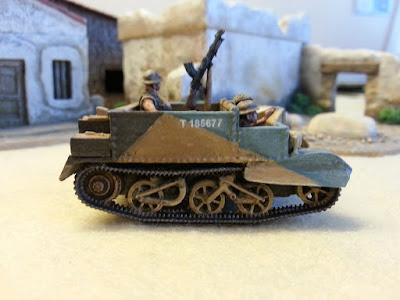 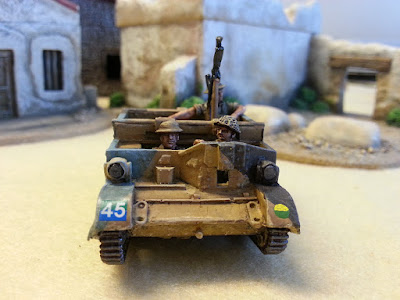 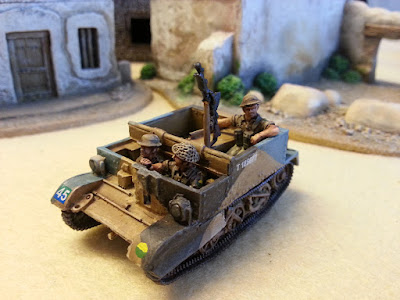 Despite giving these a good scrub and primer before starting painting I have suffered from an annoying amount of paint cracking and flaking on some of these vehicles, its easily fixed but a right pain when it happens. 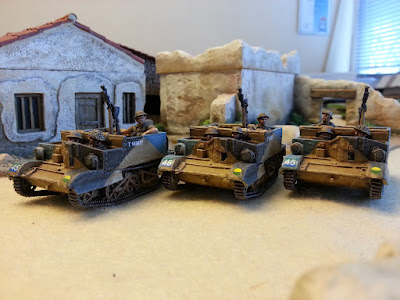 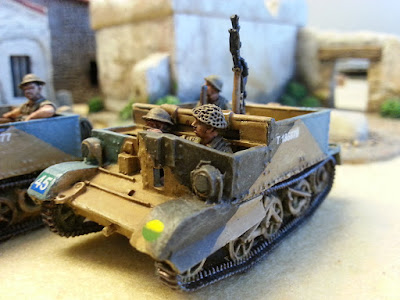 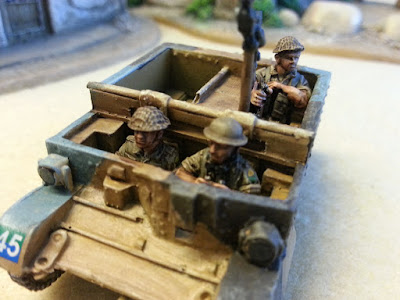 So there we have it, three Bren Carriers ready for action, what to paint next ? Let me check first see if I have anything left unpainted (stop laughing at the back !)
Posted by Yarkshire Gamer at 07:58:00