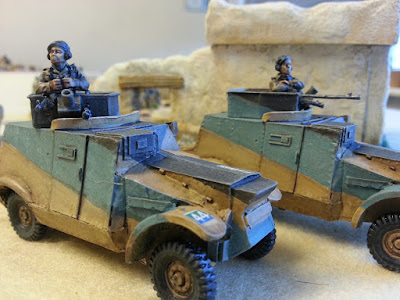 One of my favourite things about the early desert Campaign in WW2 is the variety of weird and wonderful vehicles that were kicking around at the time. These were quite rare birds indeed, the CS9 Armoured car was manufactured in low numbers with only 100 including the prototype being made.

I also realised that this is my 100th post on the blog, I am still very much enjoying writing and interacting with the people who visit here. Its also proved very useful as a record of what I have painted and well but most importantly how I painted it ! No more spending 2 hours working out what colours I used when I did the last batch of figures. 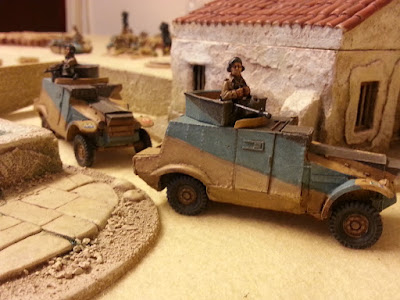 Most of these were destroyed in France in 1940 however 30 of them found their way to the desert and served exclusively with the 11th Hussars lasting in service through to 1943. 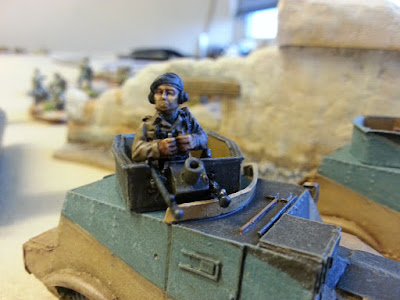 Reports from the Officers and Men who used the vehicle were favourable when it came to its ability to move over soft sand. It was a typical early war armoured car though in that it was very lightly armoured and armed with the ubiquitous (for the time) Boyes A/T Rifles and a Bren. 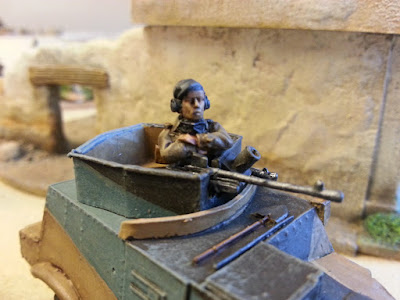 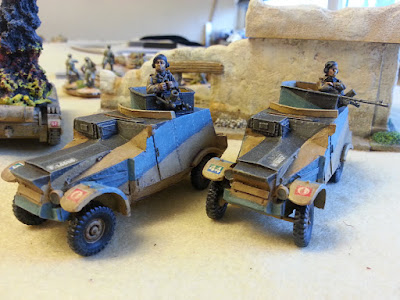 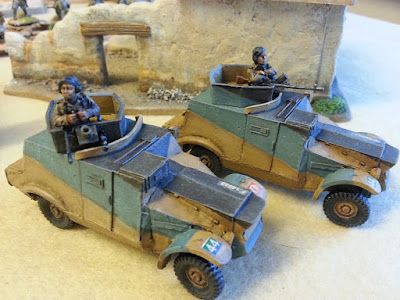 I have used my usual method for painting, finishing the vehicles in the caunter scheme. I recently did a tutorial on my method and colour choice for this look, which if you haven't seen you can catch up with HERE. Yes I know the blue wasn't an official colour but it was what the original colour faded to under strong sunlight. 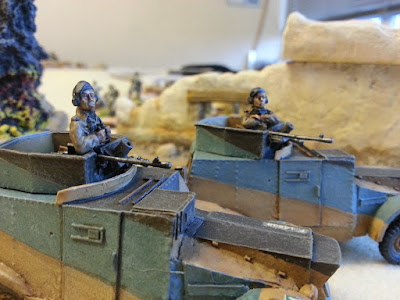 I have added a couple of Tank Commander figures from Warlord to give them a bit more character. They should get on the table before we finish our current Desert Game so look out for them in that post when I do it. 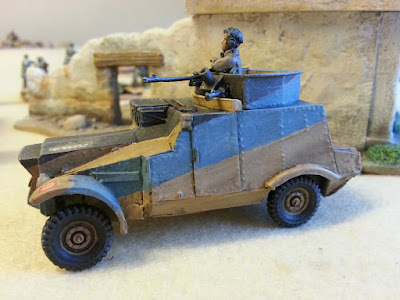 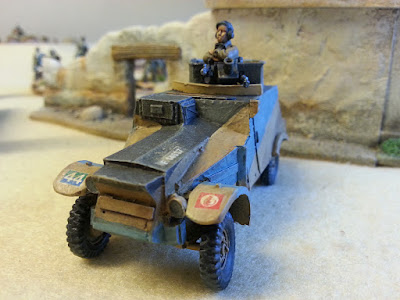 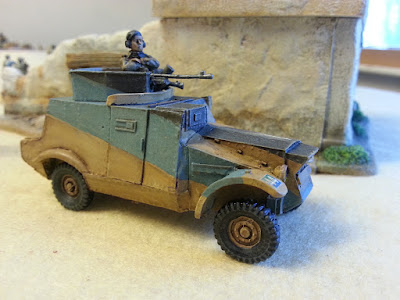 I'm on a bit of a roll with the Desert stuff at the moment, I have finished off another Crusader Tank today and have 6 Bren Carriers primed and ready to go. Heres to the next 100 posts !
Posted by Yarkshire Gamer at 09:02:00