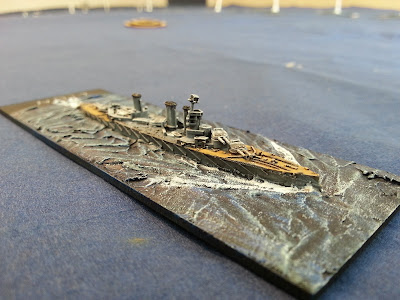 Just a quick show off post today, some new recruits for my WW1 project. Some GHQ British Battlecruisers which I managed to get completed whilst on my recent Normandy trip. These models really do scrub up well and I can't wait to get them in action.

The most common request when I put a Naval post up is "How do you do your sea ?", so to cut the Indians off at the pass here is a link to my Sea Tutorial. 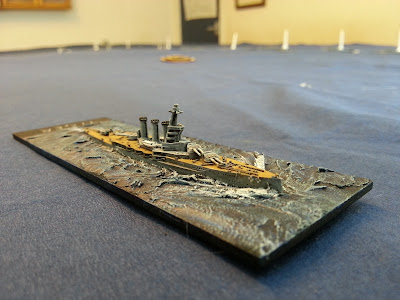 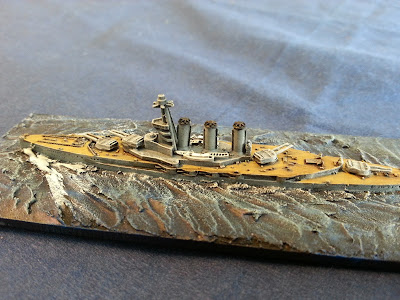 The WW1 Naval rules are coming on nicely its just time and other projects preventing further play tests but I am pleased with the one game we have had and some of the new concepts we tried out to differentiate the WW1 rules from the WW2 rules worked nicely. 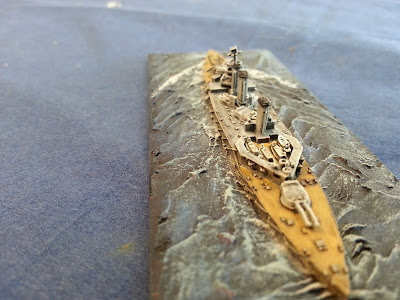 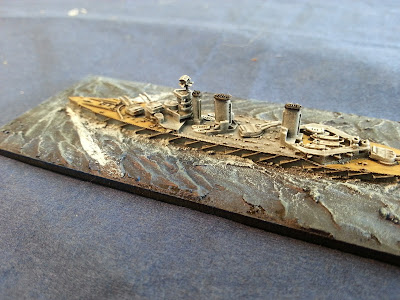 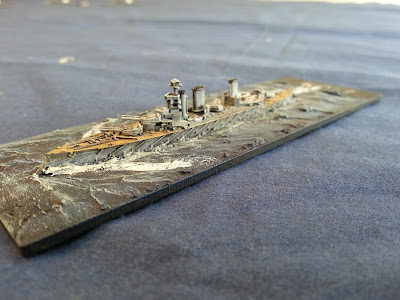 I have done these as wargaming models and not put some of the more fiddly pieces on, no matter how hard you try to be careful these models will be handled a fair amount and any small parts will just get knocked off over the years. 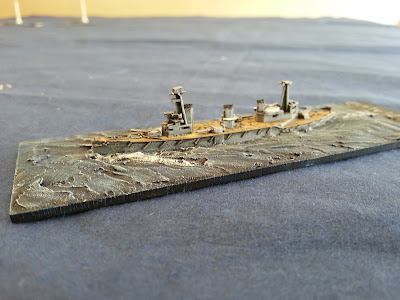 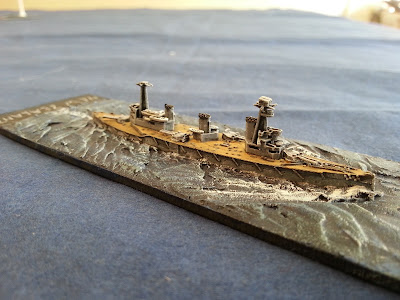 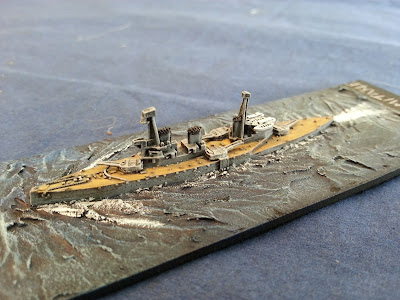 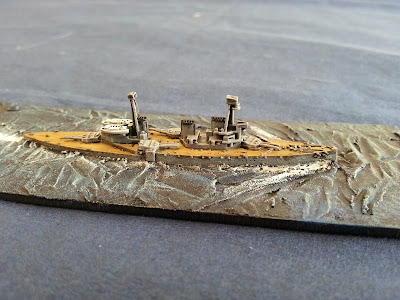 The recent price increase at GHQ now makes these models about £12 a piece which is fine for a one off model but for a wargame fleet its starting to get a bit silly. I have ordered the last 4 battlecruisers I want but will be looking at WTJ for my next lot of capital ships. 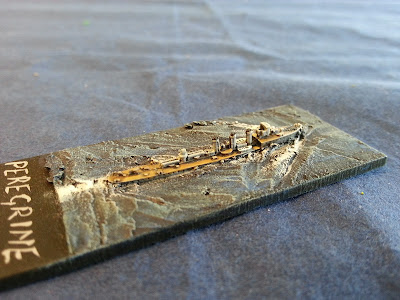 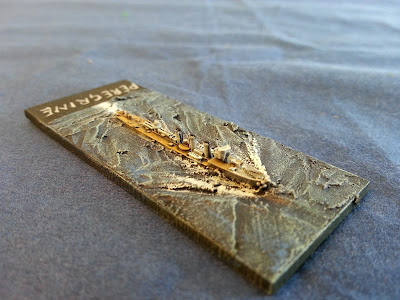 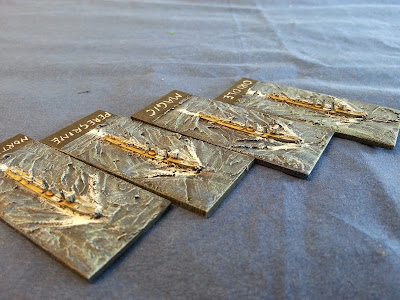 Last up are some M Class destroyers again GHQ, even with these smaller sized ships the detail is superb on these.

I've got some German ships just about to be launched so I will post them soon.
Posted by Yarkshire Gamer at 09:19:00