28mm Papal Dragoons for the Risorgimento 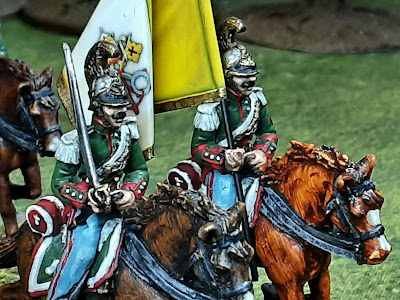 I've finally put the finishing touches to my Papal Army for the Battle of Mentana by adding a unit of Papal Dragoons. The figures are from Gringo 40s, they aren't always avaliable on the Website but I managed to sweet talk the owner Gd Cronin to get some made up and it was well worth it. 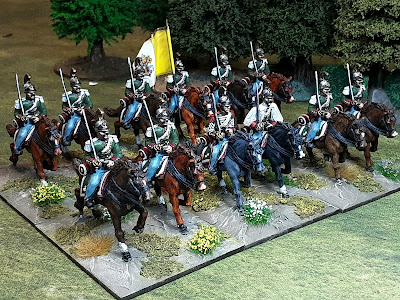 I've done them as 12 figures, there were 106 Dragoons with the Papal Troops and another 50 with the French Column so that's a figure ratio of about 13 to 1. Most of my Infantry units are around 15 to 1 so that works perfectly. 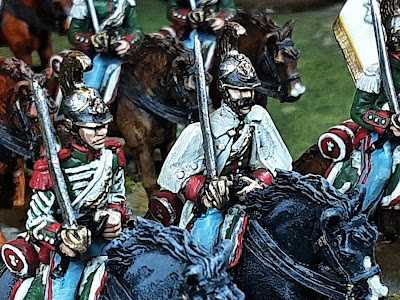 The flag for the unit is known and should be green with a very complicated coat of arms on, but as with the other units in the force I've used a simple Papal States flag for now and if I can source a "proper" flag I'll substitute it in later on. 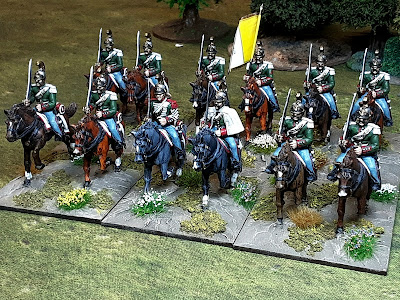 The figures are really nice but they are really big compared to other 28mm figs and they absolutely dwarf Perry Miniatures. My normal Cavalry are on 50 x 60 bases with 2 per base, I've had to put these on 60 x 70 bases. 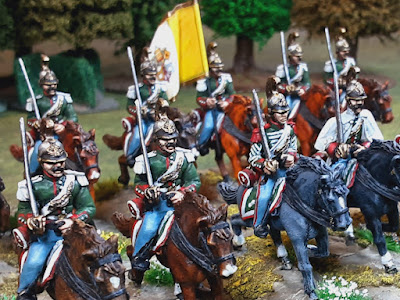 I was trying to get the Project ready for the end of October but the Perrys still haven't released their French Franco Prussian War Infantry so I'm a bit stuck at the moment so it looks like I won't be able to put the Mentana game on this year. 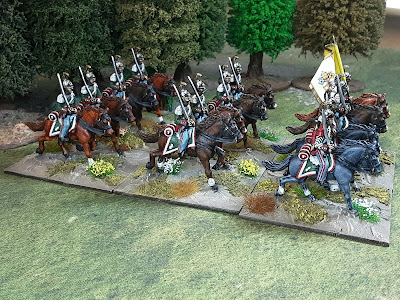 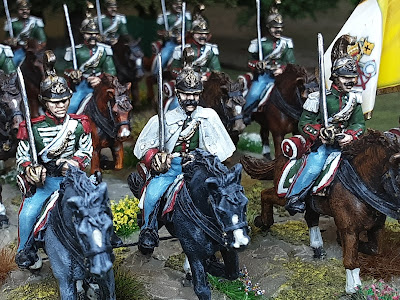 The unit also features in this months Wargames Update on the Utubes
Posted by Yarkshire Gamer at 07:57:00