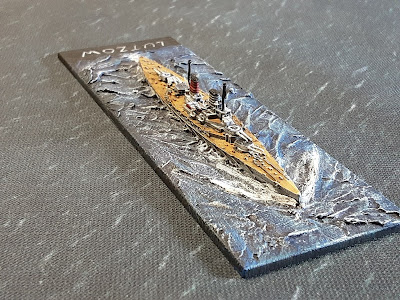 This is the first time that I've covered one of my Naval Collections on Troops on Parade and with the first ever person to person game happening on the table this weekend the opportunity to do these features will drop away. 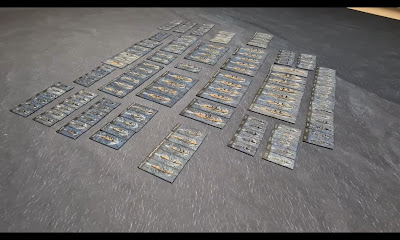 So first up is the WW1 Germans, 1/2400 scale and mostly GHQ although there are a few WTJ ships along with some Tumbling Dice which I used for the earlier ships. There is a video run through of the collection below.

I've put some choice photos below, full chat and descriptions on the video. The total fleet is 19 Dreadnoughts, 13 Pre Dreadnoughts, 7 Battlecruisers, 7 Armoured Cruisers, 19 Light Cruisers and 81 Destroyers for a total of 146 ships 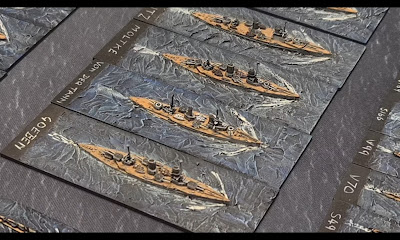 The famous Battlecruisers including the Goeben which ended up in Turkish hands during the war. 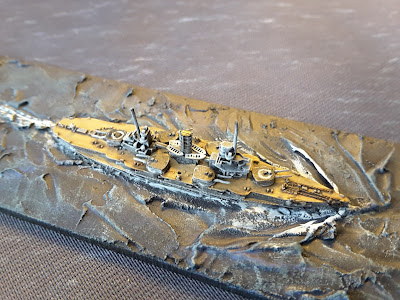 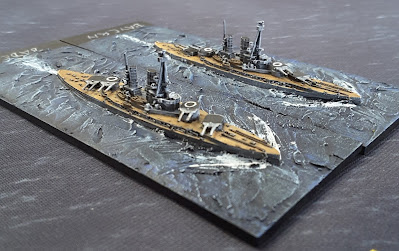 The Big guns Bayern and Baden 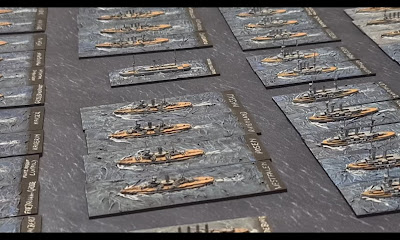