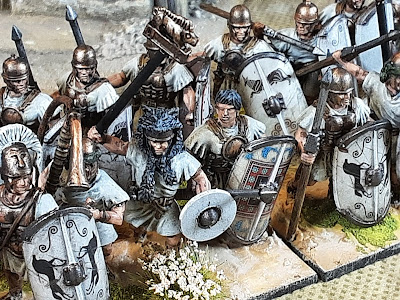 Just a quick update on the Italian Allied Legion Project as my first unit of "Heavy" Infantry are done. 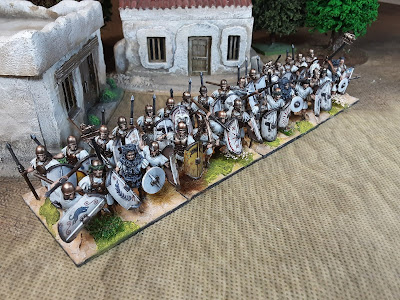 32 figures, based on 60 x 60 bases, 8 to a base. Tightly packed in but that's how I like them 👍, 20 mm frontage for close order infantry looks like open order to me. Its seems to be the current basing convention, but if there's something we don't do here at Yarkshire Gamer then its conforming to the latest trend. If you can fit an extra couple of figures on a base, do it !

The LBMS Shield transfers look really good, I've done a bit of work on the edges and the gaps between the transfer and the metal edges so they blend in. I've done this by simply painting a bit of Army Painter Dark Tone on the area, leaving it a few seconds and then wiping off the excess with my finger. 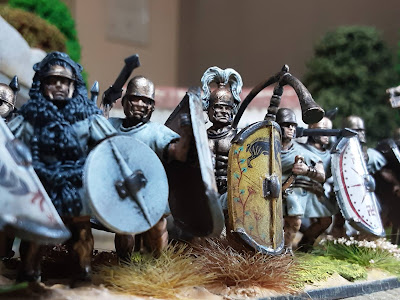 The details and faces on the figures are great and really suit my painting style. 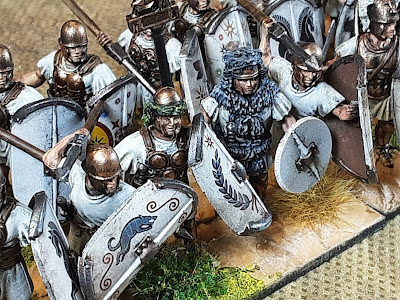 I've used a number of unarmoured figures in the unit to utilise the models available in the boxes. Although the 60 figures in a box is great when it comes to army building but when you need a few of one type. I certainly don't think that's unreasonable in the Hastati, some young pup who has just been promoted from the Velites waiting for his armour to arrive from Roman Amazon Prime 😉 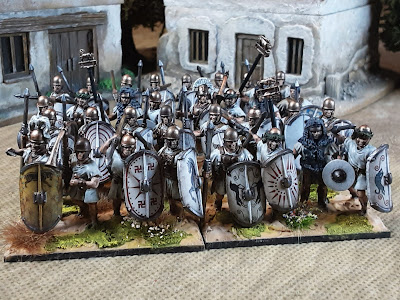 I am already on with the second lot of Hastati which should be done next week. 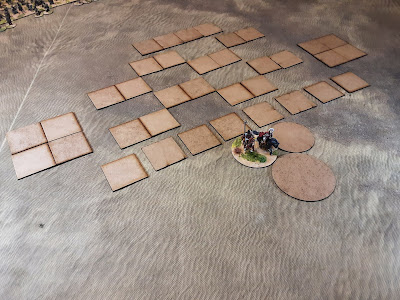 I've laid out the project in empty bases and will photograph it as it grows and then do a little video from the photos at the end, above is after the first command stand was done. 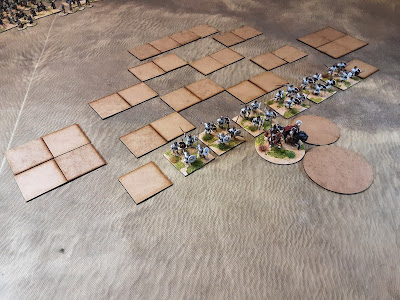 Above with the Velites. 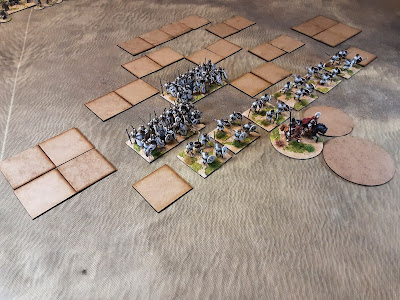 And with the current unit. Still a long way to go and with a March 21st deadline its going to be close. 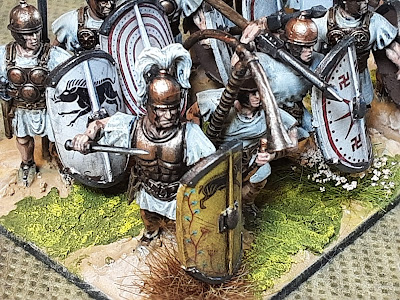