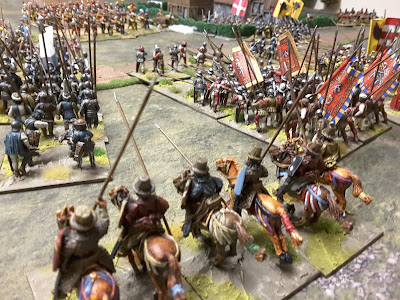 The last post on the blog covered our first on table adventures in the Italian Wars and in that piece I did some written explanations of the rules we were trying out, Furioso. A link to that post below,

In addition to that I did some video run throughs of a small set up game just to make things easier to grasp.

The first video gives a basic introduction of the rules along with an description of the Initiative phase which is the prime driver for the rest of rules.


The second video covers the first move, before units get into real action and shows how the moves sequence works and covers some basic shooting and Artillery.


I noticed the odd dice missed off the odd throw in that run through, it's a new set of rules and I'm talking without a script, that's my excuse 😎 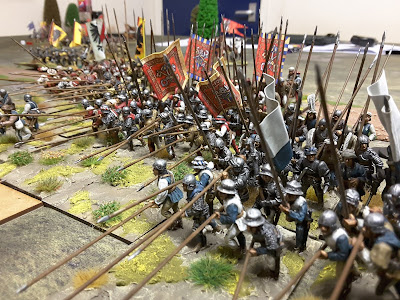 The third video is quite long (half an hour) but goes into a bit more detail as in the second move units get into contact, there are run throughs of three seperate melees which hopefully illustrate the process involved.


The final video in the series covers a few parts of the rules that I didn't cover in the videos, some stuff we didn't use in our tests and some thoughts on some house rules we used.


All in all a positive experience and hopefully the videos and previous post will give you an idea if the rules are for you. Thanks for watching. 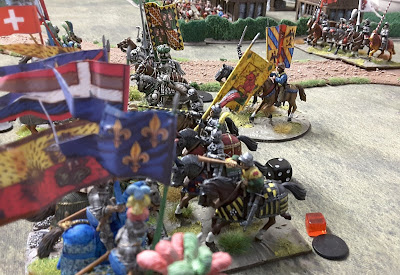