On the back of last weeks Italians, I finished off another box of Perrys Desert Rats and have got them based up and ready for the table. These have a 2nd South African Div Patch on their arm and are to represent the Royal Natal Carbineers. Not strictly accurate but adds a bit a character to them and makes them easier to spot.

These figs have been around for a few years now so most of you will be familiar with the wonderful work of the Perrys and this the first of the WW2 Desert range, a box responsible for the "skirmish" project I started last year which is now creeping up to 400 finished figs with at least another 100 on the production schedule. Add to this the 30 ish vehicles and that box of Perrys I got a while back is to blame for a lot. 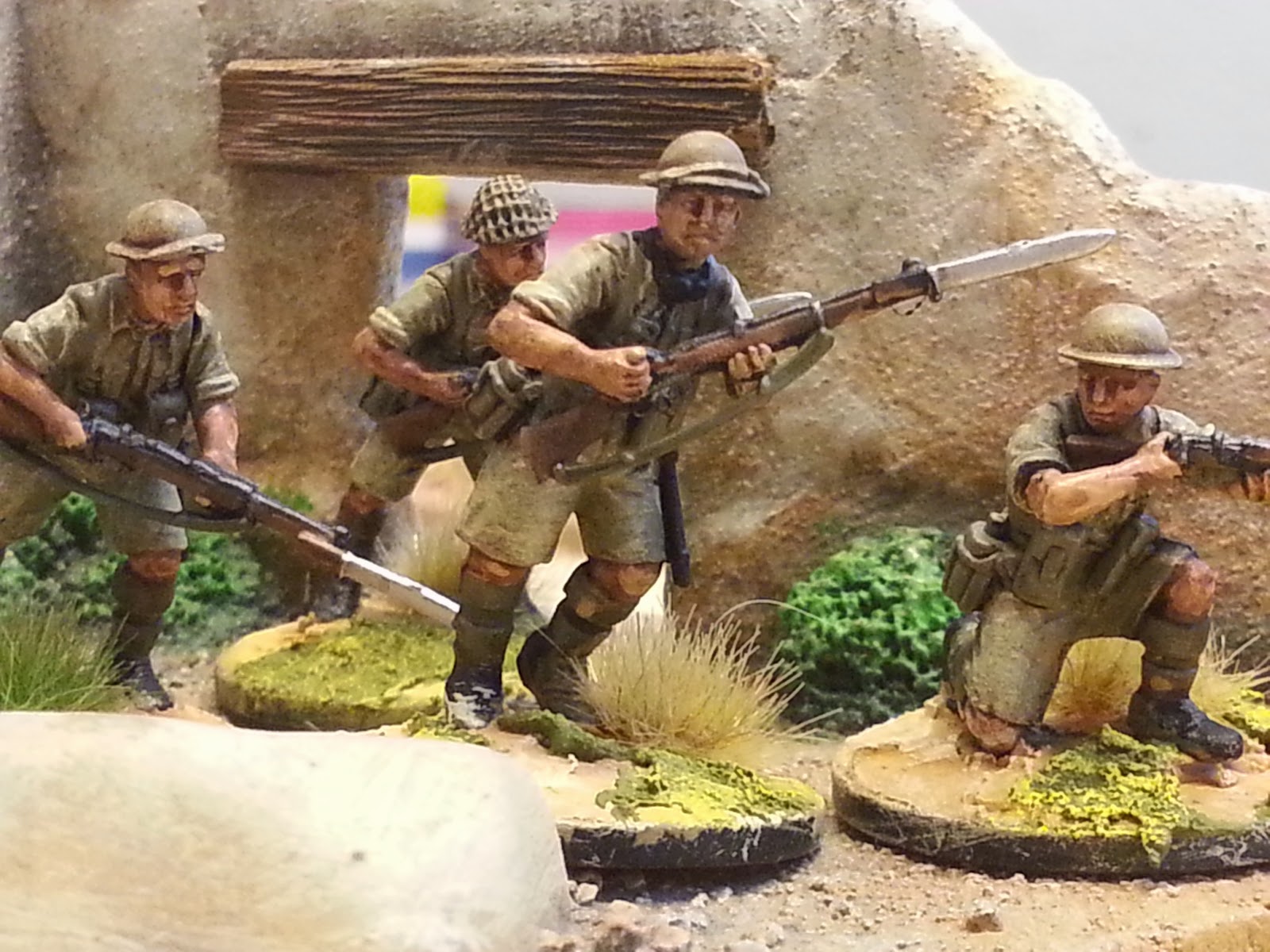 Each box contains 38 figs (or 40 If like me you got an extra hq sprue in one box) we are using a box to represent a company, a hq of 3 figs plus 3 groups of 10 and an attached Boyes AT and a baby mortar. 4 boxes plus support for a battalion. 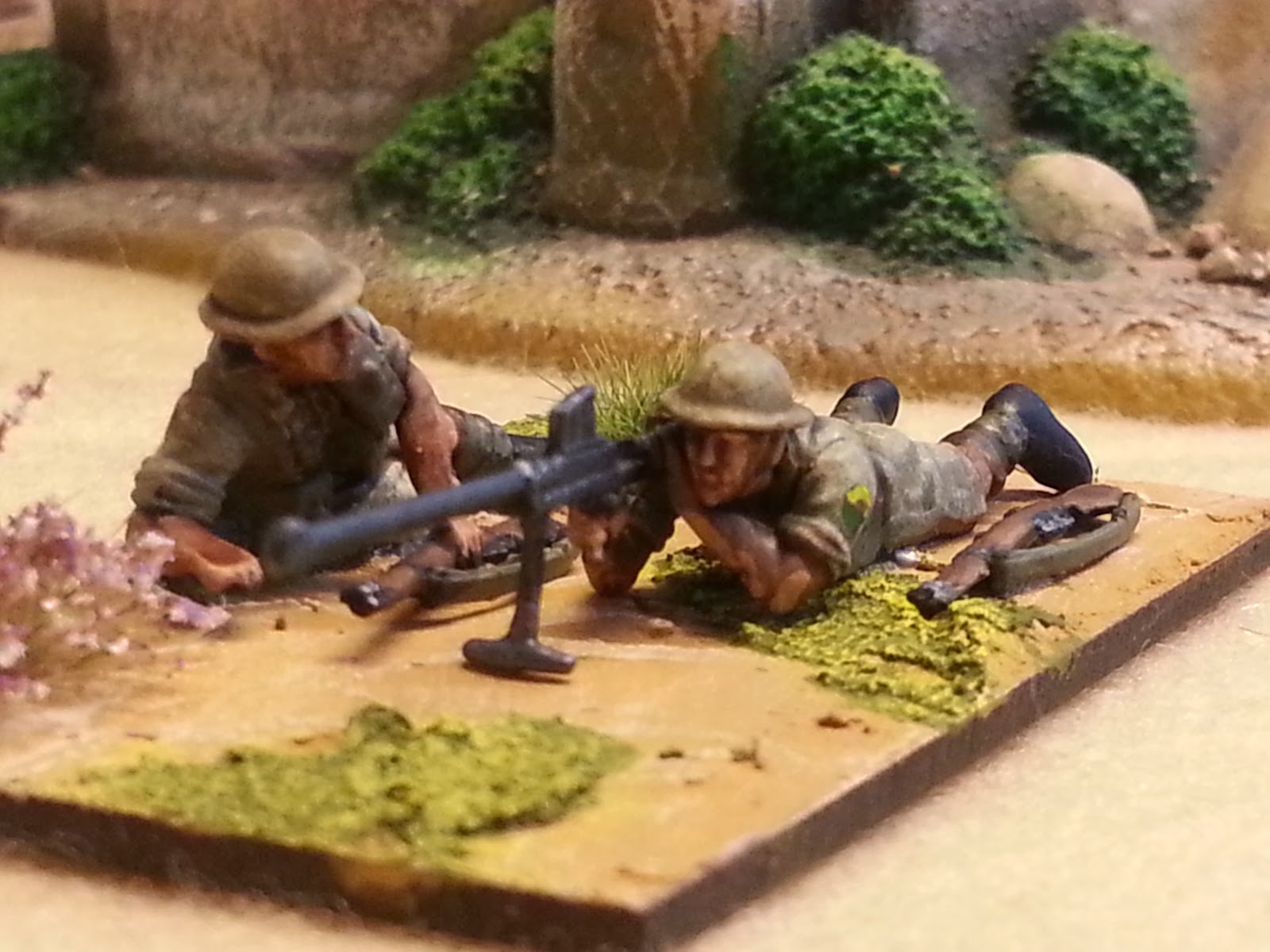 This is the fourth box of Perrys I have done, third for myself and l have one in the ready bay so I have got in a bit of a groove with them. Only one complaint not enough prone figs to do a deployed and moving bren team. There is no easy way of sorting out the problem, no one makes a deployed gun team on its own which doesn't cost an arm and leg so I will be getting at least one if not two extra boxes to make up the missing bases and then painting and flogging the rest on fleabay to fund the next project. 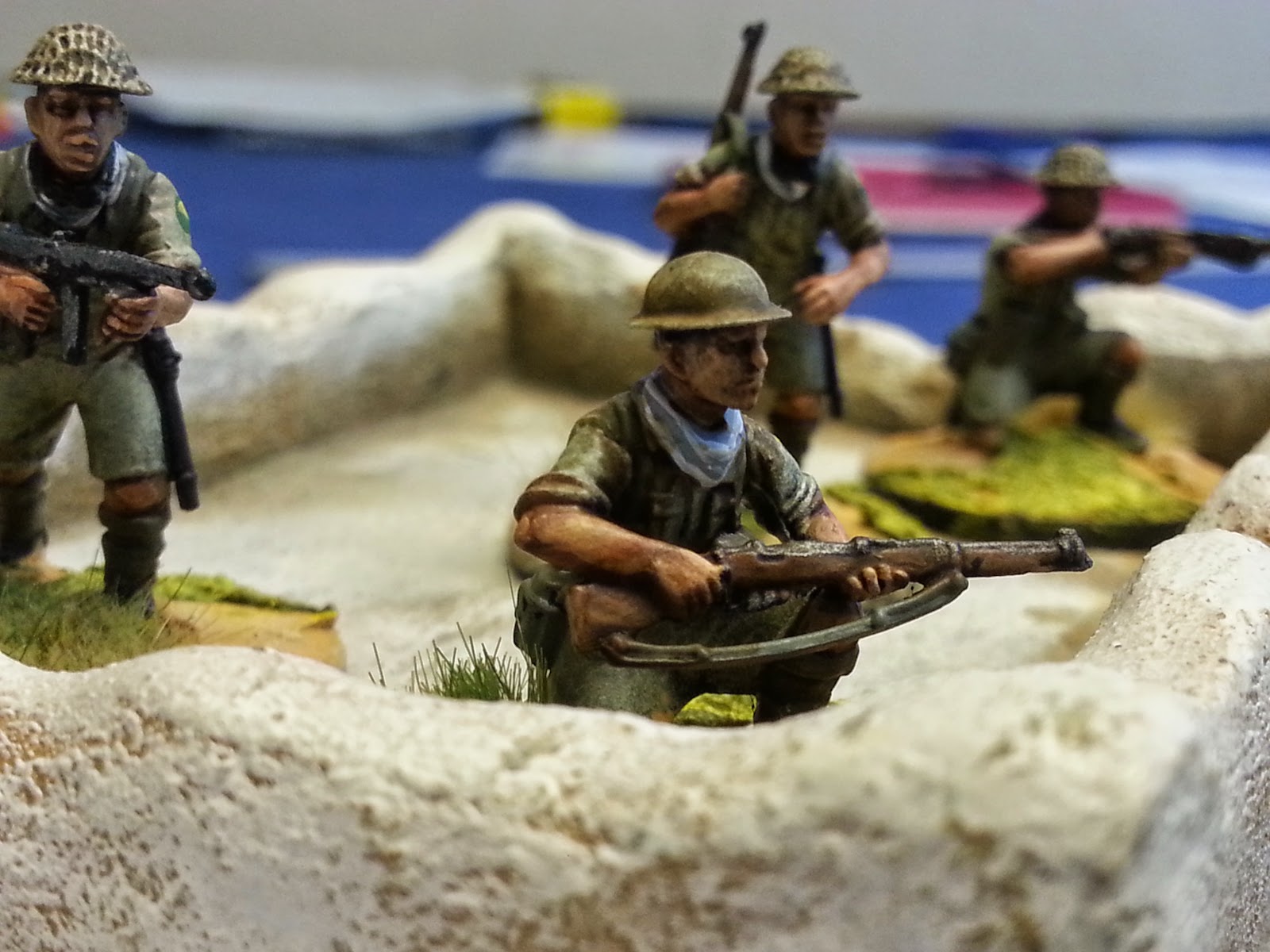 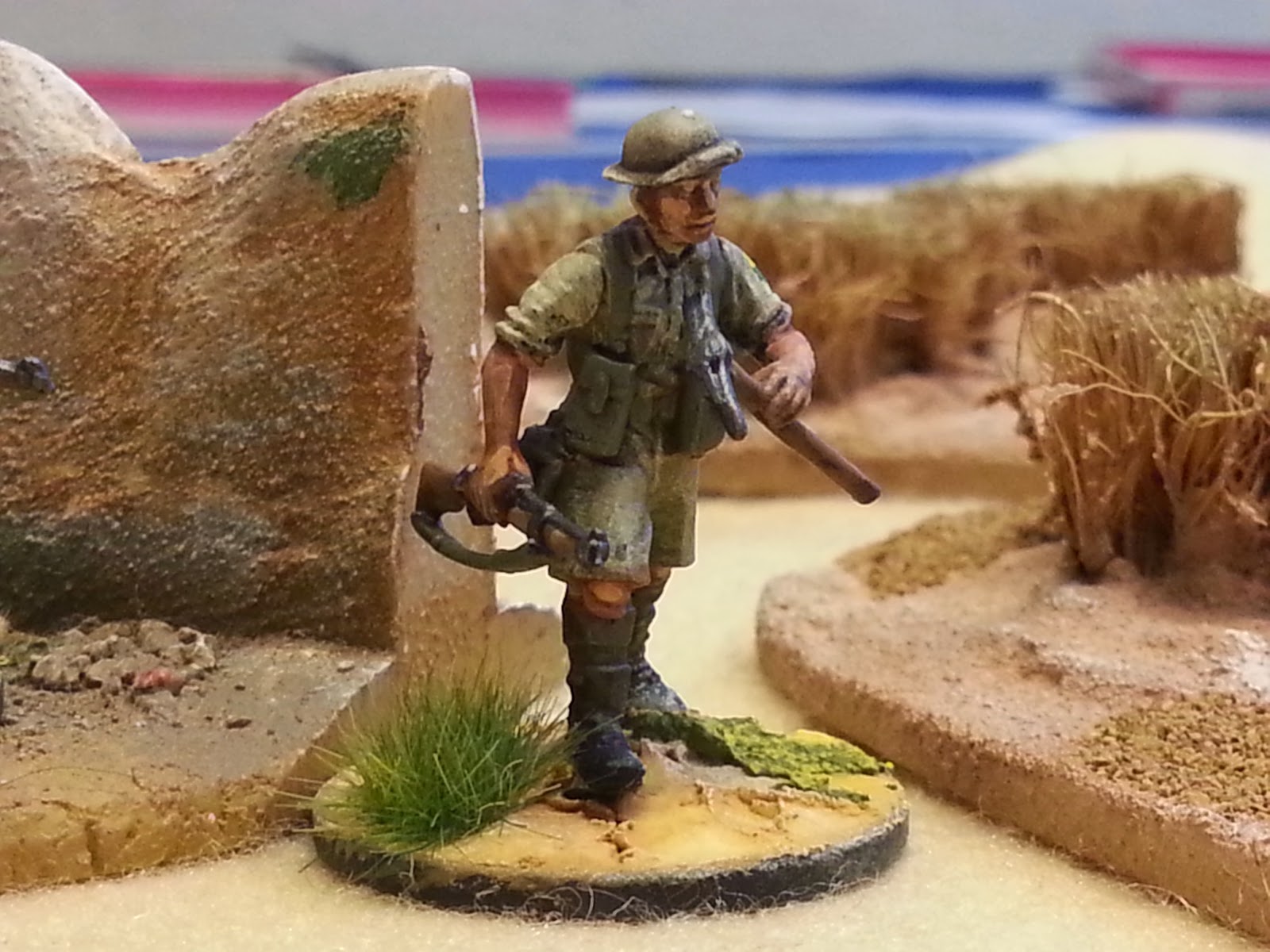 You can easily pick a box of these up for £16 (or less if you know the right people) great value and a great way to build up you re basic troop types, love em. 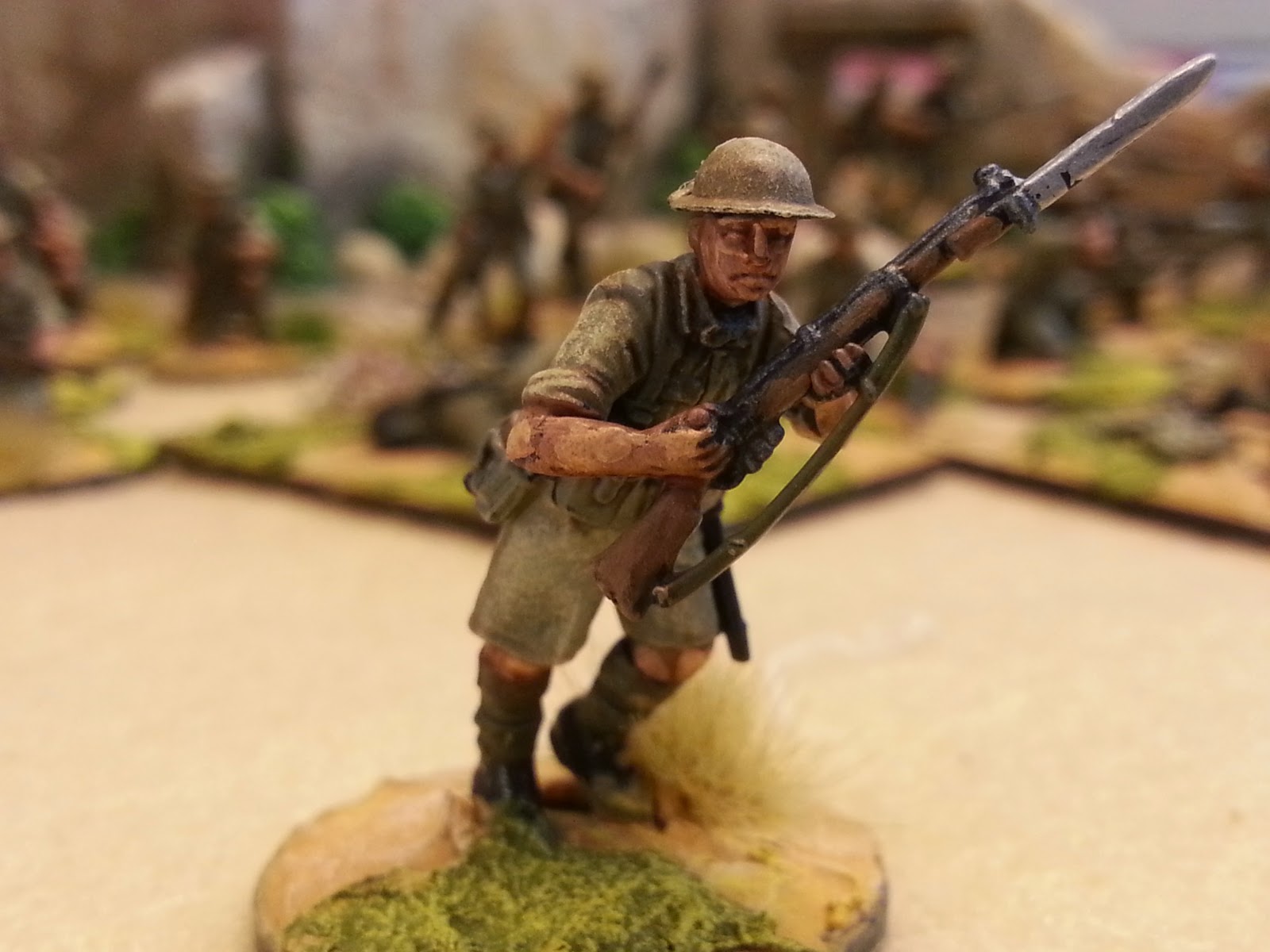