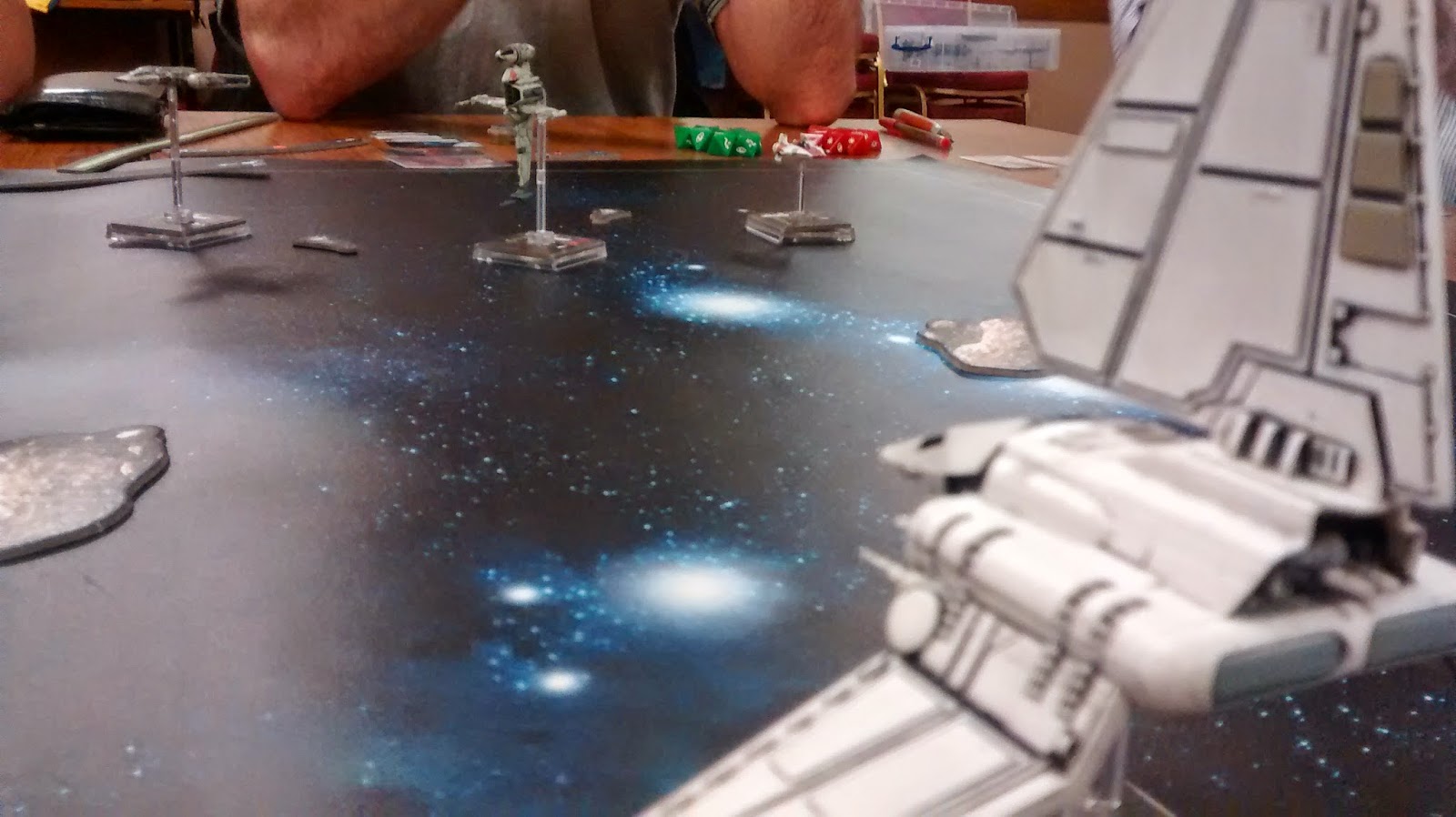 "One of our spies has been caught on the job !

Whilst uploading false information on a set of Imperial Relays he was spotted by 4 TIE Fighters on patrol. He bravely managed to down three of the TIEs before losing the battle and being shot down.

The last TIE was able to escape and inform his masters, it looks as if the Spies uploading equipment survived and Imperial Ships are en route to scan the sensors and recover the device, we must stop them before they obtain any information which could reveal our methods and the locations of our spies. " 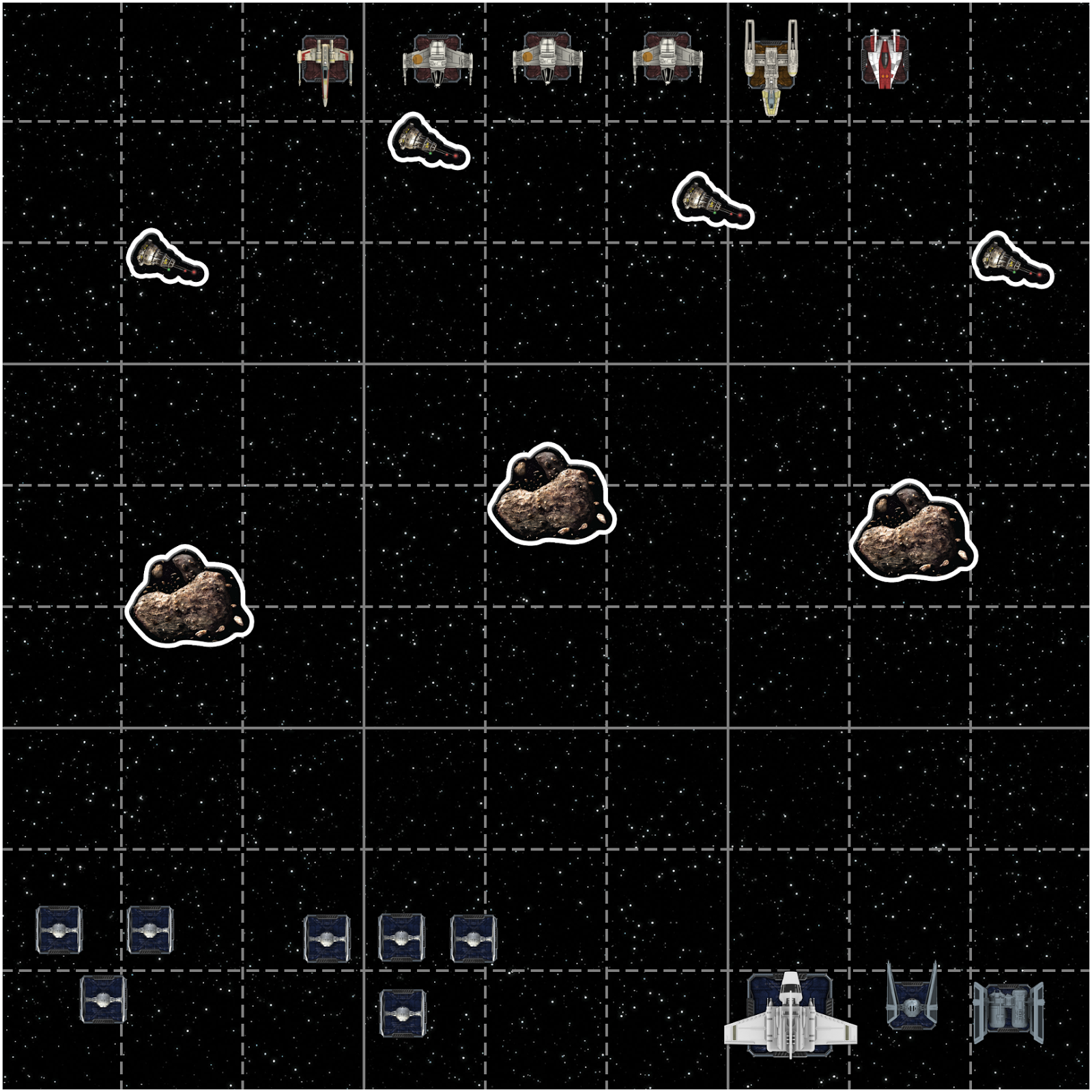 Empire Set up is based on the standard rules in the initial post, 7 TIEs in two squadrons, we had two PS1 Academy Pilots with PS5 Night Beast as Sqn Leader. The second Squadron had three PS 3 Obsidian Sqn Pilots with PS 7 Mauler Mithel as Sqn Leader (all chosen at random by Rebel players)

Empire random ships are rolled up on a table with the Pilots again selected at random, we ended up with a Lambda Shuttle with PS8 Captain Kagi in the hot seat fitted out with Sensor Jammers, Anti Pursuit Lasers and a Weapons Engineer. A TIE Interceptor with Kir Kandos PS6 driving. Finally we had a TIE Bomber with a PS4 Gamma Sqn Pilot carrying a Proton Bomb and 2 each of Proton Torpedoes and Concussion Missiles.

Both sides start range 1 from their respective table edge.

A bit of a change this week as it is the Empire who has the mission, they need to scan all 4 relays by ending a turn within range 1 of each the relays. 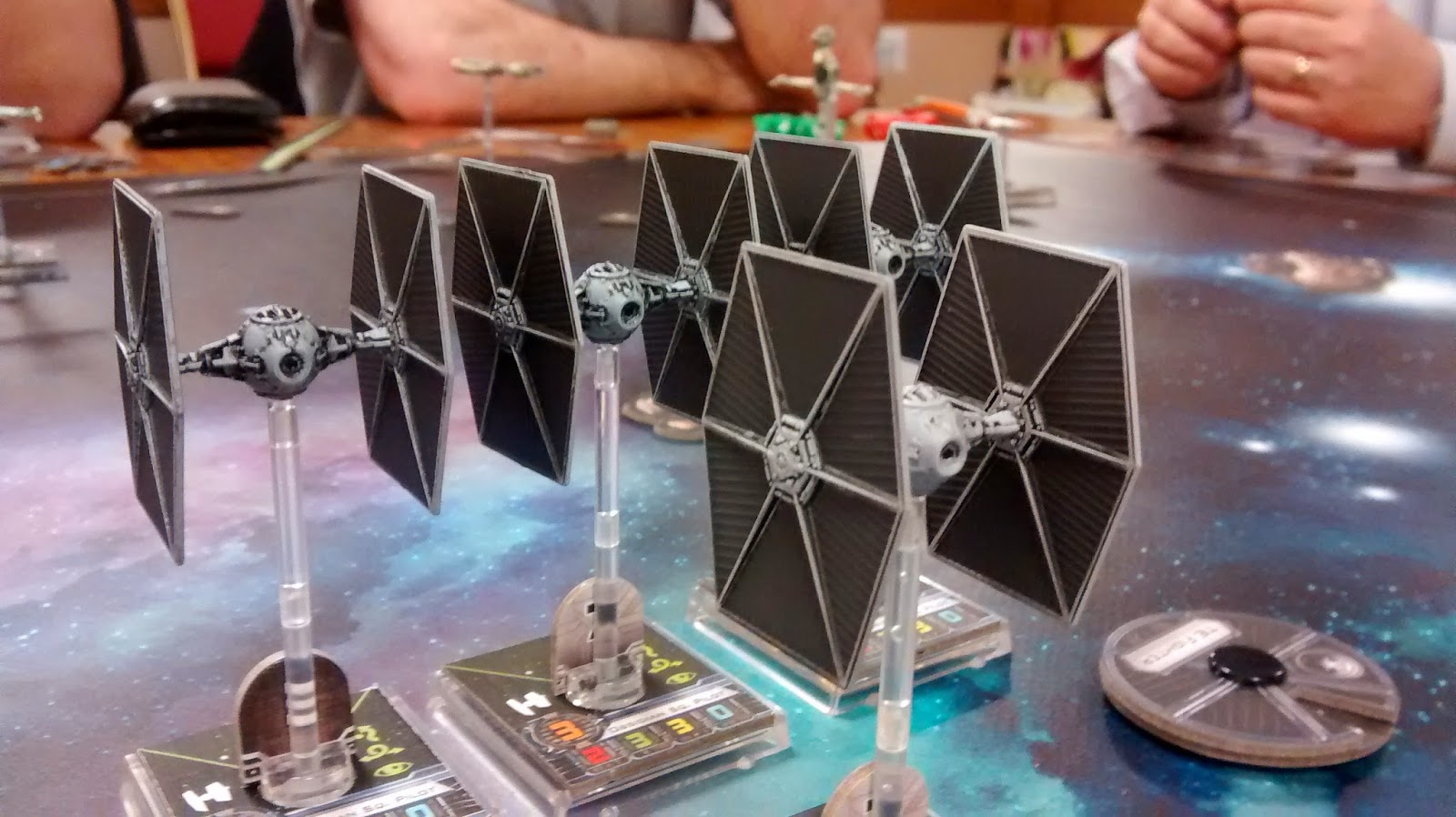 Empire Relay Scan - merely end a turn within range 1 of a relay. 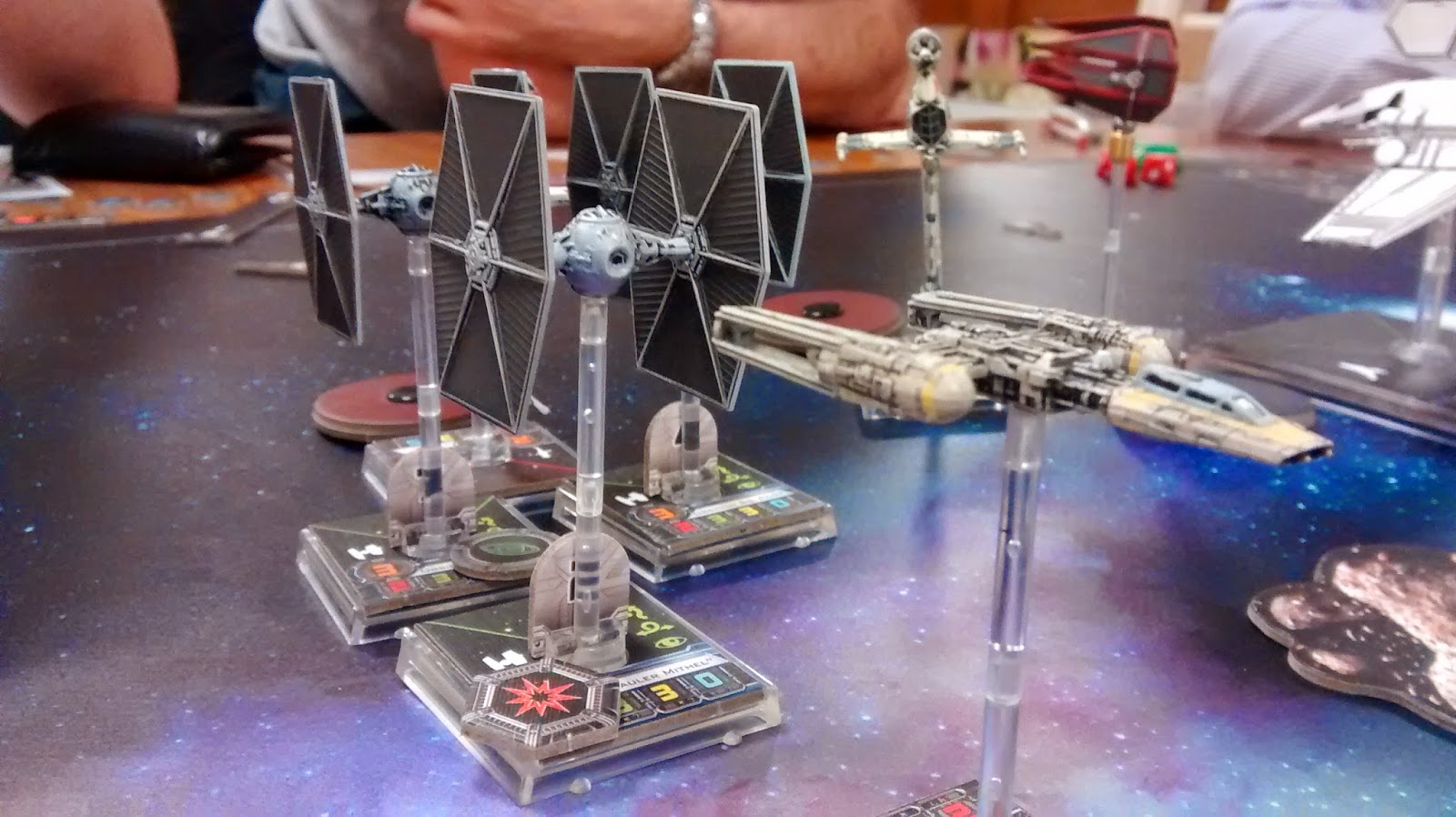 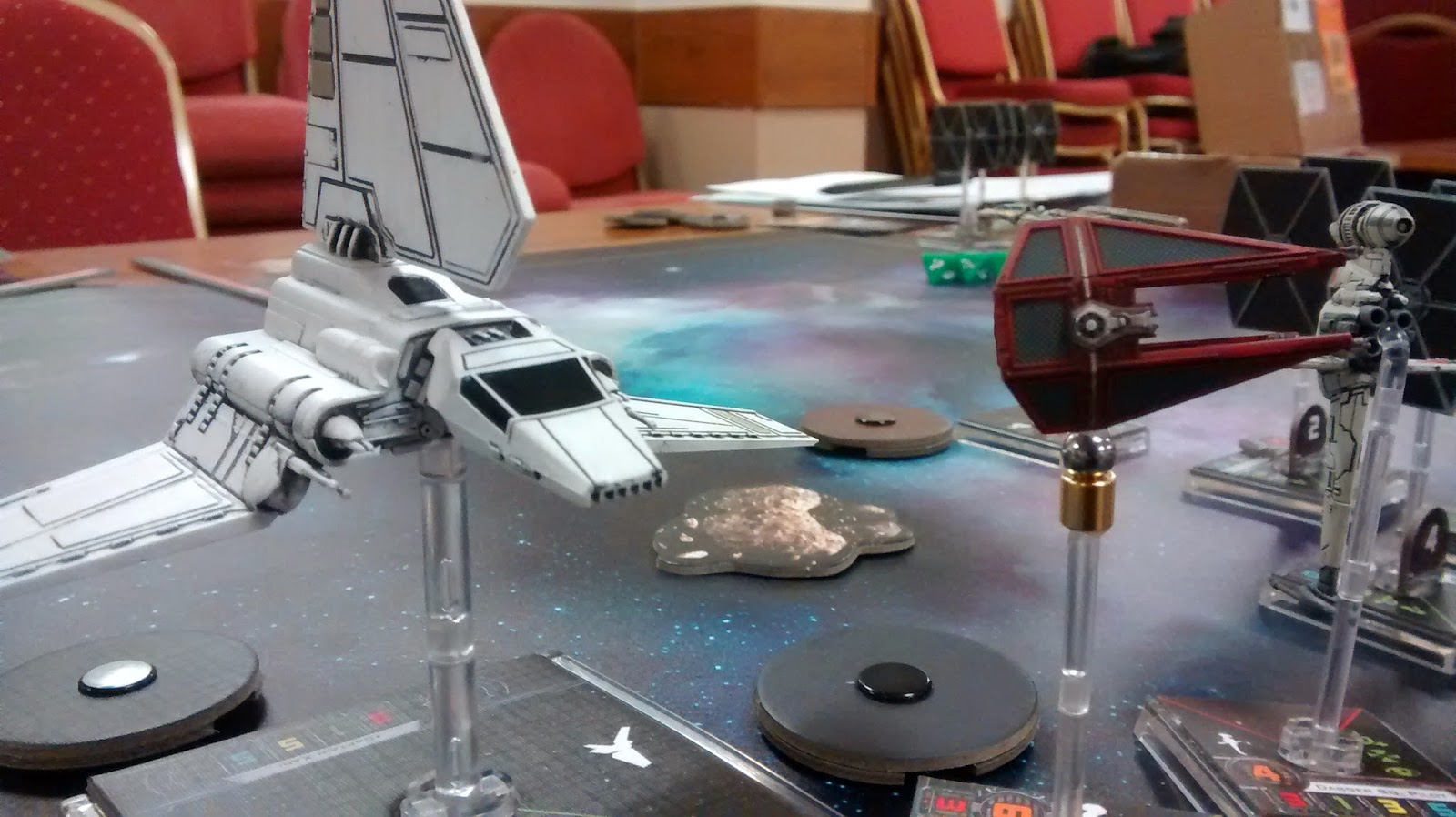 Not an easy one for the Rebels this week but then it is a Campaign. As we progress it gets harder to balance the scenarios, some of the Rebel ship / pilot combos are quite strong now and easily take out a TIE without breaking sweat.

The Empire did a bit of a TIE Swarm with everything heading down one side of the table, one Sqn just went flat out over the top of the rebels whilst the other acted as a blocking force. It worked quite nicely for the evil ones as one of the TIEs broke through and gobbled up two relays without being shot at. On the other side a lone A Wing avoided the Empire big stuff but wasn't able to stop the other two relays being scooped up either. 3 TIEs got wasted in the melee and Pop Cicle had his B Wing shot out from underneath him on the last turn just as his hyperdrive was about to wind up.

A straight forward win for the Empire who needed it after a run of defeats, next game sees the Tantive back on the table with a few twists, we are scheduled for a mid May meet up for the next game so stay tuned. 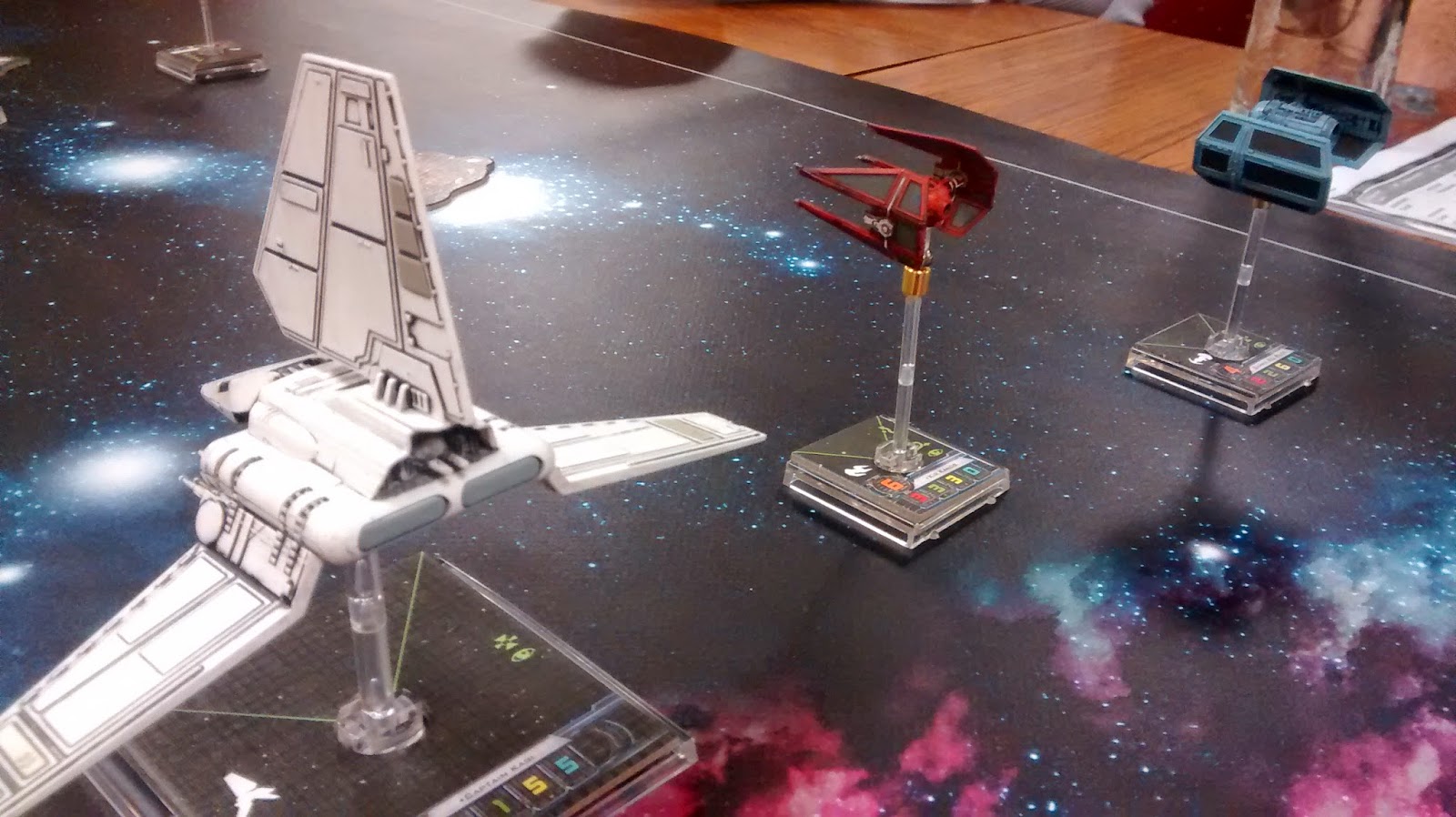 Jim head mechanic in the Rebel Garage had another ship to prep after the damage collision waver on Pop Cicles B Wing was exceeded.

X Wing madness will return with game 13 in May. 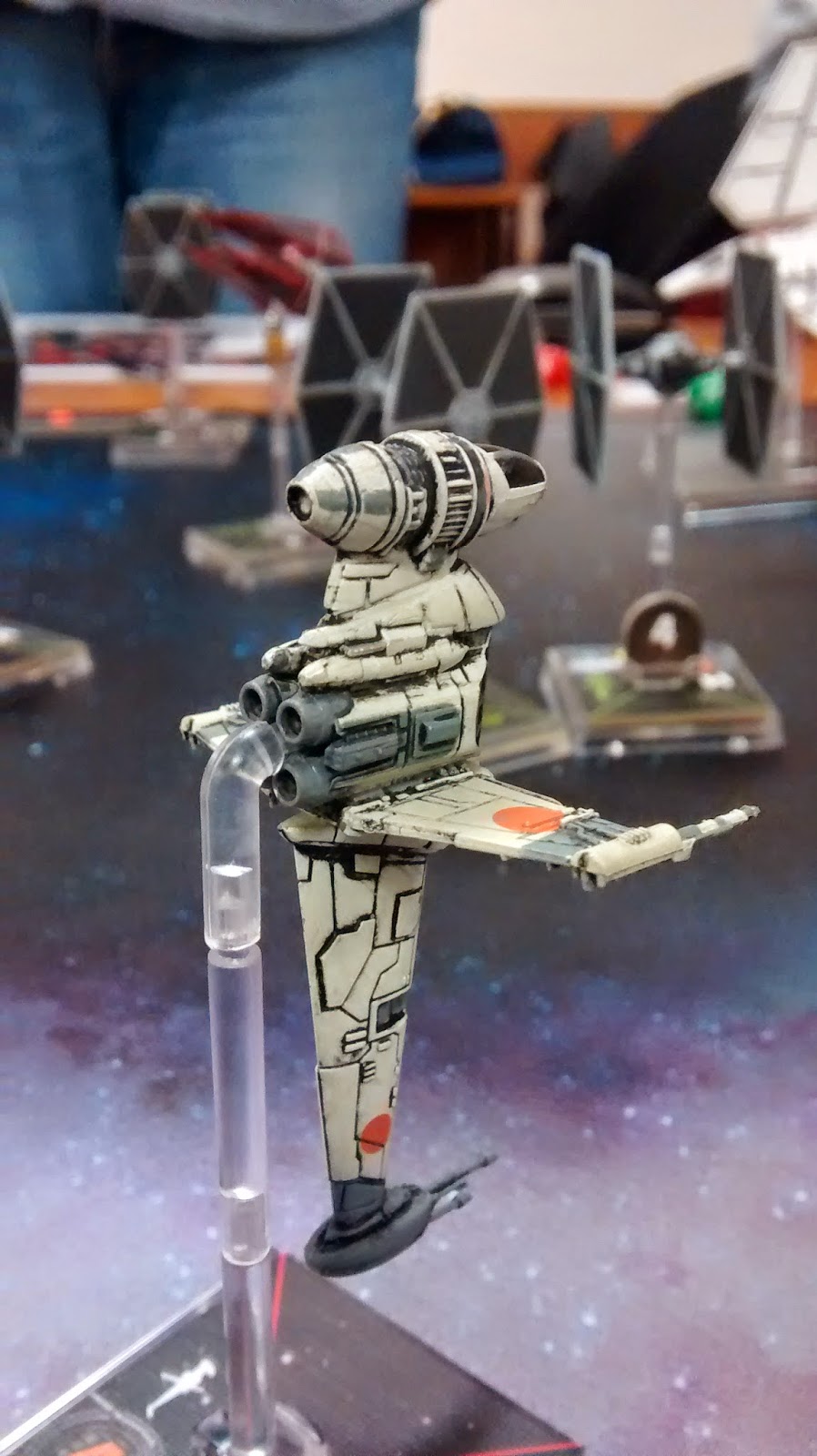