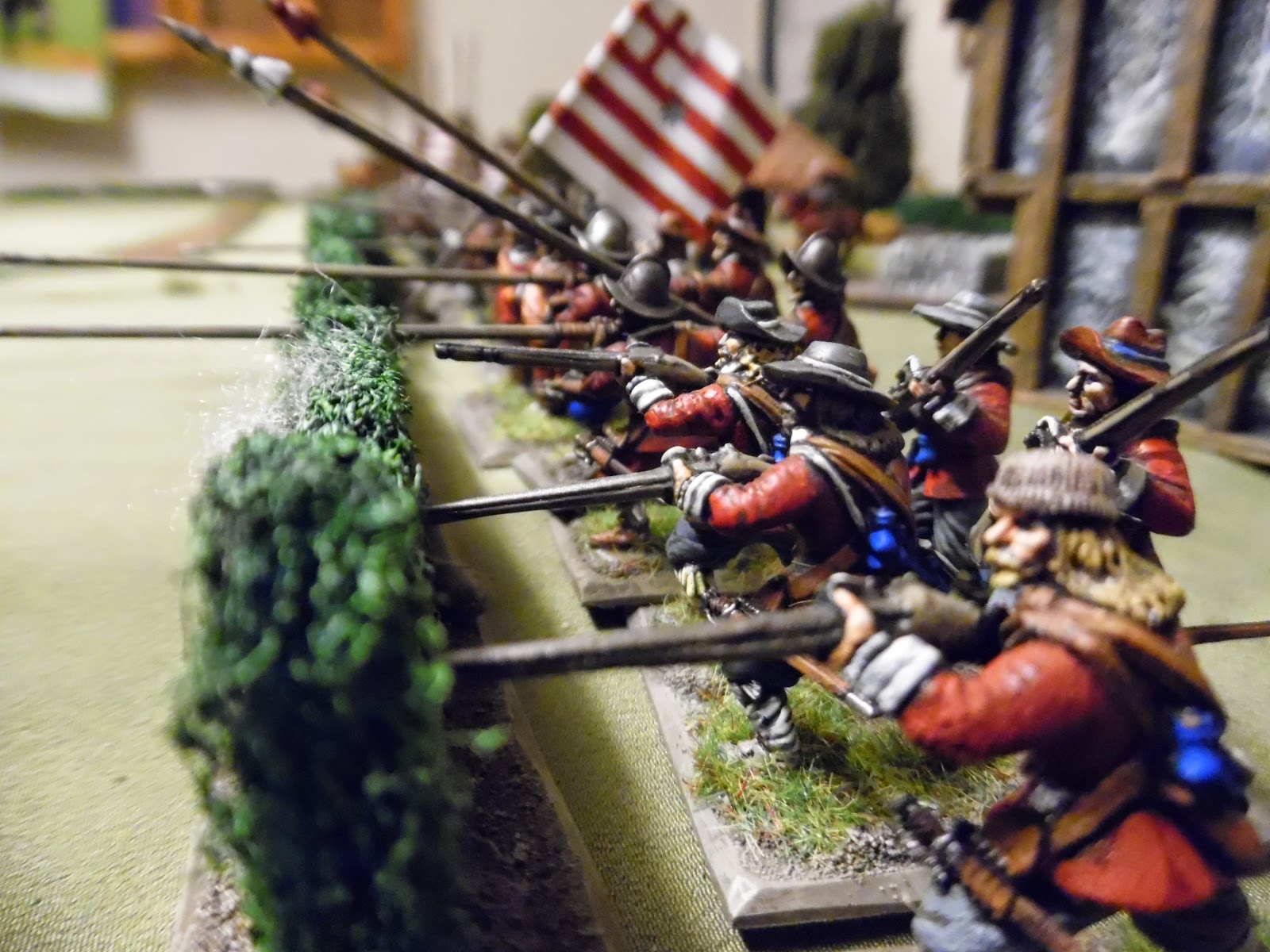 Last weekend saw the dust blown off another one of our groups collections, English Civil War. As a strong Royalist this one is personal, it helps having a couple of the other lot in our group to keep things balanced. However its my blog ! They used to say it was the victor who wrote History, now its the blog owner. We have access to three large collections so there is plenty of choice battle wise, in fact this game got me interested again in the period and I'm putting together a Cropedy Bridge Scenario for later in the year.

The scenario is based on the one contained in English Civil War Gaming Scenarios Vol 2 by Robert Giglio published by Partizan Press, well worth buying its available from Caliver Books

At the start of 1644 His Royal Highness King Charles had received reinforcements from Ireland and had directed Rupert to restore Royalist fortunes in the North of England. The parliamentarian rebels in the Midlands had at the same time committed forces to besiege the Royalist town of Newark, held with a strong garrison and good defences it held out after an initial assault in early March so in the tradition of the time the process of a formal siege began.

On the 12th of March the King directed Rupert who was in Chester at the time to break the siege, setting off he went via Shrewsbury collecting forces en route. Rupert arrived on the field with his Cavalry, the Infantry just behind to find Roundhead Cavalry on the field along with Infantry and Artillery set up in the ruins of an old Hospice (The Spittal) and some Earthen Works.

Waiting for them are Rossiters and Thornhaughs Brigades of Horse. Defending the Spittal is Norfolks Foot, whilst Kings Brigade hold the Earthen Fort (1 gun and 1 battalion) and area around it. Also set up are one heavy gun and 1 Medium Gun facing Newark, these are not used initially as they are considered to be conducting the day to day work of reducing the city walls. They only become active if a) the garrison Sally forth or b) the guns are directly threatened by Royalist Troops.

Objective is simple, break the siege. Orders of Battle are for our set of rules which is loosely based around Forlorn Hope, the definitions should be easily transferable to other sets of rules. 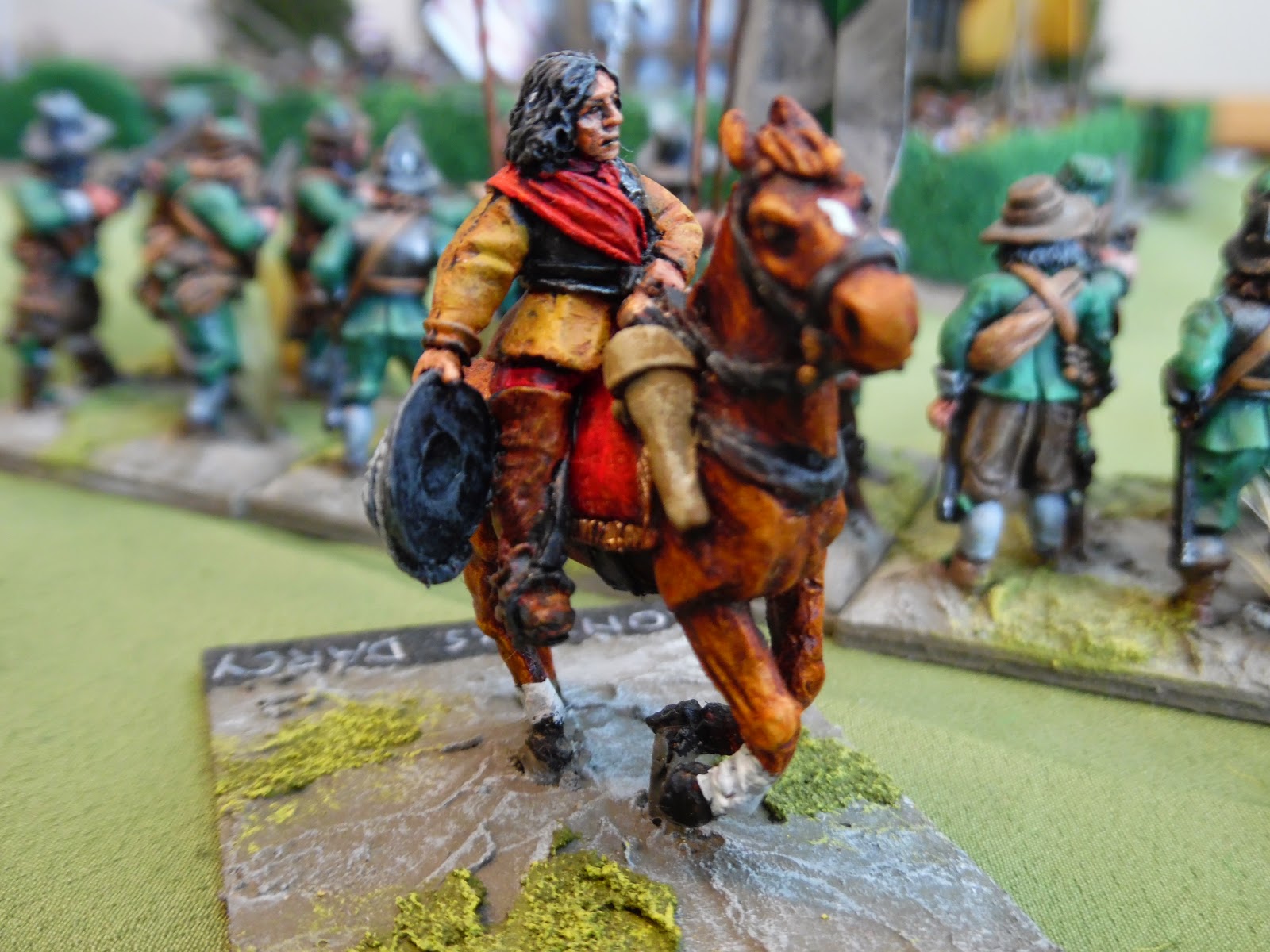 
I have given all the Royalist Foote Pike, it is known that the Shrewsbury Foote left Chester with no pike however we had a three ECW newbies in our game so having all the same Foot the same ratio made life a lot easier for all. I'll conclude this piece shortly with a separate AAR.