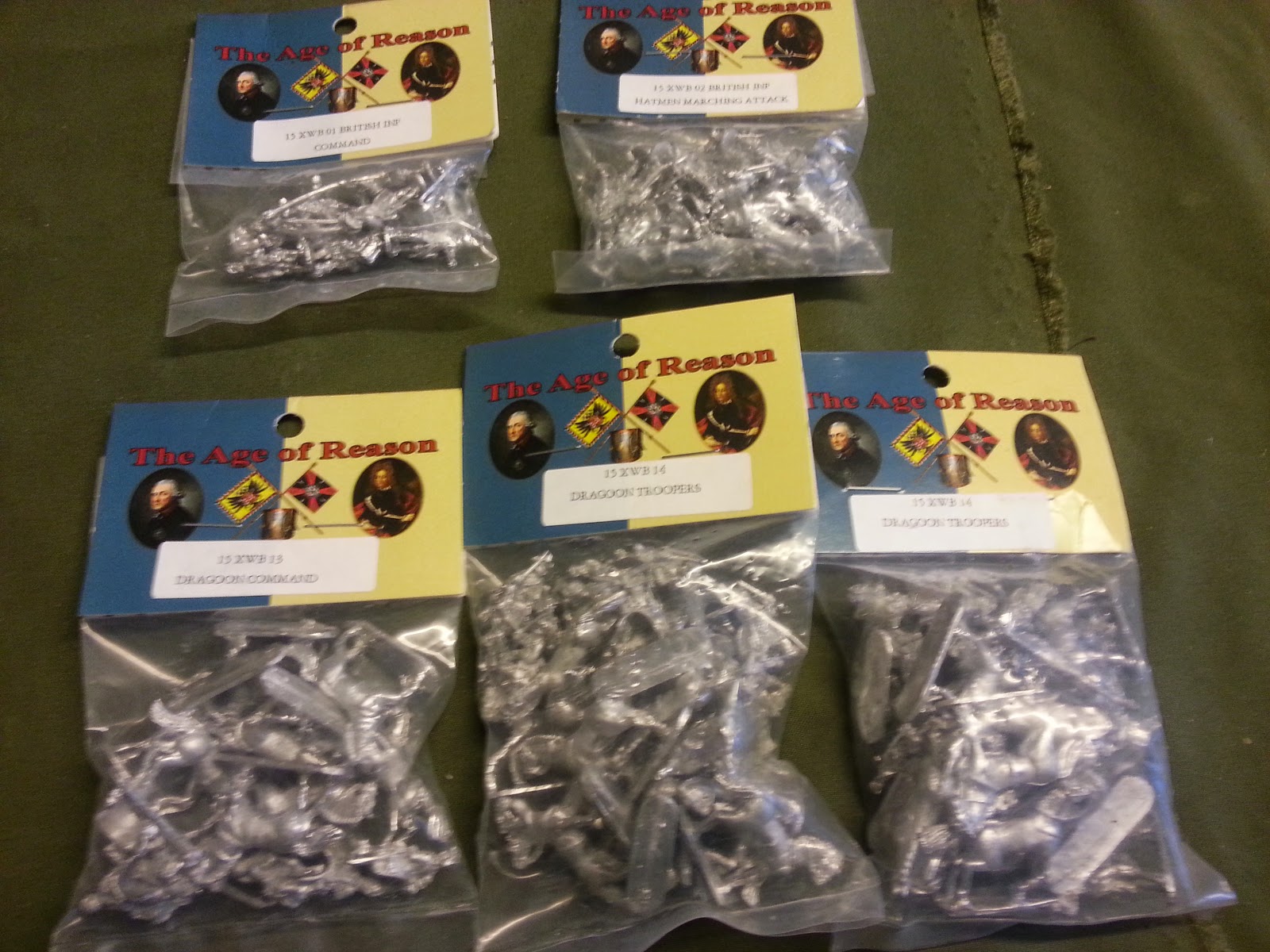 Although they haven't appeared on the blog yet I have a large 15mm Seven Years War collection based around the Minden campaign. A French / Saxony army of around 50 battalions and 35 squadrons of Cavalry and an Allied army consisting of Hanoverian, Hesse and Brunswick troops of a similar size about 2000 figs in all. I'm looking to add to those collections this year and I am already half way through a new 4 battalion brigade of Hanoverians.

One thing missing was some British, looking at the Minden orbat, 6 battalions of foot and 14 squadrons of cavalry are needed, but which figures. I have quite a few Freikorp 15s and although they no longer use the dreadful brittle metal they are a bit hit and miss. Minifigs and Essex are old school, you know what your getting but they are limited in their poses and I have loads of them already for the other nations. Old Glory 15s do a good range but the poor casting of their figures always puts me off.

I saw some of these Blue Moon Manufacturing on TMP and thought I would give them a go. Old Glory UK supply the figures in the UK and a jolly good service too, ordered on line Sunday on the doorstep Tuesday. The command packs for the foot have 10 figures and cost £5, whilst the infantry packs contain 30 figures for £12, I ordered 1 of each to give me 2 x 20 figure battalions. Cavalry Command are 9 figures for £8 with the basic troopers costing £13 for 15, I use 6 figs per squadron so I got 6 squadrons with 3 spare figs from one command and two trooper packs. I was after Horse and Dragoon Guard figures but they are not available in the UK yet so I got some standard Dragoons.

General impressions are good, there is some flash on the figures (the figs in the pics have NOT been cleaned up) but nothing too bad, the horses look good and in the right proportion. The cavalry are particularly nice and well detailed. Not as sure about the infantry, the faces don't look quite right but I will reserve full judgement until I have painted them.

I will get them on the paint table soon and update you on progress. 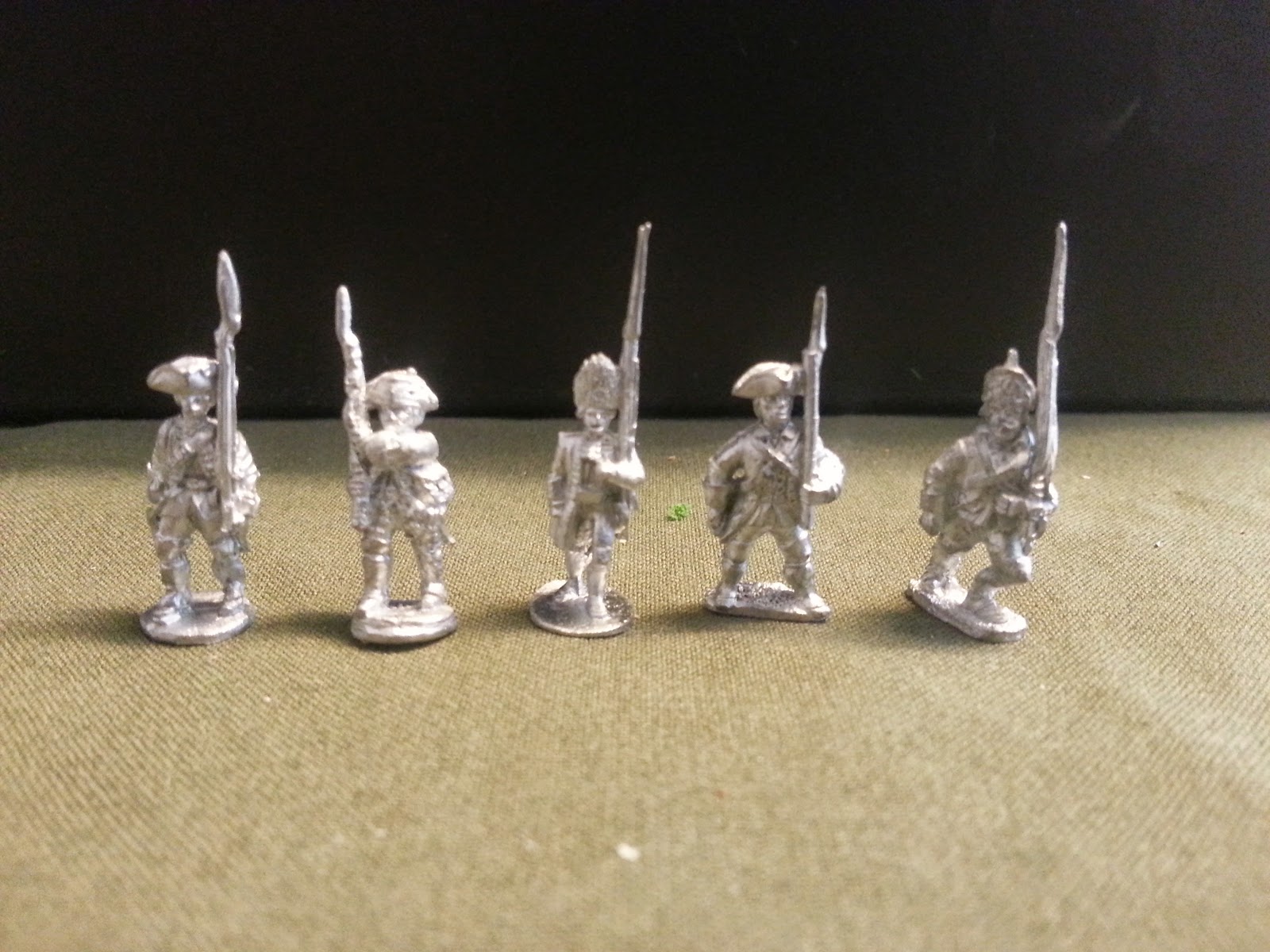 Update - Following the related TMP discussion on this article I have added this photo as a size guide. I don't have exact matches just different manufacturers just to give you an idea. On the left is the Blue Moon, then Freikorps 15, Minifigs, Essec and Old Glory.
Posted by Yarkshire Gamer at 03:19:00