This is a continuation of the X Wing Campaign, full explanation and details of Campaign rules are here

Pilot upgrades - Rick O'Shea is back after being shot down and surviving for 3 games in a row, he has been given the oldest creakiest B Wing and was glared at by Chief Mechanic Jim on his way to the flight deck, he has also been issued with a special flight helmet which has ice packs over the ears as they have been suffering from a strange burning sensation.

"Gentlemen, we have received information that an Imperial Communications array is active in a nearby sector, your mission is simple, jump in, destroy the relays and jump out, Intel suggests that the relays will be guarded by a prototype Tie Droid" 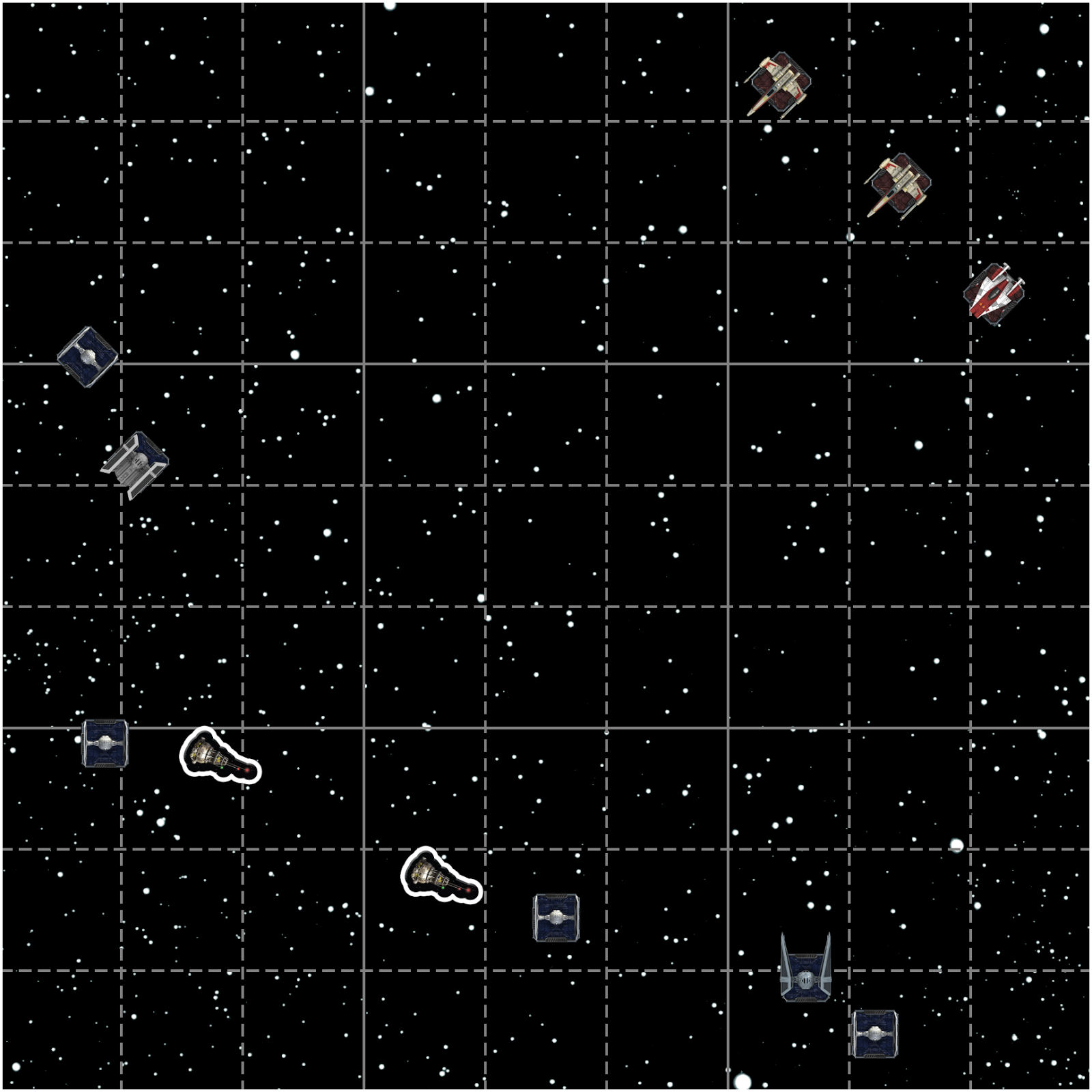 Empire ships are 2 Academy Level 1 Ties a Level 2 Tie Interceptor and back by popular demand Jeff Vader a level 4 Tie Advanced, along with two Tie Droid (Mk1), set up as shown above. Rebel ships start range 2 onto the board in the top right hand corner away from the relays.

Tie Droid (MK1) - two of these ships are on table, one assigned to each of the relays, this is the basic cheap version with an automatic pilot, the ships have Pilot Skill 0 and will rotate around the relay using the 3 tight turn marker each phase, no deviation, they will fire at ANYTHING in front of them (apart from the other droid or relay), if two targets they fire at the nearest, all other stats are as a Lvl 1 Tie Fighter.

Protect Action - Any Imperial ship may sacrifice its own action in a turn and use a Protect Action on one of the relays, give the relay 1 evade token.


Exiting to Hyperspace - For this scenario Rebel ships may jump to hyperspace without any die rolls in the turns end phase.

Communications Arrays - 1 per 2 rebel players, each has 1 shield and 3 hull, criticals count as 1 hit. 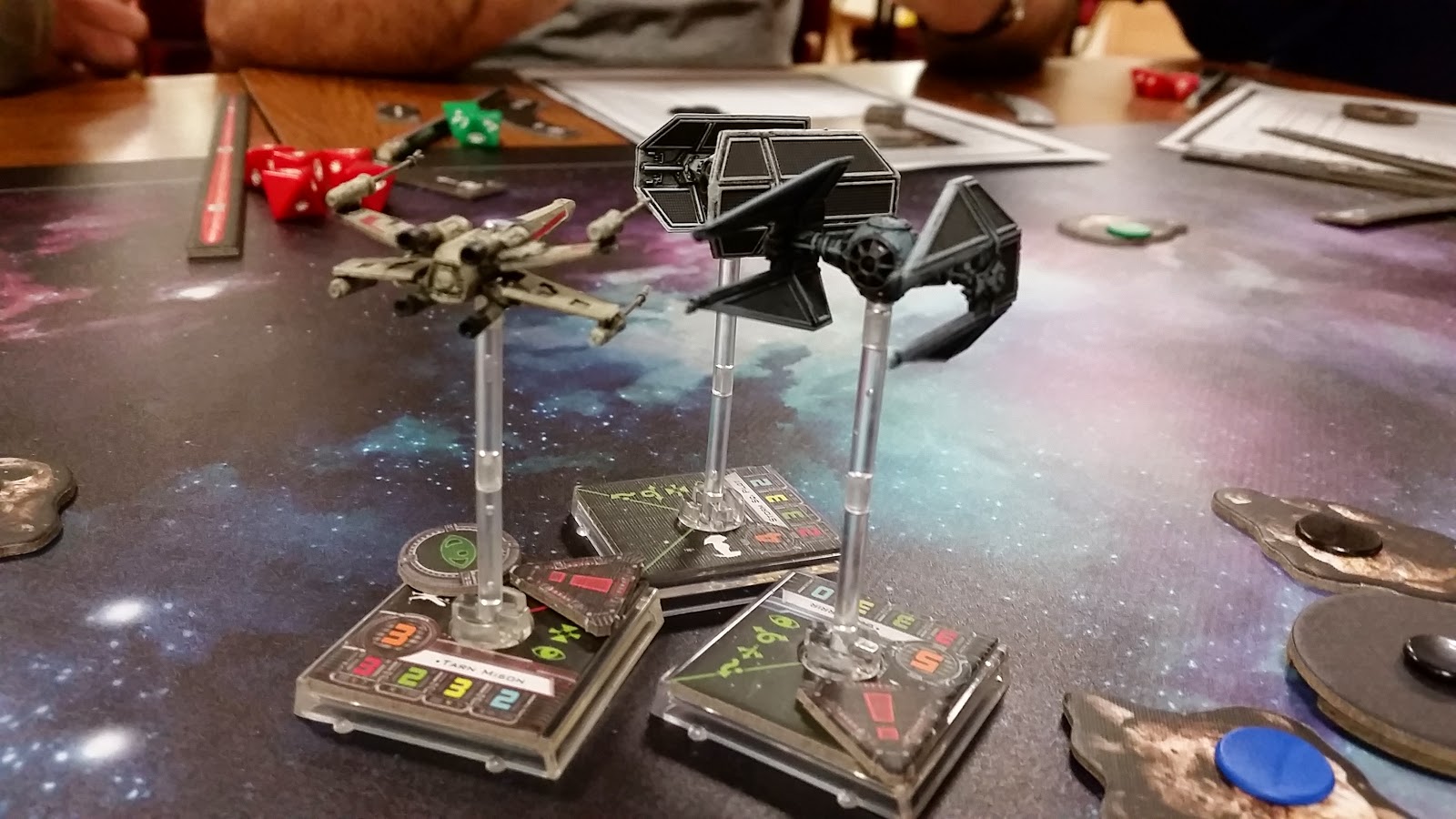 3 Rebel pilots took on the might of the Empire, all veterans of previous missions, it was not a pretty site, Rick dived in an got beaten up fairly quickly and jumped, the other two calculated the odds and jumped straight away too ! Comedy moment was supplied by the Empire when a Tie Fighter drifted in front of a Tie Droid and got shot down oops.

Jim head mechanic in the Rebel Garage was in the infirmary after hitting his head on tool bench when he fainted after all the ships came back from the mission.

Rick O'Shea spent his 5 GC on an Autoblaster.
Captain Tangent who spent 6 GC to upgrade to pilot skill 3.

"Gentlemen, we have received reports that an Imperial Escort Carrier has been damaged, it has been struck by mines above the planet Yuka. The Carrier has performed an emergency landing on the planet surface where there are extreme high temperatures, this is slowing the repair. Get in and destroy the stricken carrier, you will need to be quick before the temperatures effect your fighters" 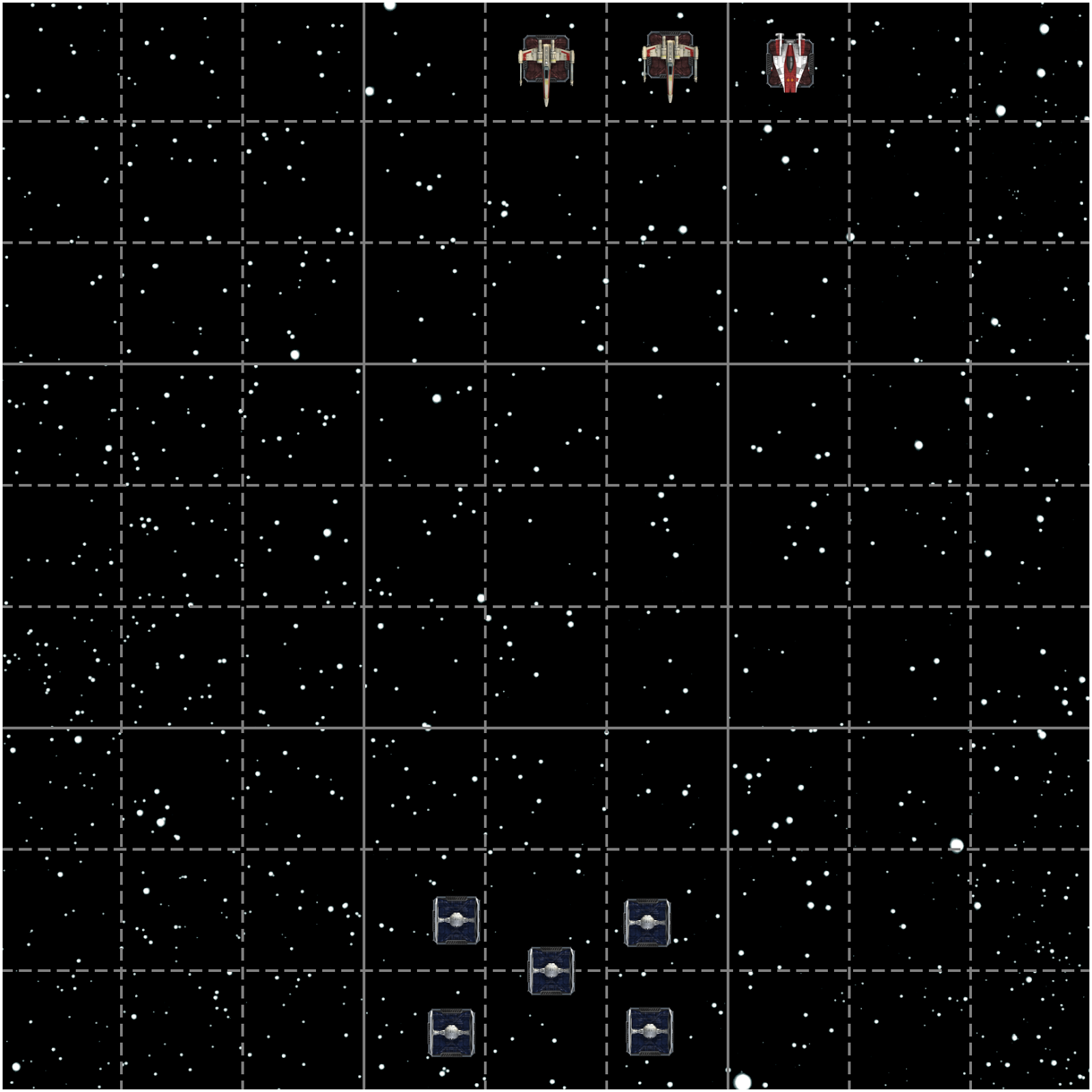 Empire ships are 4 Academy Level 1 Ties and a named Tie Pilot selected at random (it was Howlrunner PS8), all set up range 1 from Empire base edge. Rebel ships start range 1 onto the board (standard 3 x 3).

Imperial Carrier - The whole table is classed as the deck of the Carrier, it has 2 Armour and 2 Agility (which only last until 2 hull points are destroyed) and 9 pts of hull (3 per rebel player). The carrier has active point defence and will roll 5 defence dice when under secondary weapon attack.

Attacking the Carrier - At the start of the movement phase each Rebel player must declare if he is diving down to low level to attack the Carrier, if he does they are immune to the Imperial ships above so long as at least 1 Rebel player stays "high" to hold them off. At low level the Rebel player can attack the Carrier however he is also vulnerable to the point defences of the carrier and will receive a standard 2 attack die, criticals count as 2 hits with no extra effects.

Extreme Temperatures - From the start of turn 4 the temp starts to effect the ships, before moving each ship must roll 1 attack die, if any hit is obtained the ship is ionised, this increases to 2 attack die on turn 8. Ships can avoid the effect by travelling at speed 3 or above (2 plus boost would count but not 2 plus barrel roll) 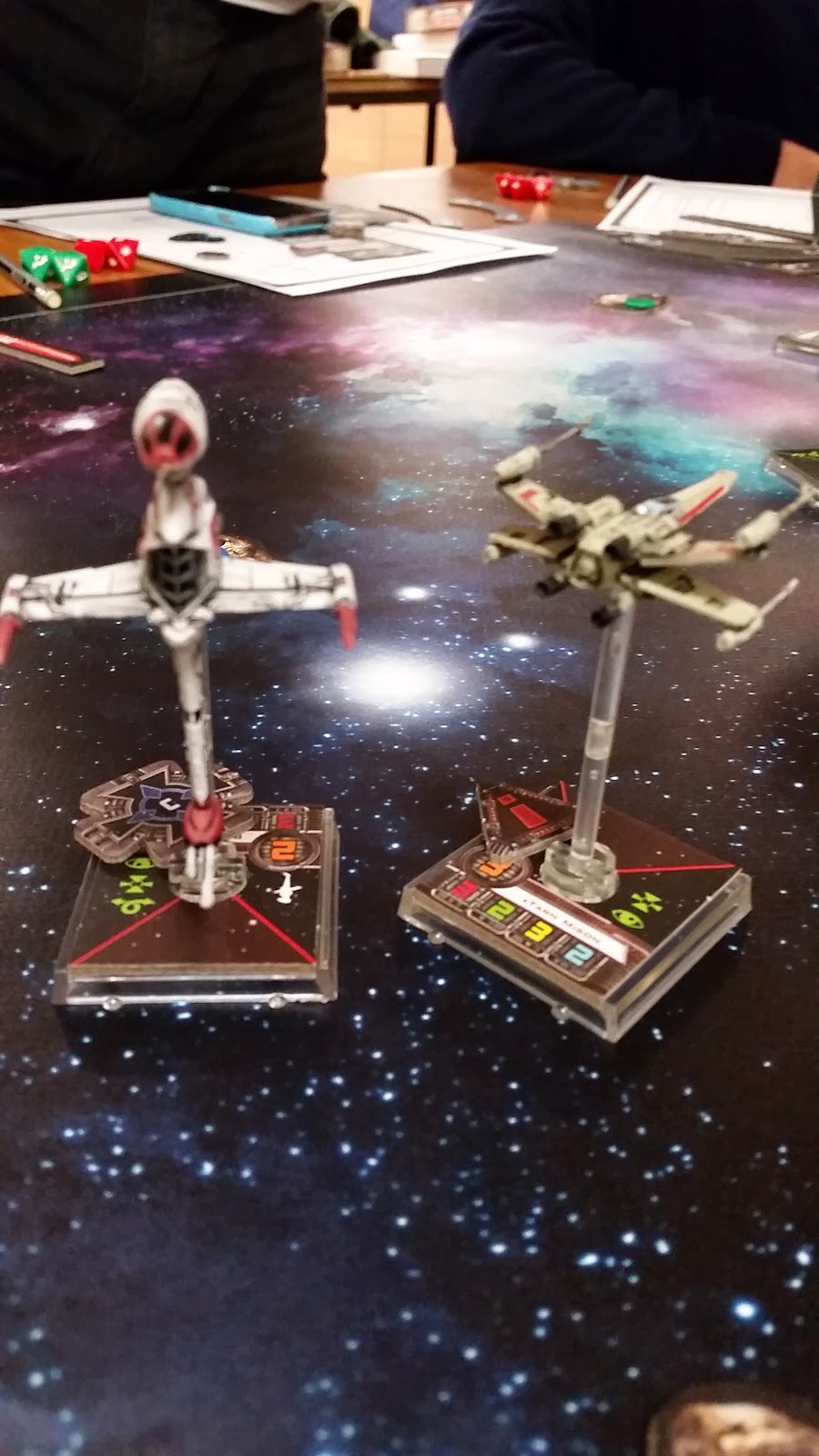 Rebel Victory - Destroy the Carrier and all escape 4 GC, Destroy Carrier and some escape 2GC Imperial Victory Carrier survives. All other results are a draw.

3 Rebel pilots took on the might of the Empire, Rick, Spike and the Captain

An easy victory for the rebels this time, dive in blow up the Carrier and fly out, no problems.

Jim head mechanic in the Rebel Garage was being treated for mild shock, two missions in a row without a Rebel ship destroyed.

And that's all for now folks, Game 6 has taken place with two new Imperial Targets, sorry rebel pilots, game 7 is due next week so it will be the usual double report then.